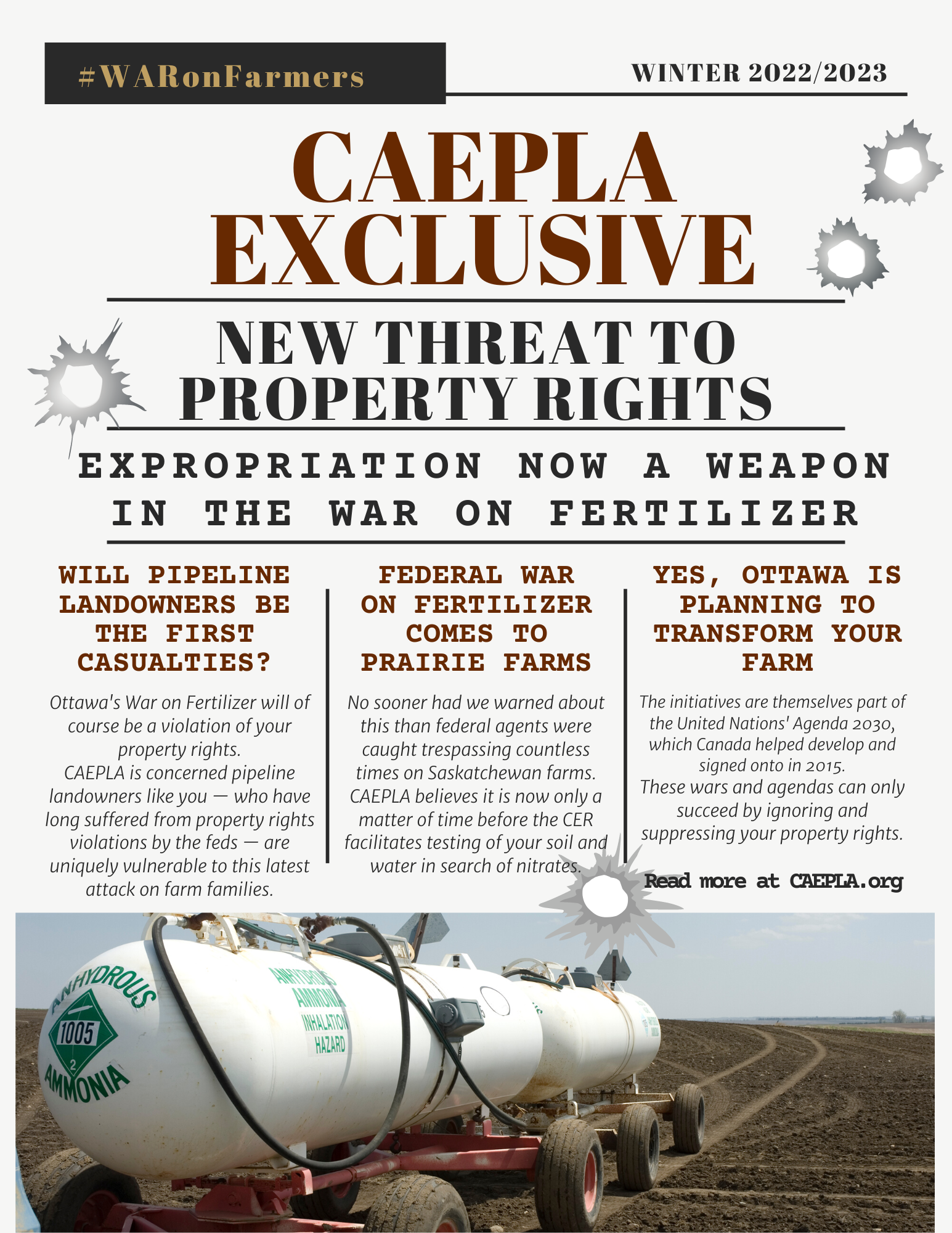 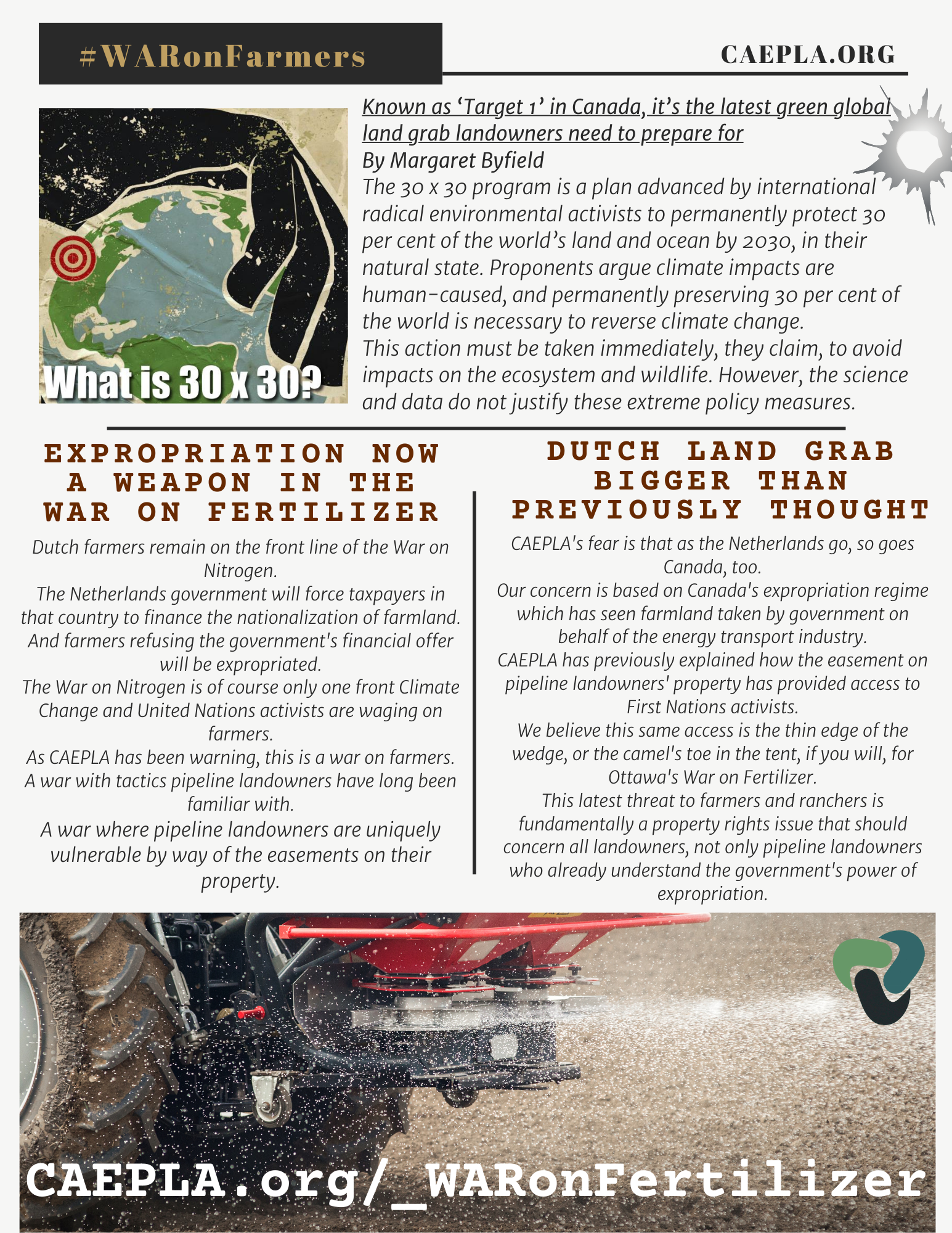 Will the CER Make Pipeline Landowners the First Casualties in the War on Fertilizer?

By now you have probably seen the news stories about the uprising by Dutch farmers angry at the Netherlands government policy to cut nitrogen emissions 50% by 2030.

But have you also heard Ottawa plans to wage its own War on Fertilizer?

Here is a grassroots take on the subject:

We told you earlier this year about Ottawa's coming War on Fertilizer and how pipeline landowners are uniquely vulnerable because of the federal government's control of the easement on your land.

Yes, Ottawa Really Is Planning to Transform Your Farm

Ottawa's push to reduce nitrogen emissions over the next several years is part of what CAEPLA calls a War on Fertilizer — and by extension a War on Farmers.

Expropriation Now a Weapon in the War on Fertilizer

Dutch farmers remain on the front line of the War on Nitrogen.

The Netherlands government will force taxpayers in that country to finance the nationalization of farmland.

And farmers refusing the government's financial offer will be expropriated.

You won't find many countries more like Canada than the Netherlands.

Help CAEPLA continue to monitor, alert, educate and campaign against this latest outrageous threat to your property rights.