Expropriation Now a Weapon in the War on Fertilizer

Dutch farmers remain on the front line of the War on Nitrogen.

The Netherlands government will force taxpayers in that country to finance the nationalization of farmland.

And farmers refusing the government's financial offer will be expropriated.

The War on Nitrogen is of course only one front Climate Change and United Nations activists are waging on farmers.

As CAEPLA has been warning, this is a war on farmers.

A war with tactics pipeline landowners have long been familiar with.

A war where pipeline landowners are uniquely vulnerable by way of the easements on their property.

Easements already accessible to First Nations activists, themselves part of the global Climate and UN agendas.

CAEPLA's focus has always been first and foremost on the problems associated with expropriation — or the threat of — by government on behalf of big energy corporations.

But we have always maintained the larger and existential problem is that of your property rights.

The time has come for all farmers, ranchers and other agricultural landowners to unite...in defense of the property rights that make your prosperity and way of life possible.

Netherlands to Buy Out Farmers Amid Pushback Over Nitrogen Goals

(Bloomberg) -- The Netherlands laid out plans to buy out hundreds of farms near nature reserves, an attempt to quell the fury of Dutch farmers over its goal of halving nitrogen emissions by 2030.

The government will acquire large nitrogen emitters as part of a voluntary and one-time offer, said Nitrogen Minister Christianne van der Wal-Zeggelink in a letter to the parliament in the Hague. The cabinet has set aside €24.3 billion to fund the transition.

The target, designed to comply with European Union rules on reducing nitrogen pollution, prompted uproar among farmers shortly after it was first presented in June. If implemented, the government’s plan would require cuts of as much of 95% in emissions in some provinces and see the livestock population in the Netherlands reduced by a third over the next eight years.

The protests drew global headlines this summer as farm-owners brought their cows to the Hague, blocking roads and prompting the agriculture minister to quit.

If not enough farmers sell their businesses, then the government may have to force some of them out of business, Prime Minister Mark Rutte said in a press conference on Friday.

The Netherlands is the second-largest exporter of agricultural products, with estimated exports of 104.7 billion euros ($111 billion) in 2021, according to Wageningen University. Cattle and fertilizers are key sources of nitrogen emissions. 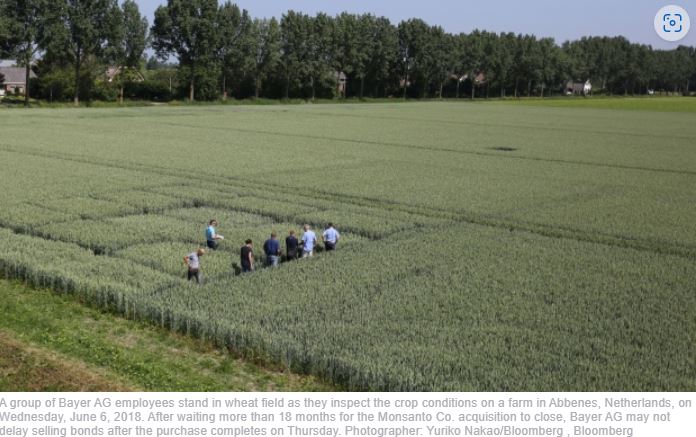