Meeting of the Minds

The CAEPLA Enbridge Workshop Series continues to bring peace of mind to landowners.

CAEPLA has worked with and on behalf of landowners for at least a couple decades. Before that, the roots of CAEPLA can be found in the work of Peter and Jean Lewington and Stuart and Jocelyn O’Neil who “mortgaged their farms and families’ futures in the best interests of all Canadians” to protect their farmland as recorded in the Summer 2016 issue of the Pipeline Observer article “The Book that Inspired the Creation of CAEPLA.”

CAEPLA was founded by landowners, for landowners and is all about landowners. As such it has always recognized the importance of landowner stewardship responsibilities and how that relates to protecting the environment, the productivity of the land, and safety issues.

Face it, your land is your greatest investment and for most of you, your livelihoods. Equipping yourself with knowledge is important in protecting that investment.

With that in mind, CAEPLA initiated its first-of-a-kind workshop series in Western Canada in the fall of 2015 and in Ontario the following spring. This first series discussed crossing issues and the Enbridge Crossing Tool and App. In Ontario we also included a discussion on the recent shutdowns of valve sites by anti-pipeline activists, featuring a discussion on security — what Enbridge was doing to protect valve sites, how this affects your land and safety, as well as looking at biosecurity risks posed by trespassers.

The feedback from the inaugural series was very positive so we followed up with another workshop series Spring 2017, once again on topics that directly affect landowners with Enbridge pipelines on their property. The topics addressed this time were biosecurity and integrity digs.

In the “win, win” business agreement on the Enbridge Line 3 Replacement Project (L3RP) negotiated between CAEPLA, MPLA (Manitoba Pipeline Landowners Association), SAPL (Saskatchewan Association of Pipeline Landowners) and Enbridge back in December 2015 and unanimously ratified by landowners in February 2016, a precedent-setting biosecurity protocol was negotiated, too.

“[This] agreement establishes a new standard for the identification and mitigation of clubroot biosecurity risks for landowners concerned about the introduction and spread of pathogens to their property as a result of pipeline and hydro transmission development…” (“Controlling Biosecurity Risks”, Autumn 2015 Pipeline Observer)

Understanding that these topics are top of mind for landowners, Enbridge spoke on the biosecurity protocols in the Agreement and how it will be carrying them out, both during the construction of L3RP as well as on every integrity dig conducted going forward.

As advertised, these workshop series are “Talks for, by and about landowners.”

The format is a relaxed atmosphere. Landowners can ask questions during and after the presentations, as well as go one-on-one with both Enbridge and CAEPLA reps. During each of the sessions, held in Brandon, Manitoba, Outlook, Saskatchewan, and Ilderton, Ontario, there was no shortage of lively discussion.  Productive exchanges took place including and especially between landowners themselves, over coffee and a delicious full course hot lunch.

The saying that “knowledge is power” is very familiar. But knowledge also can bring peace of mind and relieve anxiety when you have a deeper understanding of an issue. This was the takeaway expressed by most of the landowners attending the workshops. Having both Enbridge and CAEPLA in the same room to answer their questions created and lot of consensus and confidence.

And not only did landowners get their questions answered, key members of the Enbridge team also left with a greater understanding of why these issues are so crucial to the livelihoods and operations of the farmers present.

“These workshops are very informative and positive. The format of these workshops is great as it encourages open participation of both landowners and Enbridge. Having both CAEPLA and Enbridge in the same room answering questions gives us more confidence in getting our concerns addressed.”

As another landowner put it, “Kudos to CAEPLA in organizing these workshops and having their lead staff present to answer questions. It is very rare to have such experienced and committed individuals take the time to attend events like these and share from their experience. Thanks also to Enbridge for explaining the processes taken to protect our biosecurity concerns, the processes of integrity digs and developing a respectful relationship with landowners.”

Communication is key to any relationship. Getting passionate and principled pipeline landowners together to share ideas and a meal with the best minds in industry is what CAEPLA’s Workshop Series is all about — see you at the next one! 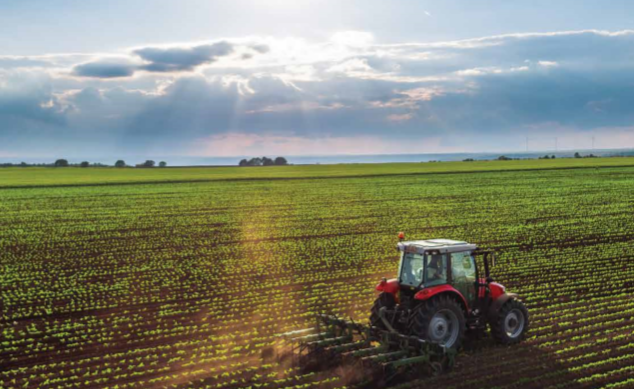