Bizarre news from Minnesota this week where that state's Commerce department is urging the cancellation of a major energy transport project.

Despite Enbridge's willingness to invest billions in their Line 3 Replacement Program (L3RP), the government bureaucracy alleges there is "no need" for the project.

This news underscores a disturbing trend.  "Green" government is all about command economies and central planning.

We have seen this in Canada too, where the new NDP-Green coalition government in British Columbia has pledged to stop the federally approved TransMountain expansion.  Similarly, the green Trudeau government has killed two other major projects, Enbridge's Northern Gateway, and TransCanada's Energy East.

Government has no way of knowing how much oil is needed now or decades into the future.  That is why we have a market where investors anticipate consumer needs and take calculated risks.  If there was no "need" for Enbridge to replace Line 3, if there was no demand for the oil it proposes to move, the company would not stake shareholder capital on it.  That simple.

It is hard to know how much influence Minnesota's so-called Commerce department has on the state's approval process.  Construction on L3RP began this summer in Canada.  A final decision south of the border is expected early in 2018. 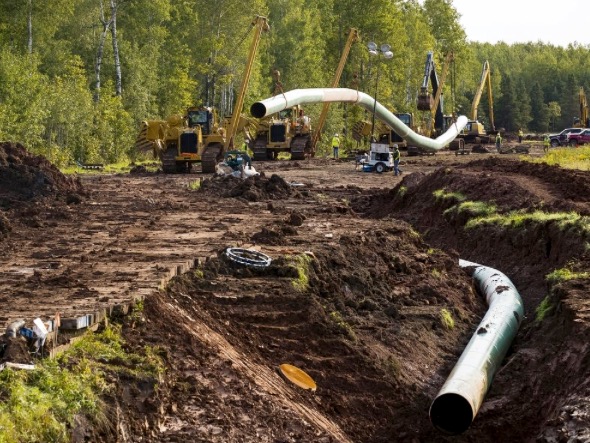