Is the Canadian Energy Regulator Just An Agent of Government?

Something unusual is happening on the Trans Mountain expansion project (TMX).

CAEPLA has not only been getting calls from bullied and disaffected landowners, but also from residents of communities along the line fed up by the Crown corporation not living up to its commitments when it comes to traffic, hours of work and issues surrounding the hosting of work camps.

One community in particular has been seriously disrupted by TMX.

Laidlaw, BC, has been surrounded by a pipeyard, a work camp with no regulatory approval and a proposed equipment storage and staging yard.

Worse, TMX is disingenuously using local First Nations communities as a scapegoat for its bad behavior, lack of respect for the local residents and the lack of regulatory oversight, pitting communities against each other that have lived successfully together for many decades.

The new Canadian Energy Regulator (CER) has misguidedly been providing TMX exemptions from many of the conditions set by the previous National Energy Board (NEB).

These conditions were imposed with the intention of avoiding the problems above, and to provide at least the appearance of minimal respect for property and treaty rights, endangered species, the environment and public safety.

Originally, government created the NEB and its hearing process in order to manage and contain landowners and the public — to prevent anybody from getting in the way of energy transport projects favoured by government.

Government and industry were not interested in being inconvenienced by landowners demanding trivial demands like rent or rental agreements.

But in those days, the NEB would at least make it look like they cared about such concerns.

But in today’s political environment, government, its regulator and new Crown corporation can’t be bothered with appearances.  Instead they seem to behave as if everybody agrees with them on everything and landowners and the public should simply roll over.  What we once called “the public interest” is simply no longer a priority.

Consequently, the Liberal Government, from its Minister responsible, Seamus O’Regan, on through to the CER and the gang at TMX are basically thumbing their noses at landowners and the public by providing the Crown corp one exemption after another.  They are also disparaging even the NEB tradition of permitting the public to hold companies to at least minimum account.

Just this summer, Mr. O’Regan provided, unwittingly or otherwise, proof of the insidious, incestuous relationship between these tentacles of government in a letter to a Laidlaw community member.

In his response to her concerns he simply reposted Trans Mountain’s positions regarding the camp and its request for exemptions.

Copying both Trans Mountain and the CER, his biased positions became perfectly clear to his bureaucracy, and subsequently the regulators’ decision of October 26 unsurprisingly exempted TMX from the NEB conditions regarding a work camp in Laidlaw.

Has the Canadian Energy Regulator Been Hijacked?

The letter was such a blatant example of conflict of interest that it could only be explained as simply the result of political arrogance.

See Mr. O’Regan’s letter here, the CER’s decision here, with its links to the Laidlaw Community Groups concerns and regulatory arguments, along with a written record of Trans Mountain’s misinformation regarding consultations and its position that it has no responsibility for the camp. Note that the Minister robustly endorsed Trans Mountain’s position and directly influenced the CER Ohamil decision.

Historically, industry and the regulator always had a symbiotic relationship, with industry ultimately gaining the upper hand.

Over the last decade the regulator — first the NEB and now the “new” CER – have been hijacked by both cabinet and green interests.

The result being, as I suggest above, the complete abdication of even the appearance of impartiality and concern for the public. Which has further resulted in the regulator appearing to function purely as an agent of whatever the government’s agenda happens to be — in this case the reckless promotion of the TMX.

Sadly, it seems the worries I had when Ottawa bought Trans Mountain are proving prophetic:

“I see nothing but trouble ahead for both TMX and Keystone XL as a direct result of government meddling.” 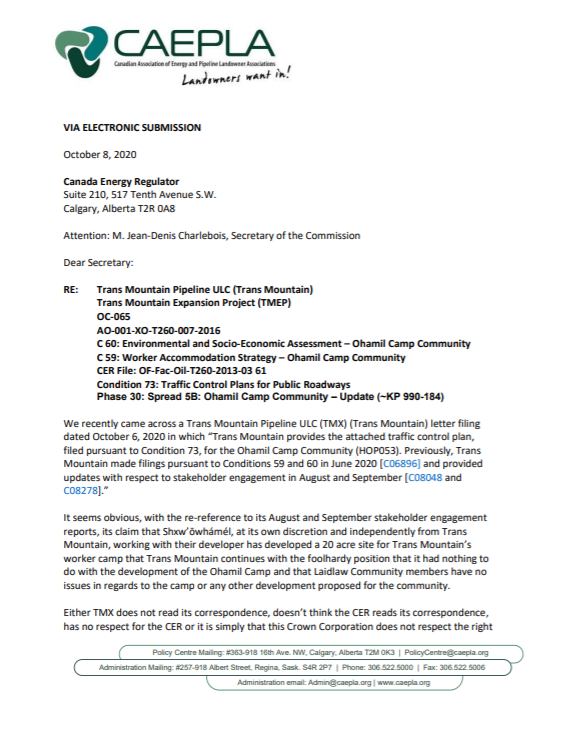 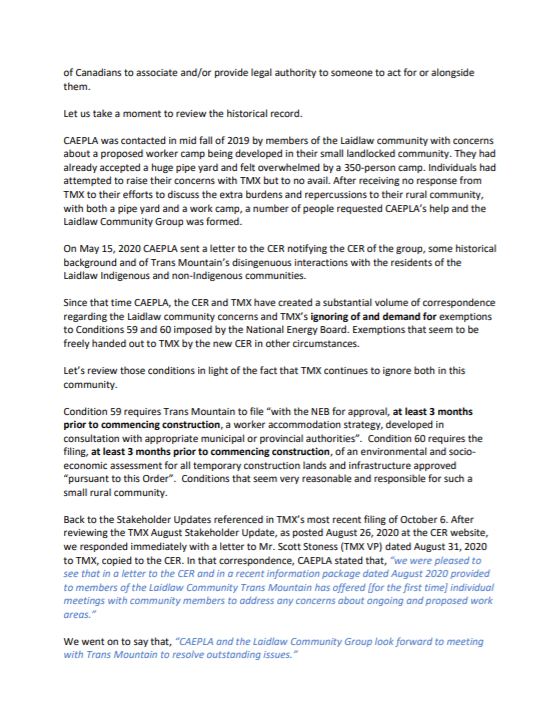 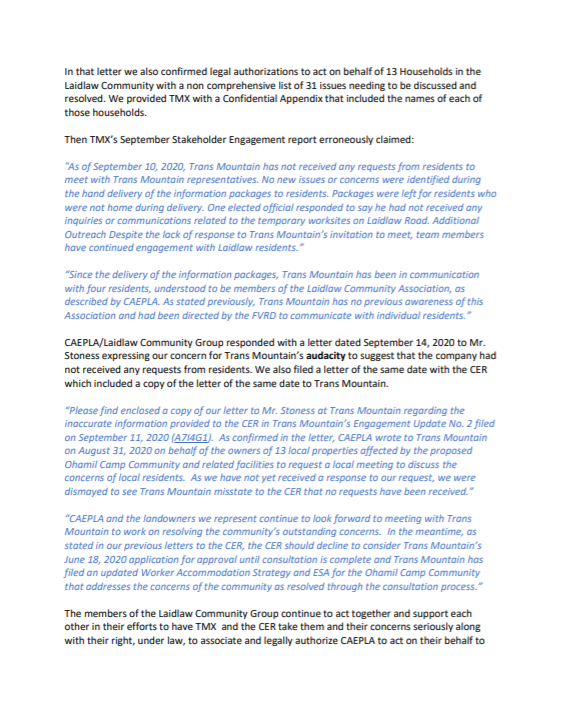 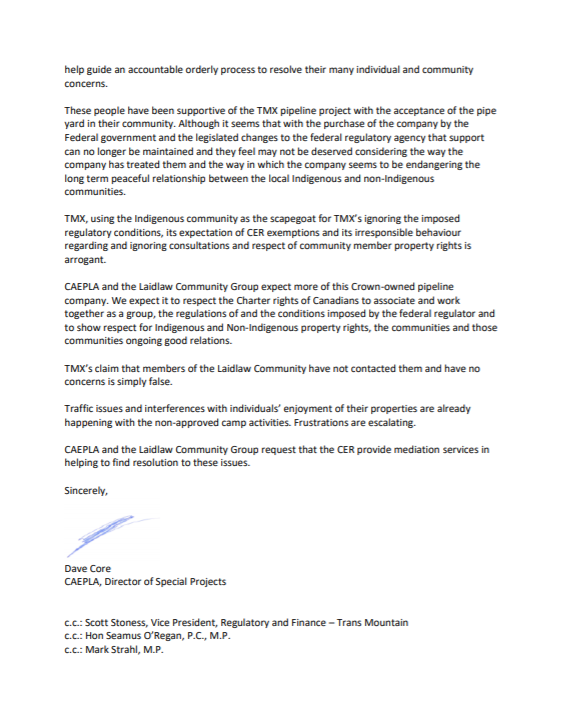