Will Landowners Have to Make Room for "BIPOC" Farmers?

Recently, CAEPLA has sounded the alarm that Canadian farmers have been placed in the crosshairs by what is now known as the "woke" "revolution."

It is both an activist and government led revolution.

This political revolution — which has real world economic impacts for farmers, ranchers and other landowners — has first taken the form of Reconciliation.

Reconciliation is the name for the federal Liberal program to make right all historical and ongoing wrongs — real and imagined — done to Canada's Indigenous peoples by governments and society at large.

Reconciliation is well underway.  Now another idea is being added to the agenda.

Already, Reconciliation informs everything the Canadian Energy Regulator (CER), the successor to the old, National Energy Board, says and does.

Every new policy, piece of legislation, rule and regulation dreamed up and imposed by the CER is run through the Reconciliation filter first.

This impacts the entirety of Canadian oil and gas and energy transport — and by extension every pipeline landowner.

We are already seeing the agenda extend beyond pipeline landowners to potentially every landowner, agricultural and otherwise (See the upcoming Summer 21 edition of the Pipeline Observer for more on this growing crisis).

Policies like Reconciliation that target landowners don't appear out of nowhere.

They begin as ideas.

As the "woke" revolution in Canada continues, we are seeing other ideas emerge.

Ideas that are very likely to become law.

Like the idea showcased in this Globe & Mail article:  that Canadian agriculture is essentially "racist."

When an entire industry is tagged by the woke movement with that label, it is only a matter of time before landowners pay the price.

It is happening now with Reconciliation.  What will Ottawa do next to ensure there are "enough" Black, Indigenous and People of Colour (BIPOC) farmers in Canada?

As it turns out Ottawa is already budgeting millions to finance BIPOC farmers.

Will the government resort to buying out or expropriating farmers to increase BIPOC in agriculture?

Opinion: Being a Black farmer in a field of white opened my eyes to Canada’s agriculture diversity problem - The Globe and Mail 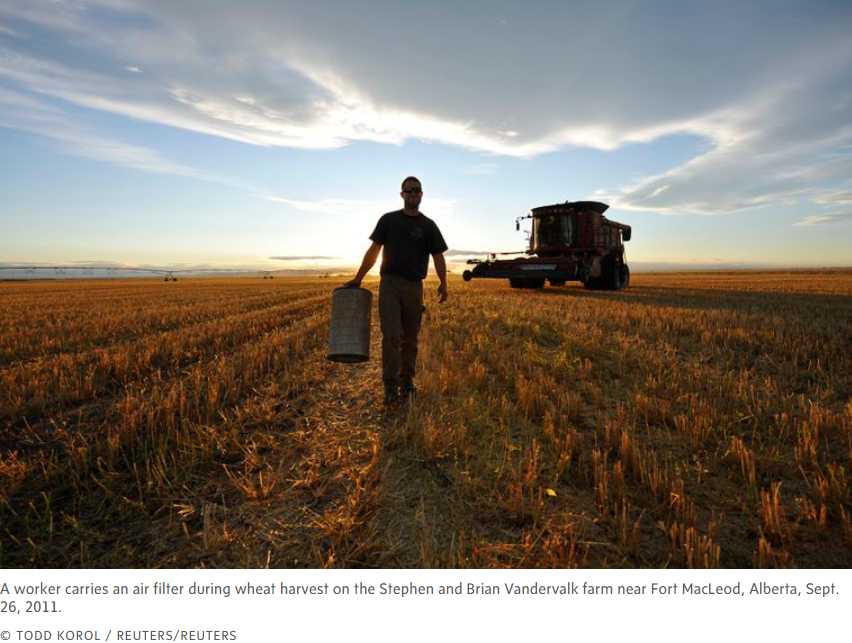