Why Landowners, Industry and the Public Need CAEPLA

Why landowners, industry and the public need CAEPLA.

We simply cannot afford not to put safety and the integrity of soil and water first. 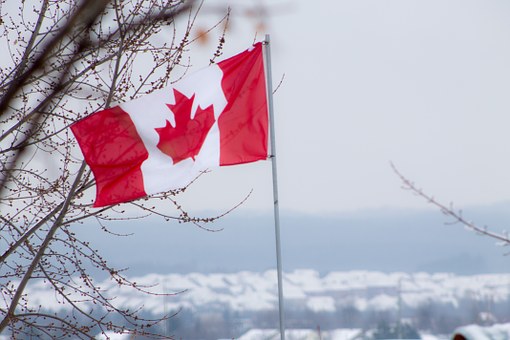 Why The Latest Keystone Spill Is Disastrous For Canadian Oil

The Keystone Pipeline was shut down this week after it ruptured and spilled in North Dakota.

TC Energy – formerly known as TransCanada – said on Wednesday that it shut down the 590,000-bpd line after it detected a drop in pressure. “TC Energy immediately began the process to shut down the pipeline, activated its emergency response procedures and dispatched ground technicians to assess the situation,” the company said.

The company did not specify whether the entire pipeline was shut down or just a portion. “At this time there is no indication that it has impacted anybody’s drinking water,” said Karl Rockeman, director of the division of water quality for North Dakota's health department, according to local press reports. “It appears to (be) contained within the area.”

The repair and cleanup could take as long as two to three months, according to Reuters.

The pipeline runs from Alberta to refineries in the Midwest and is a crucial conduit for Canada’s oil industry. The prospect of an outage helped depress prices for Western Canada Select (WCS), which fell relative to WTI ever-so-slightly on Wednesday. WCS is trading below $38 per barrel, or about $17 per barrel below WTI.

This is not the first time that the Keystone Pipeline has spilled. In November 2017, the pipeline ruptured and spilled more than 200,000 gallons in South Dakota. The pipeline was offline for weeks.

The latest spill is yet another reminder that while the industry trumpets pipelines as the safest way to move oil, spills are not exactly a rarity. “We don’t yet know the extent of the damage from this latest tar sands spill, but what we do know is that this is not the first time this pipeline has spilled toxic tar sands, and it won’t be the last,” Catherine Collentine of the Sierra Club said in a statement. “We’ve always said it’s not a question of whether a pipeline will spill, but when, and once again TC Energy has made our case for us.”

There are hundreds of significant incidents with pipelines each year, a term that encompasses injuries, fatalities, highly volatile liquid releases or monetary damages. For instance, there were 636 such incidences in the U.S. in 2018, and 647 the year before, according to data from the Pipeline and Hazardous Materials Safety Administration (PHMSA).

Another high-profile spill is grist for the mill for environmental groups and landowners opposing the Keystone XL. After all, the same company presiding over spills from the older Keystone pipeline is the one that has spent years trying to convince communities that the Keystone XL Pipeline won’t spill. Multiple incidents from the older pipeline does not inspire confidence.

For Canada’s oil industry, any lengthy interruptions to midstream capacity would be another blow. In 2017, the last time the Keystone Pipeline went offline due to a spill, WTI prices jumped and Canada’s WCS fell sharply. A few weeks after the outage, WCS prices descended to about $30 per barrel as some Canadian oil struggled to find an exit from the country.

The sector has been struggling with years of inadequate takeaway capacity, which have periodically depressed WCS prices to low levels. At the start of this year, Alberta implemented mandatory production cuts in order to relieve the localized glut and boost prices. The policy has largely worked, with WCS prices rising significantly.

The cuts have been lifted gradually over the course of the year. On Thursday, Alberta announced another increased allowance for oil producers who are shipping crude by rail. “The special allowance program will protect the value of our oil by ensuring that operators are only producing what they are able to move to market,” Alberta’s energy minister Sonya Savage said in a statement. “Pipeline delays ultimately have constrained market access and dampened investment in our oil sector.”

In yet another sign of trouble for the industry, Encana Corp announced on Thursday that it would rebrand itself and move to the United States, the latest example of a multi-year exodus and capital flight out of Canada. “A domicile in the United States will expose our company to increasingly larger pools of investment in U.S. index funds and passively managed accounts, as well as better align us with our U.S. peers,” Chief Executive Officer Doug Suttles said in a statement. Encana will soon be known as Ovintiv Inc.

By Nick Cunningham of Oilprice.com