We Are All Pipeline Owners

When the final weld of TransCanada’s first transcontinental pipeline — the first in Canada — was completed in 1958, it was akin to the driving of the Last Spike of the Canadian Pacific Railway.

The project faced political adversity in Ottawa and physical challenges across the Canadian Shield but in true Canadian fashion it was completed and the achievement was celebrated. “People were literally dancing in the streets celebrating the achievement,” said former Senior Damage Prevention Specialist Brad Watson at his recent retirement from TransCanada PipeLines after 40 years.

The pipeline not only provided cheap, reliable heat in the homes of Canadians across the country but it also fueled industrial development and economic benefits we continue to enjoy today.

A lot has changed since then. Today, energy pipelines — Canadian pipelines in particular — face adversity and protest to the point where major projects are stalled forcing the transportation of hydrocarbons to their destination by other means.

Canadian pipelines are governed by some of the strictest pipeline construction and operating rules in the world and the bar keeps rising. Despite that, objection towards pipelines continues and gathers steam through social media and organized protests. The bottom line, however, is that society still needs hydrocarbons and they still need to be delivered to market.

A few years ago, the Canadian energy pipeline industry was dealt a heavy blow when, citing environmental concerns, the Obama Administration rejected the Keystone XL pipeline. And again, when several weeks later, the United States lifted its forty year ban on the export of oil.

Looking back, the decisions appear to have been strategic and connected — land-locking Canadian oil while simultaneously making U.S. oil available for the international market.

Back here at home, Canadian hydrocarbons were being labelled ‘dirty’ and as Canadians, we felt it. The world was turning against us. For far too long, we’ve been on the defensive against Hollywood actors, musicians and even against one another with NIMBYism and the BANANA (Build Absolutely Nothing Anywhere Near Anyone) syndrome.

Meanwhile, 245,000 barrels of foreign oil, at a cost of more than $12 Million, arrives in Canada every single day from countries with brutal human rights and virtually non-existent environmental governance. That’s more than four billion dollars leaving our country every single year when we have oil right here in Canada that simply needs to make its way to a refinery.

So, what happened? How did the glory of achievement sixty years ago turn upside down? Shouldn’t we be proudly and boldly defending Canadian pipelines? Don’t we, as Canadians, benefit from pipelines and the hydrocarbons they transport? Aren’t we all, in that sense, pipeline landowners?

Canada has a great deal to contribute to the world. New pipelines will reduce Canada’s dependency on costly foreign energy, and while it might appear contradictory that new pipelines delivering hydrocarbons to world markets will reduce the global effects of climate change, that is likely the case.

Global demand for energy is increasing yet few governments can afford the incentives towards renewable energy — and because of that, reliable and ethical oil and gas from Canada offers the world a reliable and responsible choice.

It is still very early in the age of renewable energy. While the shift among first world countries’ energy ideologies has clearly begun, the day when renewable energy will displace hydrocarbons worldwide remains blurry against the horizon.

But supporting the oil and gas industry and pipelines doesn’t mean we are ignoring the future. It simply means we are recognizing their place, advocating their safety and pacing advancement toward a more renewable future.

As Canadians, we are blessed with both a rugged and prairie landscape where landowners and pipelines responsibly and respectfully co-exist and our ability to contribute to and shape governance of the same is welcomed.

It’s time we stood-up again for pipelines and proudly celebrated Canada’s energy leadership in extraction and transportation, our dedication to environmental and climate governance, and underlined Canada’s distinguished commitment to safety.

In the immortal lyrics of Woodie Guthrie, “This Land is Your Land, This Land is My Land” and we are all stewards of the land. Supporting responsible pipeline operations and holding the industry and our government accountable for same is nothing to be ashamed of. In fact, it is something of which Canadians should be boldly proud. 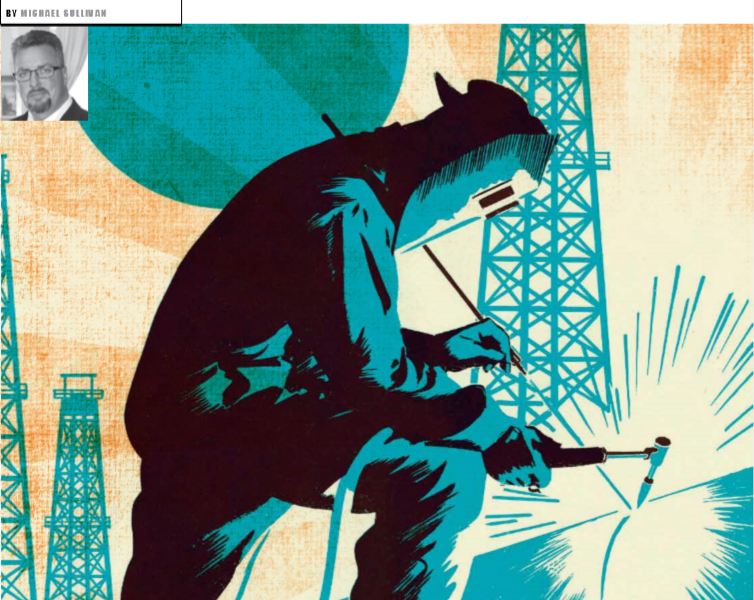 Mike Sullivan is the president of Alberta One-Call Corporation and executive director of the Canadian Common Ground Alliance.