A group of anti-pipeline protestors attempted to light a train on fire in the Tyendinaga Mohawk Territory, which temporarily stopped freight train traffic.

Police spokesman Bill Dickson told The Canadian Press the protestors lit a fire by and on the railway tracks as a train train moved through the area around Belleville, Wednesday morning.

Dickson said the individuals threw a few tires on the tracks and lit them.

Another video shows other eco-radical anti-pipeline protestors standing on a track as a train came barrelling at them. They only moved out of the way in the last minute after their attempt to stop the train failed. 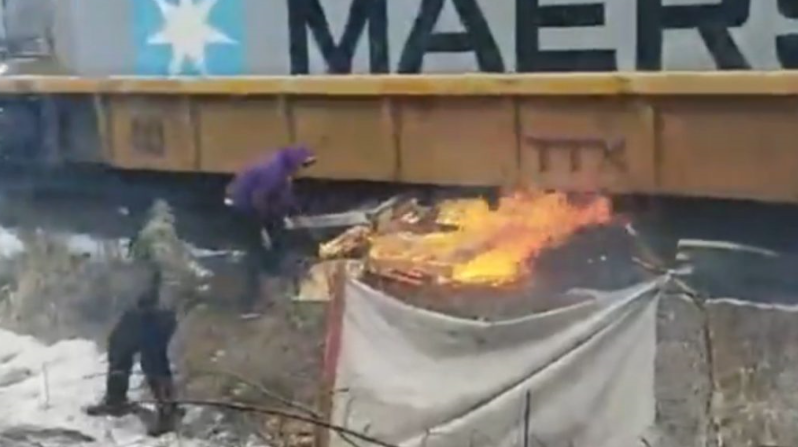