The situation with the Coastal GasLink pipeline and a group of First Nations protesters opposed to it was already incendiary enough before a United Nations committee decided to throw a bit of gasoline on it, critics charge.

In December, the UN Committee on the Elimination of Racial Discrimination called on the Canadian government to cancel the Site C dam, Trans Mountain pipeline expansion and Coastal GasLink natural gas pipeline.

It cited the United Nations Declaration on the Rights of Indigenous Peoples (UNDRIP) and the failure of government to secure the unanimous consent of all relevant First Nations.

And now a dissident group of Wet’suwet’en – who otherwise support the pipeline project – have seized on the recent UN committee’s directive.

“The UN Committee on the Elimination of Racial Discrimination (CERD) has called upon Canada to immediately halt the construction of the Coastal GasLink pipeline until Wet’suwet’en people grant our free, prior, and informed consent to the project,” five hereditary chiefs say in a news release.

Robin Junger, an expert in Aboriginal law at McMillan LLP, said that while “the committee’s comments have no legal effect … this is a case of the chickens coming home to roost for governments that have endorsed the UNDRIP without reservation.”

The UN committee’s call for a halt to major Canadian energy projects isn’t going over well with Ellis Ross, a former Haisla Nation chief and current BC Liberal MLA.

“The UN has no frickin’ business talking about what’s happening here,” Ross said. “If anything, in terms of Indigenous relationship, Canada’s leading the world.”

He said the UN committee hasn’t taken into account that most First Nations along the pipeline route have performed their due diligence, support the project and will benefit from it.

“Quite frankly what the UN is doing to the First Nations in B.C. is quite condescending – to think that we haven’t really done our due diligence,” Ross said.

Over the last two weeks, a standoff between a number of hereditary chiefs with the Wet’ suwet’en First Nation and Coastal GasLink in an area north of Houston, B.C., has flared up.

Last year, after 14 people were arrested for blockading a road, Coastal GasLink and hereditary chiefs reached an agreement that gave workers access to a road to begin construction of a section of the natural gas pipeline, a critical piece of the $40 billion LNG Canada project.

But the hereditary chiefs recently voided that agreement, sent the company an eviction notice and are once again preparing for a showdown. The company is armed with a new court injunction and enforcement order, however, and last week insisted that work would resume.

The UN racism committee “urges the State party to freeze present and future approval of large-scale development projects affecting Indigenous peoples that do not enjoy free, prior and informed consent from all Indigenous peoples affected.”

But it’s not even clear who within the Wet’suwet’en actually has the authority to give or withhold that consent. There is disagreement, not only between elected band councils and hereditary chiefs, but also among the houses and clans as to who rightfully holds hereditary titles.

Three hereditary female Wet’suwet’en chiefs have provided sworn affidavits that male members of other houses have tried to strip them of their hereditary house titles for trying to represent their people in consultations with Coastal GasLink.

“There is currently no process for decision making as the Wet’suwet’en nation as a whole,” Theresa Tait-Day, one of the female hereditary chiefs, said in her affidavit. “A few house chiefs cannot make decisions for our nation.”

In issuing an injunction against protesters, Judge Marguerite Church, a B.C. provincial court judge in Williams Lake, questioned whether some of the protesters who claim to represent their clans or houses are recognized as official representatives of their people.

Opposition to the Coastal GasLink project was initially led by the Unist’ot’en, one of the clans within the Wet’suwet’en, although others have since joined blockades and protest camps.

Judge Church noted that the Unist’ot’en “was not identified in the Section 11 Order as an aboriginal group with whom the plaintiff was required to consult with respect to the Pipeline Project.”

That is a reference to the B.C. Environmental Assessment Act, which requires consultations with First Nations if a project might have an impact on their rights and title. Project proponents are told by the province whom they must consult with.

Even though Church suggested Coastal GasLink was not obliged to consult with the Unist’ot’en, the company tried, she said, adding that all attempts to consult were rebuffed. 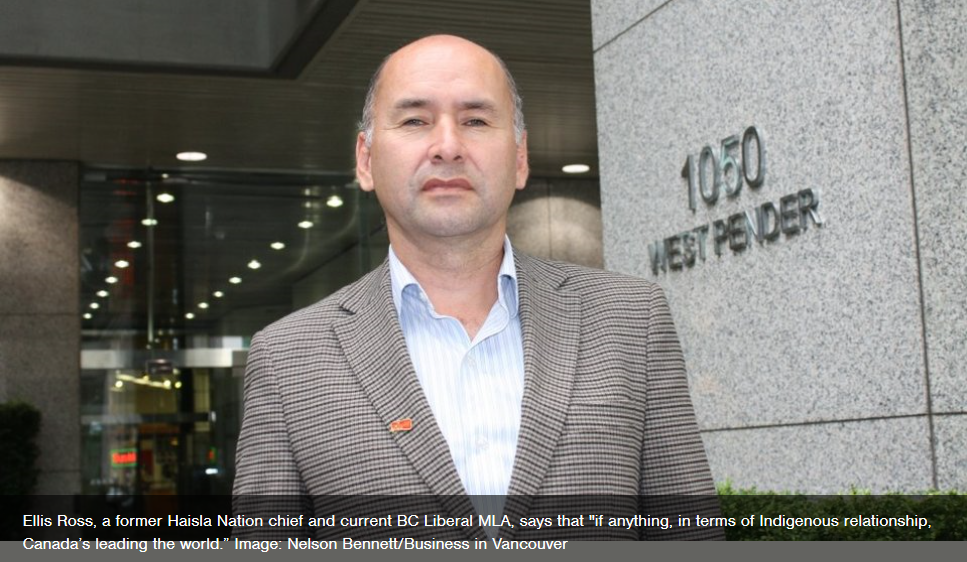