Trans Mountain pipeline on hold as pressure mounts on B.C. to drop opposition

This is the very turn of events CAEPLA has been warning about for years.

When the property rights of farmers, ranchers and other landowners are not protected, nobody's are -- including those of pipeline companies.

But even when the regulator -- the National Energy Board (NEB) -- recommends a project and the federal government approves it, there is still no assurance it will go ahead.

Provinces and courts can still paralyze projects which is what we are witnessing with Kinder Morgan's TransMountain expansion.

Well, push has finally come to shove and Kinder Morgan has announced that it is suspending the project unless governments stop monkeying with their business, so to speak.

Trans Mountain pipeline on hold as pressure mounts on B.C. to drop opposition

In a country where property rights were recognized, respected and enforced, TransMountain -- and Northern Gateway and Energy East before it -- would have long since been completed, free from sandbagging by all levels of governments, "independent" regulators, activists, and courts.

Things have become so desperate that as of this writing, both the government and opposition of Alberta are now talking about partially nationalizing the pipeline industry through direct taxpayer investment in TransMountain -- effectively bailing out the shareholders of its Texas based owner.

It is worth noting no such "investment" would be necessary if Ottawa would get out of the way of worthy projects like Northern Gateway which we believe can and should be resurrected immediately.

Once an industry almost entirely "out of sight, out of mind," we have arrived at a time where there is now never a dull moment.  We live in interesting times. 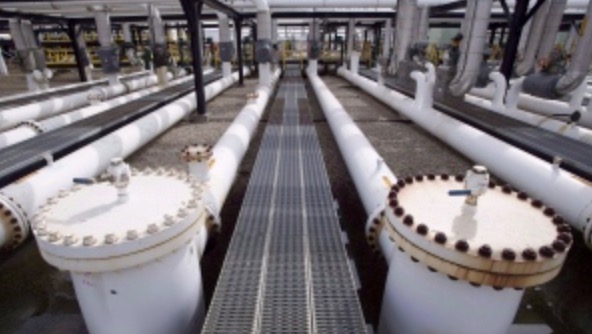