A United Nations committee working to end racism is urging Canada to immediately stop the construction of three major resource projects until it obtains approval from affected First Nations.

The Committee on the Elimination of Racial Discrimination, which monitors a convention to end racial discrimination signed by countries including Canada, is calling for a suspension of the Trans Mountain pipeline expansion, Site C dam and Coastal GasLink pipeline.

The committee, made up of 18 experts, says in a written directive last month that it is concerned by the approval and construction of the three projects without the free, prior and informed consent of impacted Indigenous groups.

It also says it’s disturbed by law enforcement’s “forced removal, disproportionate use of force, harassment and intimidation” and “escalating threat of violence” against Indigenous Peoples.

Trans Mountain Corp., the Crown corporation building the pipeline expansion, says it is approved and moving forward with construction safely and in respect of communities.

BC Hydro says it has been consulting with affected First Nations on Site C since 2007 and has reached benefit agreements with most of them.

“The Canadian courts have reviewed our consultation with certain First Nations and found it to be adequate and to have appropriately accommodated their interests,” it says in a statement.

“To date, more than $230 million in Site C procurement opportunities has been committed to Indigenous companies. In addition, we have around 400 Indigenous Peoples currently working on the project.”

The Canadian government, Coastal GasLink and RCMP did not immediately respond to requests for comment.

The UN committee has previously demanded a halt to Site C, which is opposed by the West Moberly and Prophet River First Nations in northeast British Columbia. However, this marks the first time it has called for a stop to the Trans Mountain and Coastal GasLink projects.

The right to “free, prior and informed consent” to resource projects is part of the UN Declaration on the Rights of Indigenous Peoples, which Canada has adopted but not incorporated into law.

The B.C. government has committed to adapt its laws to meet the aims of the UN resolution but has not yet begun amending legislation.

The UN committee recommends Canada establish a legal and institutional framework to ensure adequate consultation to obtain free, prior and informed consent, and freeze present and future approval of large-scale development projects that don’t meet that level of consent.

Members of the Wet’suwet’en have attempted to block construction of the Coastal GasLink pipeline near Smithers, B.C. The natural gas pipeline is part of the massive $40-billion LNG Canada project.

On Saturday, hereditary chiefs with the First Nation issued a letter advising the company that it was “trespassing” on unceded territory and demanding that it vacate the premises.

The company has said only security staff were present on the weekend and they complied with the eviction notice, but it plans to resume construction this week after a holiday break.

A protest group calling itself the Tiny House Warriors has built tiny homes in the path of the Trans Mountain pipeline on Secwepemc territory in B.C.’s Interior.

The UN committee says it’s particularly alarmed by the reported arrest and detainment of a Secwepemc demonstrator in October.

The committee calls on Canada to immediately cease the “forced eviction” of Secwepemc and Wet’suwet’en people and guarantee that no force will be used against the two groups.

It also calls for the RCMP and other security and police to withdraw from their traditional lands. 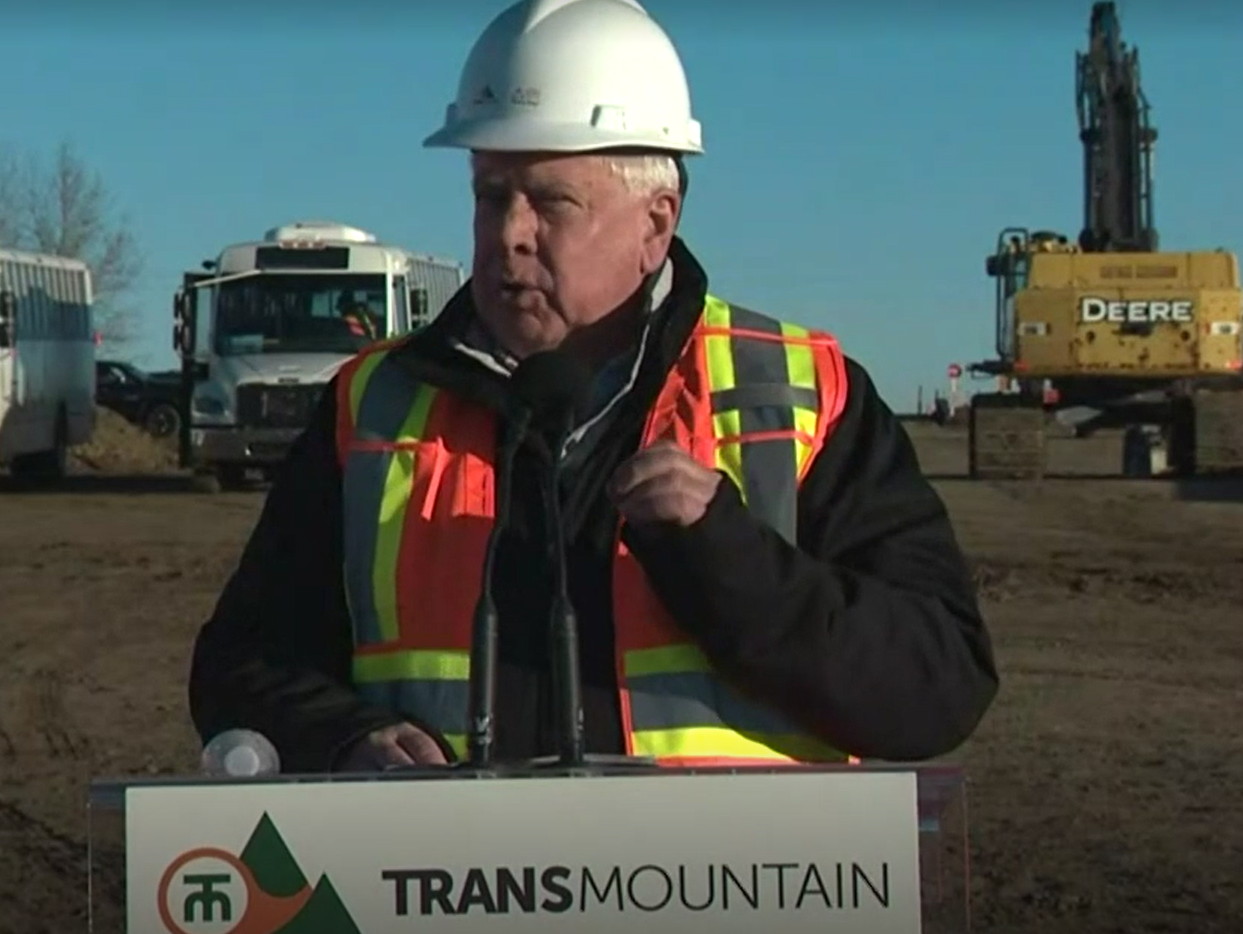