What do Canadians have to show for a nationalized pipeline and a new regulatory bureaucracy for energy?

“Instead of enhancing protections for property rights, the government has expanded influence for various pseudo-stakeholders.”

Of course, it’s a bit different this time around, because now Ottawa owns the pipeline.

Federal officials say construction on TMX, a massive $7+ billion project, will likely begin in this year. Yet the British Columbia government vows to keep fighting all the way to the Supreme Court if necessary.

There are very few people pleased with Ottawa’s nationalization of Trans Mountain, but one would hope this shameful experience will give rise to some serious reflection about the errors that led to this mess.

Ottawa wants us to believe they are making things better in Canada’s pipeline wars, but there is no real evidence of that. Consider Bill C-69, derided by industry as the “No More Pipelines Bill.” The new incarnation of the National Energy Board—the creatively named Canadian Energy Regulator (CER)—isn’t much different and still distorts incentives and negotiating power between pipeline companies and landowners by allowing expropriation when it is alleged to be a “public necessity.” C-69 does virtually nothing to address concerns of landowners in this type of regulatory review.

Instead of enhancing protections for property rights, the government has expanded influence for various pseudo-stakeholders, which actually undermines the property rights of landowners and pipeline companies more than ever.

Meanwhile, the black hole of potential litigation known as “Duty to Consult and Accommodate” has been completely unaddressed in law. This issue was key in the Federal Court of Appeals decision to quash approval for TMX in 2018, as the federal government’s consultation with Indigenous groups was claimed to have been inadequate.

But for something so important, no one really knows what it means. “Duty to consult” is not defined in the law anywhere. Legal clarity from Parliament has not been forthcoming, so judges—who may have their own political preferences—must determine whether a process has lived up to an undefined standard.

Then there is climate change. You can have a reasonable debate about the degree to which climate change is natural versus man-made. But it seems we’re beyond the reasonable debate stage. The dominant narrative of the federal government is that fossil fuels are destroying the planet. Every forest fire and every flood is attributed to humans affecting the climate. It’s a narrative driven more by propaganda than science. And even Andrew Scheer’s Conservative opposition party appears to accept the apocalyptic narrative of anti-carbon activists and the goals of the 2016 Paris Agreement.

Will a pipeline company be encouraged to pursue major projects in this kind of political atmosphere? Unlikely.

Amazingly, as if to preemptively undermine confidence in the government’s own decision, the House of Commons passed a motion the day before the TMX approval declaring a “national climate emergency.” I might be wrong, but maybe that kind of talk isn’t a big trust-builder for the oil and gas sector.

Petroleum development is truly a global market. Every percentage point of return counts for investors, who include not just “corporate fat cats” but regular people like landowners, along with those dependent on massive pension funds. Talent and capital can move around with a lot of freedom. Ottawa is simply creating too much uncertainty and companies are allocating more resources elsewhere.

Unfortunately, we have now come to a situation where, not only have no new protections been afforded for landowners who don’t want an energy infrastructure project on their property, but politics is freezing out aspiring pipeline landowners along with industry itself.

Two companies, Enbridge and TransCanada, burned through more than $4 billion trying to get Northern Gateway, Energy East, and Keystone XL approved. The former two are dead, with the third only being pursued because it has good regulatory prospects south of the border. In this setting, no one is surprised that capital investment in the Canadian oil and gas sector is estimated to be only $37 billion in 2019—down from $81 billion in 2014. And as you would expect, spending on pipeline landowner partners has plummeted to near zero.

Not only is Canada poorer because Ottawa nationalized a major pipeline to “fix” a problem it created, but the country will become poorer still because none of the underlying issues are being addressed.

It almost seems like impoverishment is Ottawa’s perverse master plan. They want to get past the embarrassing Trans Mountain situation as fast as possible and create a political and regulatory environment so hostile that no one will ever apply for a big pipeline project again. 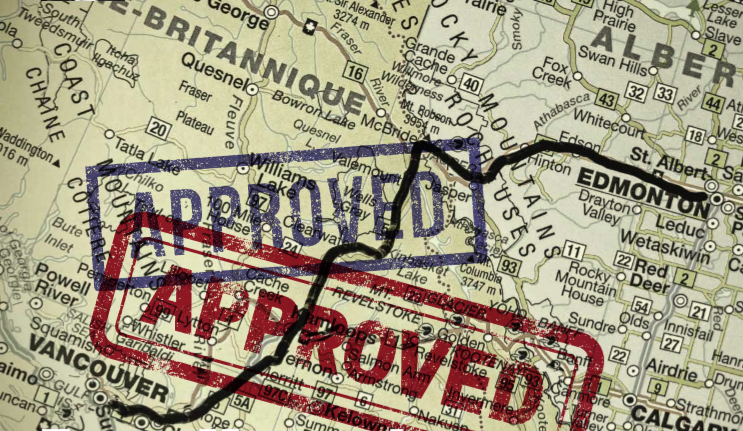