Property rights, not foolish climate policy, will get pipelines built

Radical environmentalists can never be appeased. If you give them what they say they want, they will move the goalposts then ask for more and more.

Keystone XL is back. Or is it?

While the tortured public debate rages on, many are asking what it takes to really get these major pipeline projects done in our current political climate.

Alberta’s regulators, for instance, approved more than 2,000 kilometres of pipeline projects in 2017, and climate change is not an issue for any of them. These are routine, unexciting projects that stir up little controversy because they deal mainly with companies and individual landowners, and things mostly work themselves out.

But even when we clarify what she means, she is clearly wrong.

Look at the current situation with major pipeline projects.

Notley claimed that she could generate “social license” to get major pipelines built if she properly addressed the climate change bogeyman. Yet Alberta hasn’t really gained on any of these major projects.

Despite her harmful “climate leadership plan” (i.e. taxes on consumers and subsidies to politically connected industries), Northern Gateway was killed by the feds.

Energy East was cancelled, as the arbitrary regulatory hurdles applied to no other industry made it impossible. Enbridge’s Line 3 expansion was approved, but it’s under regulatory assault in Minnesota where they don’t really care about Notley’s attempt at green appeasement.

TransMountain is entangled in legal warfare in B.C. where, again, people seem unmoved by Notley’s taxes.

Acquiescing to the prevailing climate-change propaganda and piling more taxes on people is obviously not sufficient to build pipelines, but neither is it necessary.

Radical environmentalists can never be appeased, so they must be dealt with as an operating challenge and security issue, not a public relations issue.

I repeat: radical environmentalists can never be appeased. If you give them what they say they want, they will move the goalposts then ask for more and more supplication.

So long as the economic incentive exists, you only need two things to actually have major pipeline projects move forward more expediently.

When Obama was in the White House, the radical environmentalist wing of his base was an important factor. But at the more local level, environmental radicals tend to have less influence. They get their hearings and stir up controversy but rarely affect outcomes.

Local regulators, courts and landowners are much more decisive.

Many regular landowners along Keystone XL’s path are defensive over what they see as a foreign corporation using the American legal system to bully them around.

TransCanada has relied on the government’s eminent domain powers throughout.

We have growing evidence that working cooperatively with landowners and respecting property rights is effective in getting major projects done.

At the same time, regulators—especially those more and more detached from local affairs—are violating the property rights of the pipeline companies at almost every turn.

If a company wants to build, and the landowner is on board and all the regular laws of tort and trespass are in place, then the regulator is merely interfering without justification.

And as you move up the hierarchy of regulators, the whole affair becomes more bureaucratic, political and collectivized such that nothing can get done.

The current focus on regulation and climate-change policies to get public support is entirely misguided. Instead, the focus should be real stakeholders and their property rights. Take away the political agendas and the regulatory expropriation and focus on what matters. 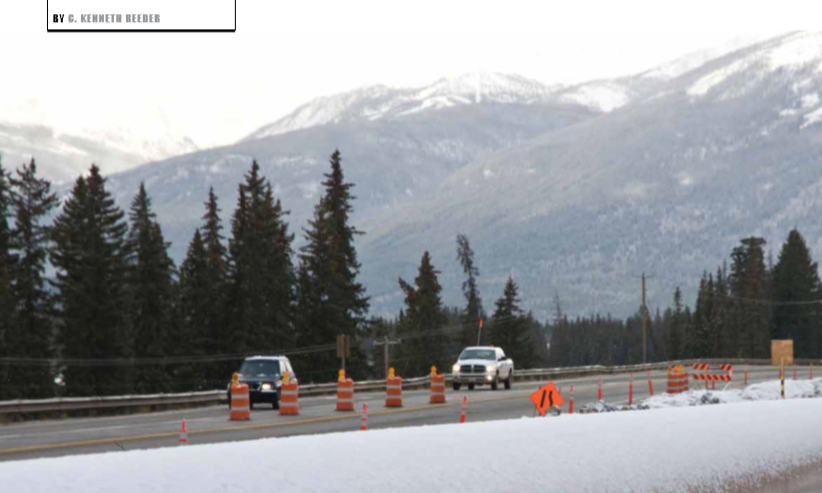 Kenneth Reeder is a Calgary financial analyst providing mergers and acquisitions advisory services for mid-sized, privately held companies in Western Canada. He works with many clients in the oilfield services sector. He is also the editor of CanadianMarketReview.com.