There Will Be No Winners In Alberta And B.C.'s Looming Trade War 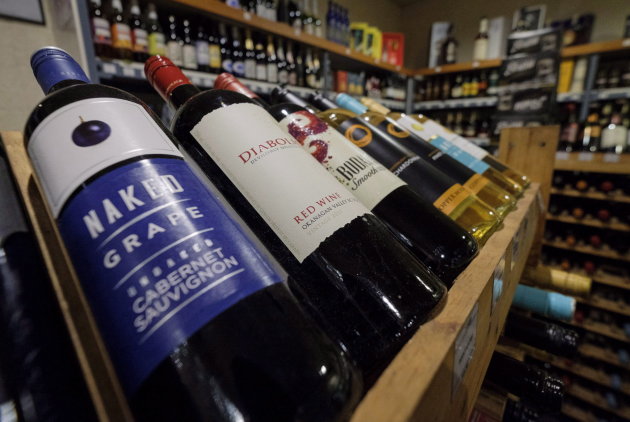 Growing up, my mother constantly reminded me of two important rules: Do unto others as you would wish others do unto you, and two wrongs never make a right. In the span of a week, our political "leaders" have failed to grasp the importance of these two rules.

Canada's latest round of interprovince trade debacles began Jan. 30 when the Government of British Columbia announced a proposal to restrict the shipment of oil sands crude by pipeline or rail.

In predictable fashion, the Alberta government responded by doubling down on protectionism, halting all imports of B.C. wine. This move has been cheered in Alberta by those of all political stripes — those on the right, the left, and even by academics.

Lost in the conversation appears to be what should really matter: the everyday Canadian. Unfortunately, this trade debacle has become so ridiculous that the true issues have become muddied.

The first issue of confusion revolves around the simple question: who has, or should have, jurisdiction over interprovincial commerce? Proponents of business correctly point out that the federal government has jurisdiction over interprovincial commerce, which includes pipeline development. While the environmentalists claim that B.C.'s government has the right to protect the interest of British Columbians and their environment.

Governments shouldn't be able to act as a corporate bully, expropriating land on behalf of big business.

If both parties are able to come to agreement over the purchase of the land — fantastic. Let the shovels hit the dirt! If the pipeline company is unable to offer landowners an agreeable amount of compensation, so be it — no deal.

Governments shouldn't be able to act like a corporate bully, expropriating land on behalf of big business. Similarly, governments shouldn't be able to block individuals from entering into mutually agreed upon contracts. The idea that a government should have the power to coerce or deny a contract on behalf of the "singular" interest of millions of people is laughable. While public interest provisions may sound desirable, they are nothing more than a means for government to enforce its will — whatever it happens to be at a particular time — over the people.

The second, and perhaps most disturbing way that this issue has become distorted is through the "us" versus "them" mentality set in motion by our politicians. To be sure, there is no better way for a political party to gain support than to turn the majority against an external threat.

As much as our politicians would have us believe, this is not an issue between British Columbians and Albertans. This represents hostility between both provincial governments and the people living in Alberta, B.C. and Canada as a whole. Our governments have unfortunately pitted neighbour against neighbour by manufacturing an unnecessary conflict that is harming both Albertans and British Columbians.

Finally, the idea that Albertans had little option but to retaliate, and that the Alberta government's decision to restrict imports will do no harm, is absurd. There is no doubt that many Albertans would be better off if Trans Mountain expansion occurs. However, there will be Albertans made worse off by these import restrictions, including Albertans who make a living importing wine.

Many Albertans may be willing to live with a little less B.C. wine in exchange for an expanded pipeline. But is this really the most likely scenario? By restricting B.C.'s wine sales, is the B.C. government likely to come to their senses, revoke their initial proposal, leaving Albertans unharmed? Or should Albertans expect retaliations that further harm Albertans and British Columbians?

Restricting trade hurts people. This is why you embargo an enemy country you're at war with, to restrict trade and choke them. Are we then expected to buy that in peacetime — that embargoing ourselves is going to help us? Trade wars amount to a contest in tolerating self-inflicted damage: we try and inflict damage to our "opponent" while inflicting damage on ourselves. We will amputate our finger in order to try and amputate yours, and keep increasing the damage until one of use cries uncle. The best case is that we end up mildly crippled, and the worst case is mutually assured suicide.

Most Canadians must believe this dispute is both absurd and childish. How can we scold the U.S. about protectionism, while at the same time limiting our own ability to trade and improve our well-being? If only there was some institution, or body of law, that could guarantee economic union within Canada. Well, it turns out there is such an institution.

No, it's not the federal government. Not the North West Partnership, nor the newly minted Canadian Free Trade Agreement. The truth is, Canadians have a legal document as old as the nation herself that was intended to protect Canadians from governments that threatened economic unity. In fact, s. 121 of the constitution set the framework for free trade in less than 30 words:

All Articles of the Growth, Produce, or Manufacture of any one of the Provinces shall, from and after the Union, be admitted free into each of the other Provinces.

Although it is not entirely clear in the case law whether s. 121 covers pipelines and bitumen, this is precisely the sort of economic problem the fathers of confederation intended to prevent. This Alberta-B.C., pipeline-wine dispute will eventually get settled — for better or for worse. But the harms done to the people of both provinces might be irremediable. The issue here, however, is that this is not a one-off. There will always be pipeline, or wine, or beer, or license plate absurdities as long as Canadian governments continue to violate our right to trade with one another.