The Sword of Damocles Hangs Over Every Property Owner

Cicero once wrote of a courtier by the name of Damocles, who served in the court of King Dionysius. After acknowledging his envy of the king’s lifestyle, Dionysius challenged Damocles to take on the throne for himself.

At first, Damocles was taken by the royal lifestyle. However, during one of his feasts, Dionysius hung a sword above Damocles that was held by a single horsehair. The fear that this thin hair would eventually succumb to the weight of the sword, fall and kill him became too much, and as a result, Damocles begged Dionysius to remove him from this position of power.

“The businessman’s property, then, is their property in name only. It is granted to them by the state, and it exists only as long as the state does not decide otherwise.”

This story has long been used as an example of the feeling of losing everything due to some overarching threat — like a sword hanging over your head.

This same expression was used by Hans-Hermann Hoppe in his book The Great Fiction: Property, Economy, Society, and the Politics of Decline.

But before he gets into the sword of Damocles, Hoppe must first address what “fiat property” means.

The term “fiat” gets thrown around regularly in the discussion of money – fiat money being money that has obtained some legal status. It is much rarer, however, to discuss the concept of fiat property, but no less important. In Hoppe’s chapter titled “Entrepreneurship with Fiat Property and Fiat Money,” he begins by first addressing fiat property:

“We can make two interrelated predictions as to the effect of a state on the business of business. First, and most fundamentally, under statist conditions real property will be called fiat property.”

From here, he goes on to explain what fiat property is and what it has to do with our proverbial sword:

“The state cannot increase the quality and quantity of real property. But it can redistribute it as it sees fit. It can reduce the real property at the disposal of businessmen or it can limit the range of control that they are allowed over their property; and it can thereby increase its own property (or that of its allies) and increase its own range of control over existing physical things.”

The businessman’s property, then, is their property in name only. It is granted to them by the state, and it exists only as long as the state does not decide otherwise.

Constantly, the sword of Damocles is hanging over the heads of businessmen. The execution of their business plans is based on their assumption of the existence of certain physical resources and their physical capabilities being at their disposal. All their value speculations are based on this physical basis being a given.

But these assumptions about the physical basis can be rendered incorrect at any time — and their value calculations vitiated as well — if the state merely decides to change its current legislation and regulation.

This once theoretical threat that the state could — on a whim — demonstrate that the businessman does not truly own his or her property has become more real than ever this past year.

Threats like eminent domain were always present to show the evils of which the state is capable. However, even with such options existing, never could one have claimed the degree to which the state would really utilize fiat property upon discussion of COVID-19. This past year, the single horsehair that was holding up the sword finally snapped.

While some U.S. states are finally limiting governors on their ability to destroy lives at the stroke of a pen, it is obvious by looking at the states that have yet to do so that in our current fearful world, property is more fiat than ever. The state is now the determinant, not just of which businesses succeed and fail, but which can attempt to do so — no longer the market.

As students of free-market economics know, entrepreneurs making malinvestment decisions because they are guided by government signals rather than market signals is dangerous.

But this is not intended as a negative message. Rather, it is a call to action. While in The Great Fiction, Hoppe was too early to address just how fiat our property would become, he still ends his chapter with a positive note that holds true today:

“A businessman can choose the honorable but at the same time also the most difficult path. This businessman is aware of the nature of the state. He knows that the state and its operators are out to get him and bully him, to confiscate his property and money and, even worse, that they are arrogant, self-righteous, haughty, and full of themselves. Based on such understanding, this very different breed of businessman then tries his best to anticipate and adjust to the state’s every evil move. But he does not join the gang. He does not pay bribes to secure contracts or privileges from the state. Instead, he tries as well as he can to defend whatever is still left of his property and property rights and make as large profits as possible in doing so.”

While this year we have seen any shred of property rights shrivelled to the most fiat of fiat property, that is no reason to give up. That is the very reason to take this passage to heart. We are called to go forward and act as a different breed of entrepreneur. We are called to not join the gang but instead to defend what is left: “tu ne cede malis, sed contra audentior ito.” (You should not give in to evils, but proceed ever more boldly against them.)

Connor Mortell graduated from Texas Christian University with a BBA in finance, minoring in Chinese language and culture. After graduation he worked as a legislative aide in the Florida House of Representatives for just shy of two years. Currently, he is an MBA student at Florida State University. 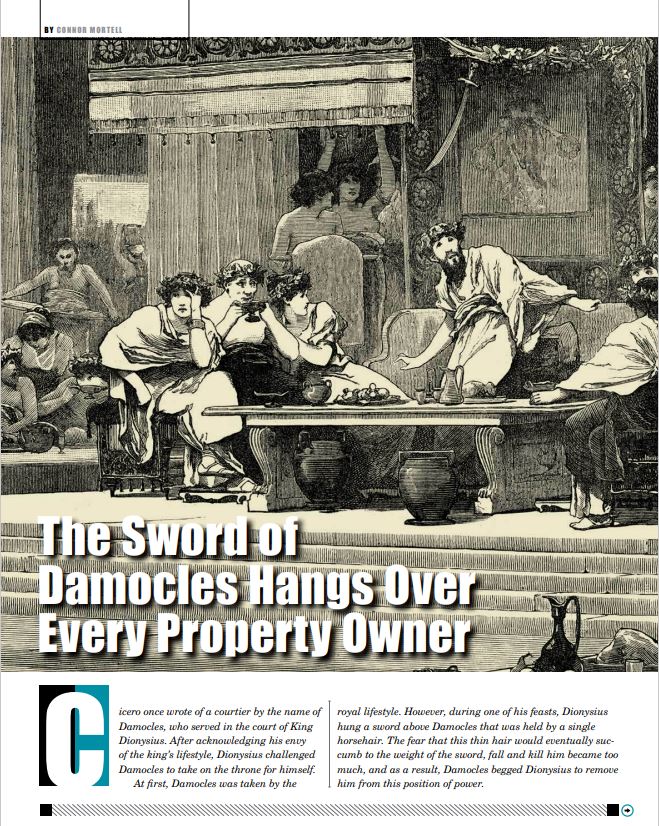 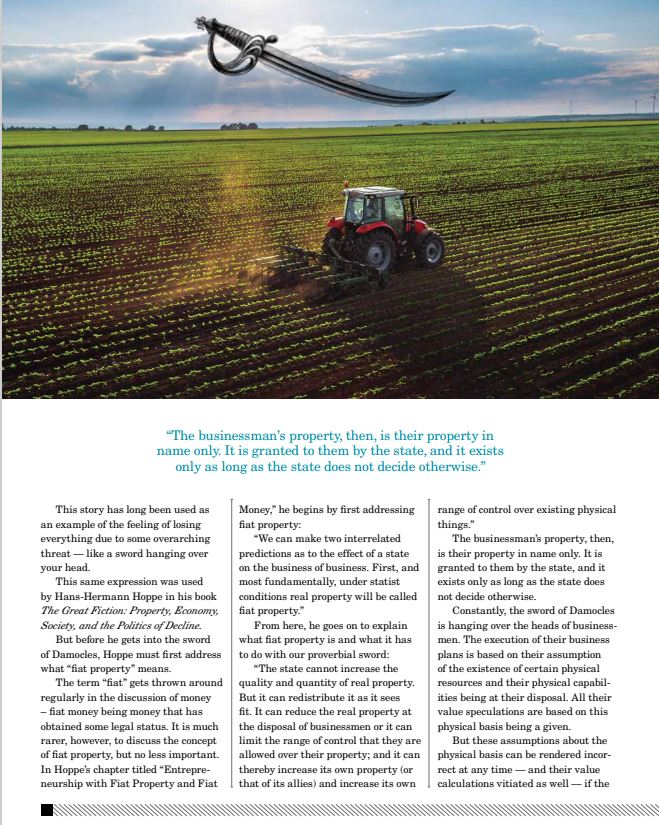 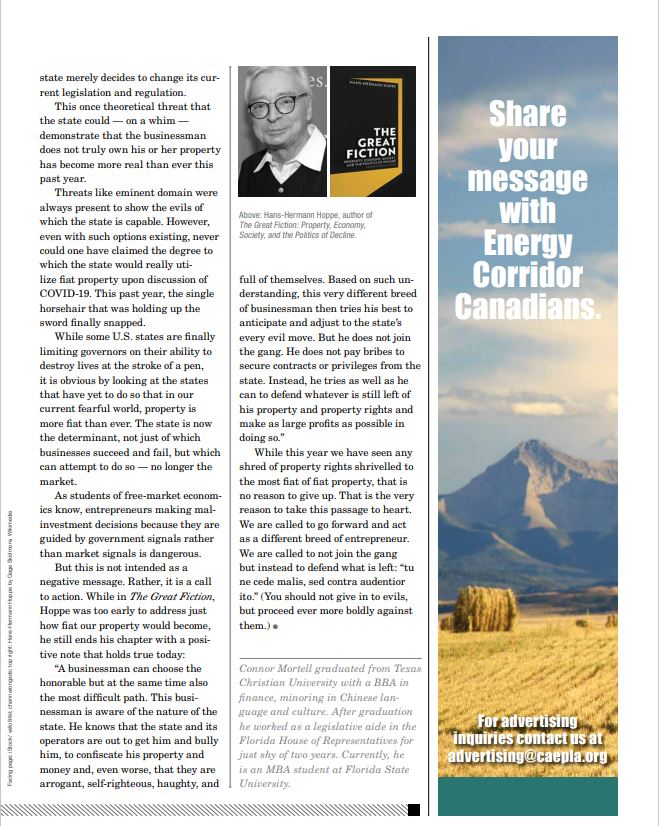