The Oil Market Is Broken

OPEC’s most serious mistake in recent years has been forgetting its mission and principles and trying to artificially inflate the price of oil. No oil-producing country lost money at 2016 prices, the only thing they could not afford was to pay huge subsidies, civil servants and non-oil expenses that many OPEC members finance with export earnings.

This strategic error led to two negative effects for producing countries: On the one hand, supply diversification and technological substitution accelerated. Customers responded. And, on the other hand, the market share of OPEC fell to almost a decade-low. The subsequent fiscal and monetary effects turned a strategic error into a disaster. The vast majority of these countries entered into significant fiscal and trade deficits (twin deficits) and, in the absence of local and international demand for their domestic currency, the vast majority increased their US dollar-denominated debt. With falling exports and dollar revenues, now they face a massive dollar shortage in the middle of a demand collapse.

Those production cuts, moreover, worked as an unintended subsidy to United States producers. The short-term rise in the price of oil due to the supply cuts meant an unprecedented capital injection for the North American oil industry, which was going through very dire financial times. OPEC bailed out shale and lost market share. This led to the United States reaching an all-time production record, beating Saudi Arabia and Russia in daily production.

Additionally, between 2015 and 2019 we witnessed an expansion of credit and historical levels of the global money supply. From China to the European Union, credit expansion was encouraged in such a way that investments of dubious profitability were financed at historically low rates, excess capacity and questionable oil investments were kept zombified and the companies that should have gone bust were kept alive through constant refinancing. issuing high-risk debt at increasingly lower yields. A tsunami of idle capacity was brewing despite the previously mentioned production cuts. New debt issued by the oil sector to finance investments and operations reached 200 billion US dollars a year, according to the Wall Street Journal … And with very low yields.

The oil industry became one of the main areas of malinvestment in the years of massive liquidity and low yields. This perpetuated excess capacity and kept inefficient companies unnecessarily alive. OPEC cuts added another layer of support that ultimately came back to bite producer nations.

Before Covid-19, there were dangerous signs of a slowdown in the energy world. The IEA (International Energy Agency) already lowered demand growth estimates in 2019 and warned of the pace of weakening. In June 2019, the Oil Market Report lowered demand growth expectations to 1.2 million barrels a day, a cut in estimates that it had also made in May and April of the same year. Global oil inventories were comfortably at the average of the previous five years and oil stored on sea was beginning to rise worryingly for a world that was apparently growing steadily.

America’s storage problems were already evident years before the Covid-19 crisis. The United States has a historic problem with the storage and evacuation of oil. Cushing storage issues surfaced already in 2007. Back in 2007, a price crash on WTI (West Texas Intermediate) occurred when a Valero refinery in Texas was temporarily closed. Storage filled quickly and the reference price of crude oil collapsed. The United States has 91 million barrels of crude oil storage capacity in Oklahoma, but most refineries are a long distance away or in other states, and there is an evacuation problem that was not solved when some major pipeline projects were halted by government and judicial decisions.

The oil market was showing a small backwardation curve in mid-2019, reflecting a reasonably positive environment for the sector, yet idle capacity and weakening demand growth were already evident. Then, Covid-19 arrived and, with it, the forced closure of the economy.

All of these factors have been key to the perfect storm, which was generated in April 2020 when the May WTI crude oil contract price came to a negative price. Storage capacity collapsed with slumping demand, which in March and April fell in the United States to the lowest levels seen since 1995. According to Bloomberg, oil demand in the United States would drop more than 9 million barrels a day in April. 2020, erasing all the consumption growth of the decade. The collapse of the price of crude oil led to monster “margin calls” and an urgent fire sale when nobody wanted to buy and those who could execute the contract had no place to store it.

In the most international benchmark crude (Brent) the situation is similar but not as dramatic. The price has plummeted more than 70% in 2020.

Crude oil stored in tanks has soared in 2020 to 3.2 billion barrels, and to this must be added hundreds of ships floating in the world’s seas with crude oil. At least 160 million barrels in ports from Singapore to Suffolk.

Worldwide, there is an idle capacity to store crude oil of around 1.4 billion barrels, not much considering the speed at which demand is destroyed and a point has been reached where many producers have to continue delivering barrels because shutting down production is more expensive than maintaining it, and others need to generate any possible cash. Demand, according to the IEA, may drop by 9.3 million barrels a day in all of 2020, with a slump of 29 million barrels a day in April.

Supply will likely be cut in 2020 by about 12 million barrels a day, but it is not enough to mitigate the destruction of demand or the lack of storage capacity.

Many market participants are wrong when they think that bankruptcies in the oil sector will balance the market and limit supply. When a company goes bankrupt, the assets are absorbed by another more efficient and debt-free business.

Governments all over the world are going to bail out their so-called strategic sectors, and the energy complex stands at the forefront of these actions. Betting on creative destruction to curb overcapacity will be a mistake. Governments and central banks will bail out the entire malinvestment binge of the last decade and, more importantly, incentivize even more overcapacity through massive stimuli, liquidity injections, and negative rates.

The oil market was already weak in 2019. Now it faces a cataclysm. Producers will have to adapt, as always, by adjusting costs. Cutting production only disguises the problem in the short term and creates more problems later, as we explain in The Energy World Is Flat (Wiley).

The reason why the oil market is broken is because it was not a free market. it benefitted from direct and indirect subsidies to create overcapacity and excess supply, and it has become a consequence of the excess in monetary and fiscal policies. The energy sector has become the clearest example of a “too-big-to-fail” mistake. Unfortunately, malinvestment will be -again-rewarded, and the oil market is likely to remain as inefficient and bloated as the coal and aluminium ones.

There will be volatility. But the long-term value destruction of the sector, both from state-owned and private entities, will remain. 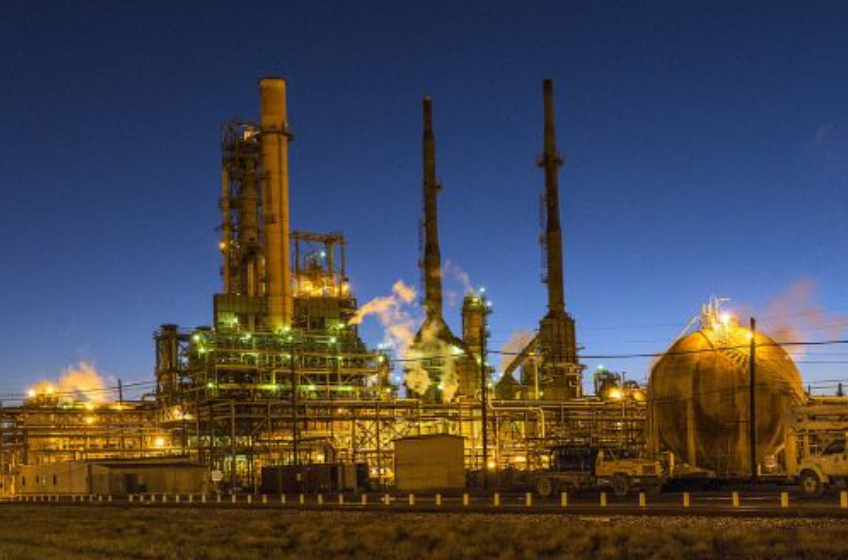