The NEB and the Duty to Consult

“Duty to Consult could provide Indigenous political leaders with veto power over any development thought to even remotely affect them.”

“Energy infrastructure companies should consult with all directly affected parties, but that’s not the same as shackling industry with more ambiguous requirements that push projects deeper into limbo.”

Are landowners ignored in favour of a veto for First Nations leaders?

In 2004, the Supreme Court created a “duty to consult” with Canada’s aboriginal peoples for administrative issues—such as issuing permits or licenses—where their rights could be affected, even while acknowledging that there is often no clarity about what those rights are in the first place.

This decision created a black hole of endless potential lawsuits about whether the duty to consult has been met. Someone can always claim that there was inadequate consultation.

On top of this, the Trudeau government has stated that it wants to honour the 2007 United Nations Declaration of the Rights of Indigenous Peoples (UNDRIP).

This UN declaration is, like all the others, non-binding and any government could simply ignore it. But insofar as it is followed, it creates a requirement not just for consultation, but consent.

Some have argued that this could provide the political leadership of Indigenous Canadians with veto power over any development thought to even remotely affect them.

Of course energy infrastructure companies should consult with all directly affected parties, but that’s not the same as shackling industry with more ambiguous requirements that push projects deeper into limbo.

The court killed the Clyde River oil and gas exploration project because there had been “inadequate” consultation with the Inuit community.

Meanwhile, in the Line 9 case the court overrode the objections of the Chippewas of the Thames because the consultation was “good enough.”

We need to emphasize that these decisions are basically arbitrary. Everything is based on numerous extremely vague requirements such as engaging with “potentially affected” groups (what does “potentially” mean here?), creating a “transparent process” (what counts as appropriately transparent?) and “demonstrating willingness” to make changes (how do you measure willingness?)

But it gets worse. Two federal panels issued reports this summer dealing with NEB “modernization” and the nature of impact assessments. Both reports call for giving “equal consideration” to the “traditional knowledge” of Indigenous people, which they say warrants the same recognition as so-called “Western” science.

One might first ask what is meant by Western science as opposed to simply science. After all, the principles of science with which we investigate our world and refine our knowledge are supposed to be universal—they are supposed to be valid for everyone, not merely “the West.”

But “traditional beliefs” are now supposed to inform administrative procedure, despite the government failing to define them or articulate how they fit into the typical standards of evidence.

This is not to say that there are no justified beliefs within the framework of “traditional knowledge.” But many of these traditions are based on spiritual beliefs and unsystematic observations orally transmitted over centuries and infected with confirmation bias.

These things are not subject to the standards by which we judge scientific theories.

When is “traditional knowledge” actually just a false belief? We would typically answer a question like this based on scientific principles.

But if government bureaucrats decide that traditional knowledge is an entirely separate issue with different rules of evidence (or no such rules), it becomes immune to any fair evaluation process.

This is especially true in our smothering atmosphere of political correctness, which insulates the ideas of some groups from any discussion and criticism.

So first we have “duty to consult,” which is characterized by woefully ambiguous guidelines that are totally out of place in a civil society that requires clear rules.

Then the consultation requirement opens the door to pseudo-scientific shenanigans that could very well undermine legitimate inquiry into real environmental impact.

And in case these considerations seem unfairly dismissive of other interests, we must also raise the question of whether this tangled web will even benefit Indigenous groups in general.

It’s no stretch to say that many of Canada’s First Nations and Intuit have very little control over their own affairs.

Most of them have no property rights. Their lands are administered by a self-serving bureaucracy in Ottawa, while many band councils act like Soviet commissars who enrich themselves while everyone else struggles.

We have seen this in the endless wrangling over energy projects in B.C.

As the decision-making for these projects becomes more and more collectivized, they become more and more uncertain. Uncertainty is a big investment killer, and our governments sure seem like they want to kill big investments in our country that help us contribute meaningfully to the world’s energy needs. 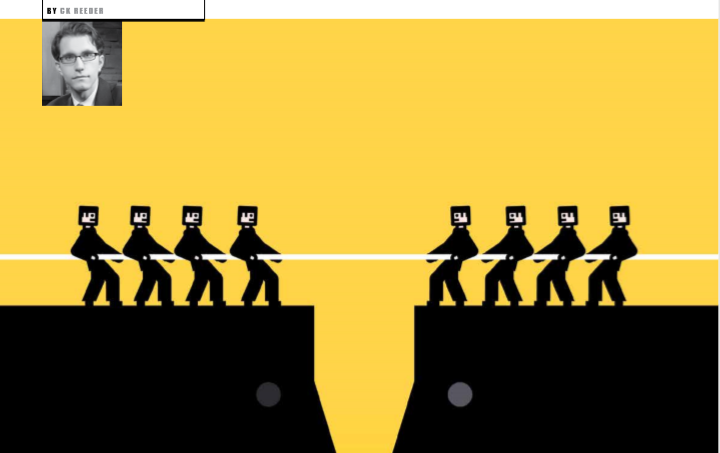 C. Kenneth Reeder is a Calgary financial analyst providing mergers and acquisitions advisory services for mid-sized, privately held companies in Western Canada. He works with many clients in the oilfield services sector. He is also the editor of CanadianMarketReview.com