The National Energy Board is a failure

We bring this 2010 Natural Resources Committee transcript to your attention as a reminder of what we at CAEPLA have been saying for decades:  the National Energy Board is a failure.

It used to "work" reasonably well for companies -- but those days are long gone as we can see in the paralysis the pipeline industry is suffering through today.

It never worked for landowners except occasionally -- and perhaps accidentally.

In recent years the Board has pretended to be a guardian of the environment, and has failed at that too, not least because it has obstructed farmers and ranchers, who are the true stewards of the land.

This reminder is urgent today as the Trudeau government proceeds with a radical rejigging of the Board and regulatory regime -- in a way we fear may make matters worse.

We will keep you posted on what we see as the implications flowing from the “impact Assessment Act” and the “Canadian Energy Regulator Act” as things become clearer in the months ahead. 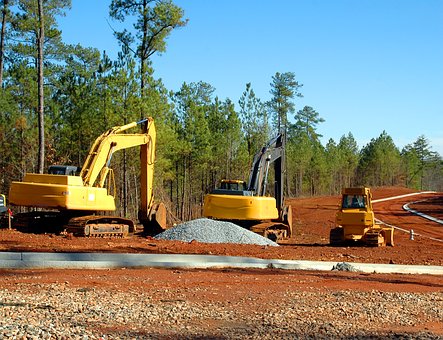 We'd like to thank the members of the committee for the opportunity to speak with each of you today. We are appearing on behalf of CAEPLA, the Canadian Association of Energy and Pipeline Landowner Associations.

My name is Dave Core, and I am CAEPLA's CEO. I am accompanied by John Goudy. John lives and works on his family's farm in southwestern Ontario. He is a practising lawyer and a member of CAEPLA's board of policy advisers.

The individuals who gave birth to CAEPLA are landowners who'd come to understand that the NEB is not a public interest regulator in the sense that any normal person would understand a public interest regulator to be. For all practical purposes, the NEB has three mandates--as an energy industry facilitator, as a regulatory watchdog, and as a quasi-judicial body and sometimes ombudsman that is seemingly obligated to represent the interests of the people its policies affect.

As an industry facilitator, it is a success. As a regulatory watchdog, it is passive and theoretical. As a sometimes ombudsman giving due regard to the legitimate interests of landowners, it is a failure.

For many years, growing landowner resentment toward the NEB has bubbled beneath the surface. It didn't spill into the public arena because few landowners had been subject to its regulatory provisions. Alberta regulates about 400,000 kilometres of pipeline. By way of contrast, up until recently the NEB's pipeline portfolio was about one-tenth that size. Due to oil sands and other production factors, this is, and will be, dramatically changing.

The first significant public expression of landowner resentment toward the NEB and its policies spilled into the public arena some years ago when two farm couples from southwestern Ontario mortgaged their farms to launch a court action. Frustrated by all that was occurring at the time, these landowners believed it would be easier to address the issues by engaging in a legal action against the pipeline company that operated within the provisions of the NEB regulations rather than against the federal government as represented by the NEB.

The court battle addressed soil degradation and diminished property values. It resulted in a legal victory for landowners, but it didn't change NEB policy.

Since that court case, without consulting landowners the NEB amended its policies to shift financial and legal liability for abandoned pipelines from the pipeline companies to landowners. It established provisions, again apart from landowner consultation, that awarded jurisdictional control, of what today amounts to one million acres of land, to the pipeline companies that the NEB openly and unabashedly was calling its partners.

The NEB then established provisions, again apart from landowner consultation, that resulted in landowners holding liability every time they drove their farm equipment across a buried pipeline on their farms without first obtaining permission from either the NEB or the pipeline company.

The most recent episode of the NEB openly trampling landowner interests occurred in Alberta when it unilaterally stripped thousands of landowners of the legislative and regulatory protections they had enjoyed for decades when it transferred control of 24,000 kilometres of Alberta-regulated pipeline into its own portfolio. It did this even after landowners raised and spent hundreds of thousands of dollars to appear before the NEB with professional witnesses to fully explain the far-reaching implications of such a policy.

Moving to the NEB's current LMCI process--land matters consultation initiative--CAEPLA and other affiliated provincial associations raised several hundred thousand dollars to participate in this undertaking. Our objective was to ensure that we could utilize the expertise of professional witnesses to fully and accurately present the NEB with a clear understanding of the impact its policies had upon landowners.

At the very beginning of the LMCI process, a condition of participation by CAEPLA and our affiliated associations was an assurance that the rules would be amended in such a way that landowners would not hold financial or legal liability for abandoned pipelines. After all, we don't own or hold a financial interest in these pipelines.

We were assured by the NEB that such would be the case. Then, after we appeared at the LMCI, we were told that landowners would have to hold some liability for abandoned pipelines.

The result was that CAEPLA and all our affiliates walked out, knowing we had been misled.

Today we recognize that no single agency of government, no matter how well intended and well funded it may be, can fulfill the mandates as contradictory as those held by the NEB. The NEB cannot be, all at the same time, an energy industry facilitator, a regulatory watchdog, and a type of ombudsman to the people its own policies trample. This is a matter of how you see this.

Regulatory capture at the NEB is very real and very alive. It is our considered opinion that this is not due to an inherent flaw in the character of its managers. Rather, it exists as a natural outworking of the contradictory and competing mandates that the NEB possesses.