Why government pipeline and energy corridor schemes are destined to fail

“What are the chances that elected individuals can assemble these puzzle pieces to produce useful and financially viable energy transport infrastructure? The answer: almost zero.”

Like many Canadians, I have been following the steady reporting on the proposed Trans Mountain pipeline expansion (TMX), Bills C-48 and C-69, the possibility of the federal government selling partial ownership to an Indigenous group, and Andrew Scheer's proposed energy corridor.

The creation of a functioning twin of an existing conduit two feet in diameter and 1,150 kilometres long seems as difficult as successfully assembling a jigsaw puzzle containing billions of pieces scattered over millions of square kilometres. The realization of new oil and gas transportation appears more challenging and even less likely.

What are the chances that elected individuals can assemble countless puzzle pieces to produce useful and financially viable energy transport infrastructure? The answer: almost zero.

Writing about the use of knowledge in society in 1945, Nobel Prize-winning economist F.A. Hayek explained why:

“The peculiar character of the problem of a rational economic order is determined precisely by the fact that the knowledge of the circumstances of which we must make use never exists in concentrated or integrated form but solely as the dispersed bits of incomplete and frequently contradictory knowledge which all the separate individuals possess. The economic problem of society is thus not merely a problem of how to allocate ‘given’ resources — if ‘given’ is taken to mean given to a single mind which deliberately solves the problem set by these ‘data.’ It is rather a problem of how to secure the best use of resources known to any of the members of society, for ends whose relative importance only these individuals know. Or, to put it briefly, it is a problem of the utilization of knowledge which is not given to anyone in its totality.”

The implication of Hayek’s insight is that, for government to completely and efficaciously coordinate a pipeline into existence, it would involve complete knowledge by each official of everyone else’s plans. But no one has or can possess this necessary amount of knowledge. Imperfect coordination is the inevitable result of the fact that individuals differ. And it is the reason why central planning gives rise to high cost, low output, low quality and, in the present instance, interpersonal conflicts and stalled pipeline construction.

Fortunately, there is a ready way to overcome what appears to be an insurmountable coordination problem: the price system.

Where knowledge of relevant facts is widely dispersed, as is the case with building, owning and operating a pipeline, prices serve to coordinate the separate actions of countless numbers of different people each pursuing their separate self-interests. A significant advantage of prices over planning is the economy of knowledge with which the price system operates. Individuals need to know very little about everything going on in the world around them to discern their best course of action.

Based on the information contained in a price, individuals modify their choices and adjust their behavior. The price system is a kind of machinery for aggregating and registering these changes. Hayek compared it to a telecommunications system enabling individuals to make decisions by watching the movement of only a few pointers.

Observing prices, each owner of private property (such as land, labour and other assets) has incentive to use that property in ways that produce the greatest return and personal benefit. Likewise, each potential buyer seeks to get as much satisfaction as they possibly can from spending their income.

Potential buyers avoid inefficient or costly suppliers and patronize ones more to their liking. Preferred sellers are motivated to increase their supply; others adapt or switch to producing other things. Output and consumption opportunities increase and a complex pattern of productive use of resources emerges, which includes pipelines and all other goods and services.

This outcome is intended by no one. It is spontaneous. It is the result of human action, not of human design. The spontaneous coordination of the economic decisions of millions of people occurs to the extent that prices — which guide people’s decisions — accurately reflect underlying economic realities such as resource scarcities and individual preferences. No one is forced to do business with those they would prefer to avoid. And being free to peacefully take advantage of any existing opportunities, each person selects those that improve their individual circumstances by the largest extent.

The price system does not resolve all the problems of building, owning and operating a pipeline. But it does encourage millions of people to interact in a respectful and mutually beneficial way.

No person, council, committee or parliament can effectively choreograph this outcome. But they can stifle it and even prevent it from coming about. Impediments to interpersonal trade hobble the ability of market processes to coordinate people’s mutually beneficial productive efforts.

Interventionism falsifies relative prices and compromises the integrity of information embodied in them. This misleads individuals into making an unusually large number of plans destined to fail, which is a pretty accurate summary of what has happened with a few recent high-profile pipeline projects in Canada. And it may foreshadow what is to come. 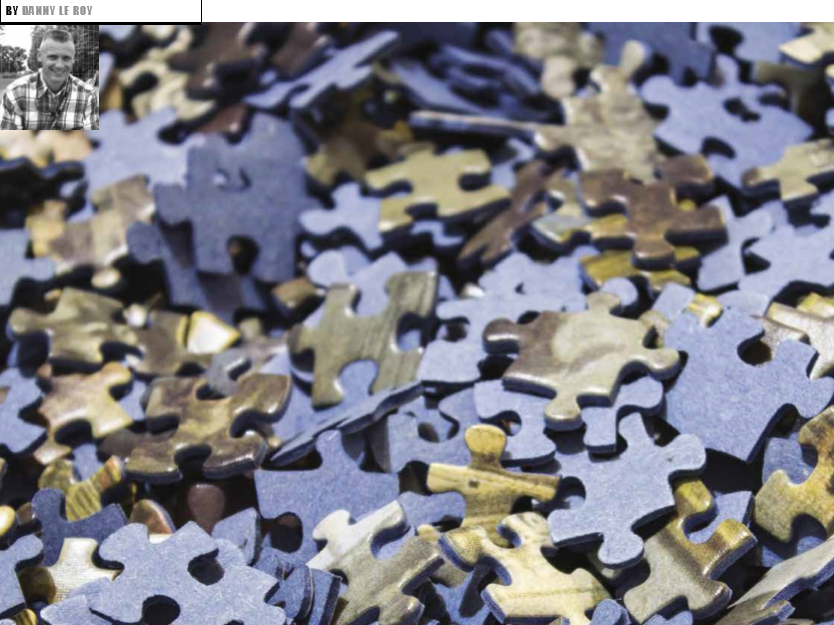 Danny Le Roy, PhD., is an economics professor at the University of  Lethbridge, where he is also coordinator of the Agricultural Studies program. Areas of research include commodity production, marketing and trade, government interventionism and Austrian economics. He blogs occasionally at mises.ca.