I knew from long-term records that the climate changes all the time, and all current changes are well within natural variability and do not correlate with CO2 changes.

I studied weather as aircrew and an operations officer with the Canadian Air Force. I learned how little we knew and how bad the forecasts were. They were almost useless beyond 48 hours then, and sadly it is the same today.

Despite this, similar computer models are used to make climate forecasts that tell us with 95 per cent certainty it will be warmer 50 years from now. What is going on? A massive deception is the simple answer.

After the Air Force, I determined to study weather and climate. This culminated in a Ph.D. in Historical Climatology from the University of London, England.

When I began in the late 1960s, global cooling was the consensus. I opposed that alarmist, unfounded prediction, as I later did the claim that global warming was due to humans. I knew from long-term records that the climate changes all the time, and all current changes are well within natural variability and do not correlate with CO2 changes.

Late in 2016 I was invited, along with former Australian Senator Malcolm Roberts and climate data specialist Tony Heller, to make a presentation on Capitol Hill and another before a group called Cooler Heads. The invitation came from Myron Ebell of the Competitive Enterprise Institute, who was appointed by the Trump organization to make proposals about the role of the Environmental Protection Agency (EPA) overall and specifically regarding global warming.

The EPA deliberately lost a lawsuit to the State of Massachusetts that charged the agency for failing to protect state citizens from the harmful substance CO2. By losing, the EPA forced the case to be adjudicated by the U.S. Supreme Court. They had to make the ruling under Administrative law, as Justice Scalia noted and determined that the EPA was legally required to control CO2.

The problem is, it was the EPA that decided that CO2 was a harmful substance. The ruling allowed the Obama administration to bypass Congress to achieve its global warming policy. It became the major argument used to support Obama’s push for the Paris Climate Agreement and the Green Climate Fund, the replacement for the failed Kyoto Protocol. That was a bad deal, as the U.S. Senate determined when it voted 95-0 to not even vote on accepting it.

My recommendation in Washington was that President Donald Trump withdraw from the Paris Agreement, but not on the basis of the bad science. I warned, based on experience from teaching a science credit course to arts students for 25 years, that he would be easily tripped up and most of the public would not understand anyway.

Wisely, he simply explained that it was a bad deal for the United States because it gave a competitive economic edge to other nations, especially China. It was also valuable that his daughter Ivanka had supported the Paris Agreement but, as a good businessperson, changed when she saw the details.

Trump could explain that the science was premeditated and deliberately orchestrated to demonize CO2 for a political agenda, but most would not understand. Promoters of what is called anthropogenic global warming knew most people wouldn’t understand the science, and exploited that.

Most don’t know that;

The question is, what was the motive for demonizing CO2? It began in 1968 when the Club of Rome decided that the world was overpopulated and expanded the Malthusian idea that the population would outgrow the food supply. Club of Rome member Canadian Maurice Strong told Elaine Dewar in her book Cloak of Green that the problem for the planet was the industrialized nations, and it was everybody’s duty to shut them down.

Dewar asked Strong how he planned to do that. He said he was going to the UN because: “He could raise his own money from whomever he liked, appoint anyone he wanted, and control the agenda.” After five days with him at the UN Dewar concluded: “Strong was using the UN as a platform to sell a global environment crisis and the Global Governance Agenda.”

The UN agency established to examine human-caused global warming, the Intergovernmental Panel on Climate Change (IPCC), was limited to only studying human causes by the definition created in Article 1 of the United Nations Framework Convention on Climate Change. It is impossible to identify the human cause without understanding and including all natural causes.

This IPCC focus put almost all the attention on CO2 as the byproduct of industry causing global warming. Two warning signs of deception were that 97 per cent of scientists agreed. First, science is not about consensus. Second, the research was completely concocted.

Actually, most scientists never read the IPCC Reports and simply accept what is publicized. Those who do read them are stunned by what they find, as happened to German meteorologist and physicist Klaus-Eckart Puls.

“Ten years ago, I simply parroted what the IPCC told us. One day I started checking the facts and data. First I started with a sense of doubt, but then I became outraged when I discovered that much of what the IPCC and the media were telling us was sheer nonsense and was not even supported by any scientific facts and measurements,” Puls said, adding: “To this day, I still feel shame that as a scientist I made presentations of their science without first checking it.”

My challenge to the government version of global warming became increasingly problematic. They couldn’t say I wasn’t qualified. Attacks included death threats, false information about my qualifications posted on the Internet, and three lawsuits from IPCC members all filed by the same lawyer.

Most people can’t believe that such things occur about opinions in a democratic society. I urge them to test the idea by telling people that they don’t accept the human-caused global warming idea. The reaction from most, who know nothing about the science, will surprise them.

I documented what went on in a detailed, fully referenced, book titled The Deliberate Corruption of Climate Science. A lawyer commented that it lays out and effectively supports the case, but is “a tough slog.” I recently published a brief ‘non-slog’ handbook for the majority of people, not to insult their intelligence, but to help them understand the science and its misuse for a political agenda.

Titled Human Caused Global Warming: The Biggest Deception in History, it’s presented in the logical form of a criminal or journalistic investigation. It answers the basic questions of Who, What, Where, When, Why and How.

It provides the motive and method for the corruption of science to substantiate and bolster Trump’s decision. 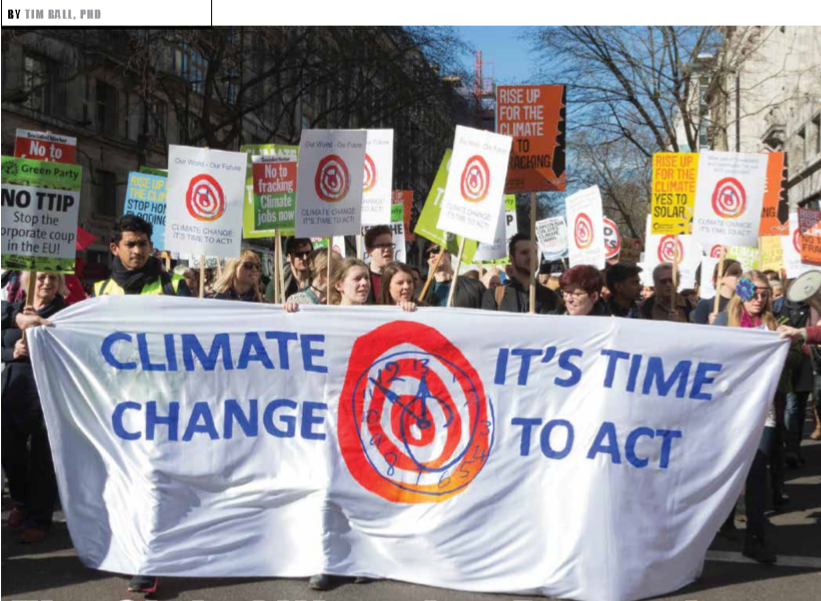 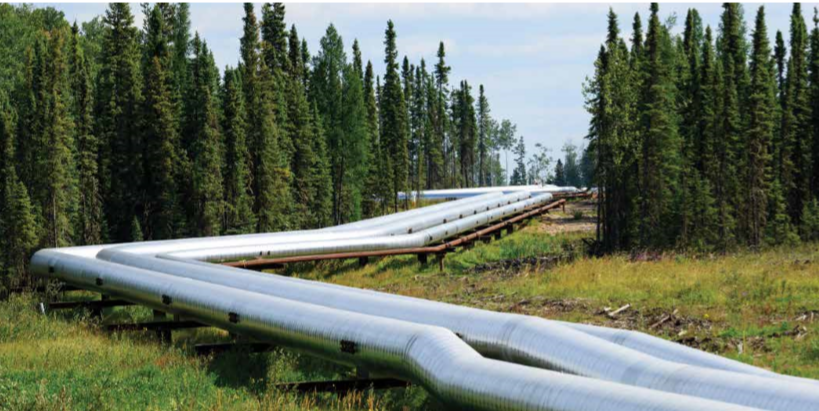 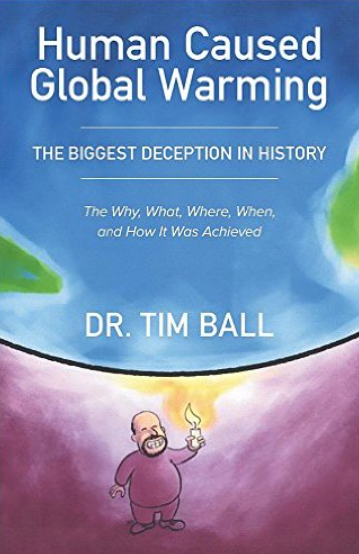 Tim Ball, PhD, is a Victoria-based climatologist, author and lecturer, and professor emeritus, University of Winnipeg.  In March 2007 Dr. Ball met with leading U.S. senators, representatives and chiefs of staff in Washington, D.C. He also testified before the U.S. House of Representatives Committee on Natural Resources’ Subcommittee on Energy and Mineral Resources.