Are landowners aware of this viable alternative to flaring?

Seeing a flare stack on or beside your property can bring a lot of uncertainty.

Just what are the long-term effects on your livestock, crops or the air you and your family breathe? And will the neighbours complain about the flame, smoke and noise?

Flares have been an expected part of the oil and gas landscape for years. But after the Alberta Research Council (ARC) released a study back in 1996, they’ve caused a lot more concern and worry.

The study found that flares only combust about 64-85 per cent of the gas directed to them. And the emissions revealed more than 250 different compounds (including hydrogen sulphide and polycyclic aromatic hydrocarbons).

Since then, other research has been done on waste gas harm to livestock in Western Canada.

Despite screeching from the media, most property owners have no desire to grind oil and gas production to a halt. But they do wish to work with landmen on options and procedures that will ensure the safety and health of their property and community.

Enter the evolving technology of incineration.

“Landowners should know there are other options for waste gas treatment.

Few are aware of the difference between flares and incinerators.

An incinerator has no visible flame, and is not affected by crosswinds. Contrast that to the ARC study, which found that crosswinds reduce the combustion efficiency of flares.

In a flare, the ignition takes place at the top of the stack — you have no pre-mixing of air and waste gas. Whereas a proper incinerator achieves near-total combustion by doing the burn inside the stack.

It was with this in mind that a Calgarian by the name of Tom Wiseman set out to tackle a problem in the late 1990s. Rather than demonizing big business or crying for regulators to attack, he used some engineering and ingenuity to solve well issues he was having in the Taber area.

When Wiseman started getting complaints from neighbours, he jerry-rigged some equipment to form a makeshift stack on his well. This soon made him realize the potential for a flaring alternative.

Working out of his garage, he researched technology developed by the Department of National Defence to hide the infrared signature of heat coming from their battleships.

From there, Wiseman figured out a burner and stack system: units would mix air and waste gas inside. Then the stack would be composed of sections that gradually increased in diameter on the way up, carrying more air each section, so that combustion would happen inside. No smoke, no visible flame, no odor, minimal noise — and a complete burn.

He put his new equipment to the test at wells obtained from Petro Canada and Apache. They worked like a charm, and both companies ended up buying the equipment.

In 1999, TCI Incinerators (or Total Combustion Inc) was born.

As president of TCI, Wiseman set up headquarters in Red Deer in order to be at the centre of the service industry in Alberta. The company also has offices in Calgary and Colorado, and has supplied equipment around the world.

While midstream organizations know of TCI’s technology, the company sees a lack of awareness among property owners. I reached out to their Sales Engineering Manager, Adesua Egbe, for comment. Here is what Egbe told me:

“Landowners should know there are other options for waste gas treatment.

“‘Environmentally-friendly’ is a buzzword. But farmers and ranchers in the area sometimes stop in [to TCI] because they see our sign and are curious about our technology. They want to know if it really works.

“And we can show that incinerators are a cost-comparable and much cleaner solution than flaring.

“The body of our equipment is not hot, so it’s safe for plants and animals in the area. It doesn’t take up a lot of space, and we have mobile units for remote locations.

“Of course the most important thing is the waste gas elimination.

“But because it is odorless and smokeless, with an enclosed flame, if a unit is set up near other residents we usually get zero complaints. They can’t even tell the unit is turned on!

“So I just want people to know they do have a right to ask that an incinerator be used on their land.”

Of course, right now the oil and gas industry is hurting. Activity is way down.

But when it inevitably comes back — as it always does — it’s best to be prepared ahead of time.

If you are a landowner and you want to know about your options for waste gas elimination, TCI has a few ways you can get in touch.

What Are Externalities and How do You Manage Them?

Any attack on someone else’s property, once allowed, could also possibly be turned against your property. So as a rising tide lifts all boats, firm support of all property rights tends to support your personal property rights.

When transactions directly impact your property, let’s say with an energy company, this is where the issue of “externalities” pops up. For the sake of this discussion, we could say that an externality is an effect on other people’s property rights due to your transaction. So, an externality is defined as something not captured in a normal market transaction.

These externalities can be positive or negative.

I hire a landscaper to plant a flower garden on my front lawn. Even though I did it for myself, it turns out that most people on my block really enjoy the view and the smell. The landscaper didn’t charge me based on how my neighbours would react.

I lease my land to a company that wants to run an oil well. They flare the waste gas from production, and since it is not completely combusted, pollutants drift onto nearby farms. Also, the other residents are bothered by the sight of flames and smoke, as well as the odour.

The standard response to negative externalities is for the government to step in. They can levy a tax or penalty to the offending parties. This response is said to now “internalize” the cost of the externality.

It can go the other direction, too, in the form of subsidies. When we give politicians control over externalities, we basically give them free run to apply this to nearly any case that exists.

GOVERNMENT ISN'T THE ONLY SOLUTION

To use a silly positive example, let’s say we have a neighbour who tells great stories, and everyone in the area just loves to listen to him. Bureaucrats could say he is inefficient with his storytelling. I mean, we could all do with more of his stories! To get his story production up to an efficient level, they could offer him a subsidy.

You could say, well, that was obviously over-the-top. There are cases where two parties get together and screw over the rest of the community. Isn’t the State the only thing capable of tackling these external negative effects?

The case of TCI Incinerators is a crystal-clear example of how the market can pinpoint negative externalities and solve them. And such technological innovation can be done in a cost-competitive way with existing processes.

Even more interesting, this solution tackles more than one externality.

Of course, emissions are the highest concern. But the equipment also deals with unsightly flame, smoke, and odour, which may have all been cause for external complaints. 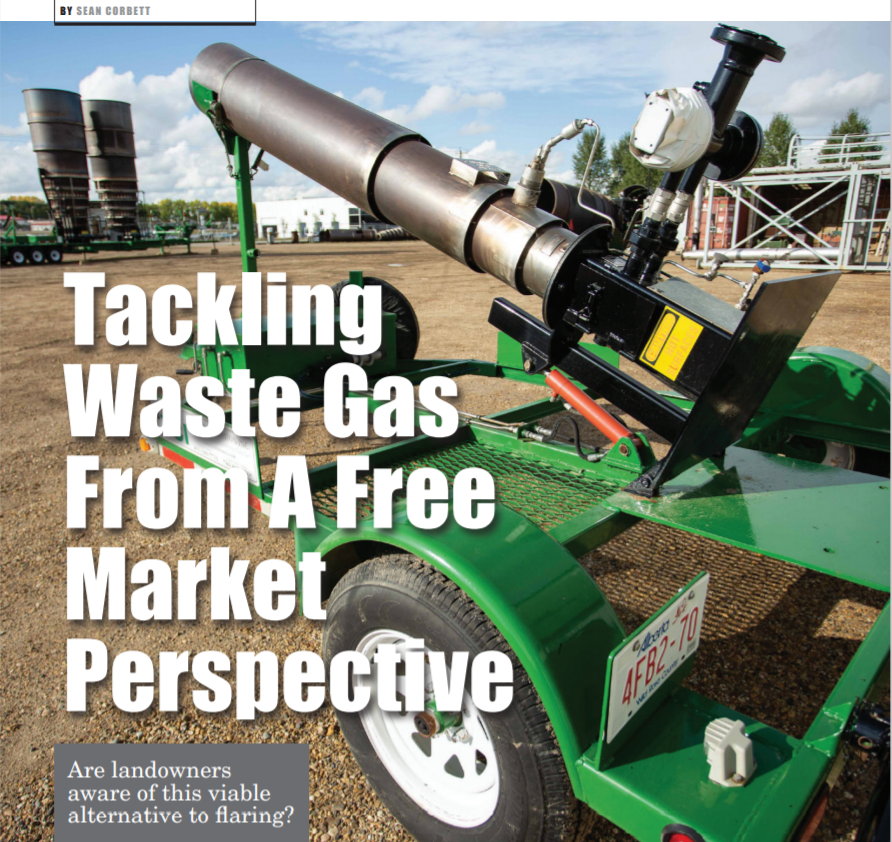