Ottawa’s Aboriginal agenda is a stealth assault on your property rights.

The infamous quote from during the 1980 election brought forth Albertans’ retort, “Let the eastern bastards freeze in the dark,” which was plastered on bumper stickers across the province.

Pierre Trudeau and his notorious National Energy Program (NEP) caused much damage to both Alberta’s and Saskatchewan’s economies — so much so that senior Trudeau seriously aggravated the long-standing suspicion in the West that the Liberal Party was more vampire than friend.

Pierre’s son, Justin, now Canada’s minority government prime minister, is doing it once again with Bill C-69. The legislation replaces the National Energy Board by adding to the existing mountain of regulations and other obstacles that now stand in the way of pipeline and other vital energy projects.

With environmental and Indigenous “duty to consult” requirements — which are already onerous — Bill C-69 will make it almost impossible to initiate critically important projects.

While the NEP was an assault on Alberta, it was not an attempt to destroy an entire industry. Bill C-69 is. The feeling is strong in the West that the Liberal Party’s extreme ideology — a belief that the oil and gas industry must be shut down to save the world — is the real reason for C-69.

Will the CER OK cultural ceremonies on your land?

C-69 is murder by legislation of the fossil fuel industry. It will cripple economic recovery. And worse: C-69 is also a direct assault on fundamental property rights.

The Canadian Association of Energy and Pipeline Landowner Associations (CAEPLA) concludes that under C-69, federal government inspectors are empowered to bring “Indigenous Monitors” onto private land, with the landowner having absolutely no right to object. “Indigenous Monitors” can unilaterally decide if something on your land is archaeologically valuable to them. They may also have the right to perform “cultural ceremonies” on your land.

This applies to any landowner with a federally regulated energy project located on their land. The landowner automatically becomes part of the federal government’s “Reconciliation Agenda.”

Reconciliation sounds nice, but the ultimate goal of C-69 is expropriation. The astounding thing is that all of this is being done in secret, and with no input from the public.

C-69 is a secret assault on property rights. And this should not surprise anyone who has been following the current federal government’s Indigenous initiatives. For example, consider the federal government’s recent deal with unelected people who call themselves “Wet’suwet’en hereditary chiefs.”

This deal is so secret that thousands of town and rural landowners might soon be horrified to find out that they don’t own the land they thought they did. Why? Because their houses, farms and businesses — that they bought and paid for — are on something the government now chooses to call “Wet’suwet’en land.”

Justin Trudeau’s minority federal government has also introduced a “Practice Directive.” It prevents federal lawyers from even properly defending the approximately 45,000 outstanding Indigenous claims if a proper defence would interfere with reconciliation — yes, there’s that “reconciliation” word again. Or should it be spelled recon$iliation?

And if you think that the federal government will be on the landowners’ side, think again.

Trudeau’s government sees property owners as just another obstacle in the way of its extreme Indigenous agenda.

Lawyer Peter Best is the author of There Is No Difference, a book that carefully details the unrelenting assault on Crown sovereignty carried out by an activist Supreme Court and the current ideological federal government.

C-69 is not only bad legislation, it is an unconscionable interference with property rights. It is also an attempt to sneak in through the back door what should be part of a constitutional debate. If the federal government is attempting to fundamentally change property rights, it should do so openly and honestly, and through a process that allows every citizen the opportunity to actively participate.

Brian Giesbrecht is a retired judge and a senior fellow with the Frontier Centre for Public Policy. 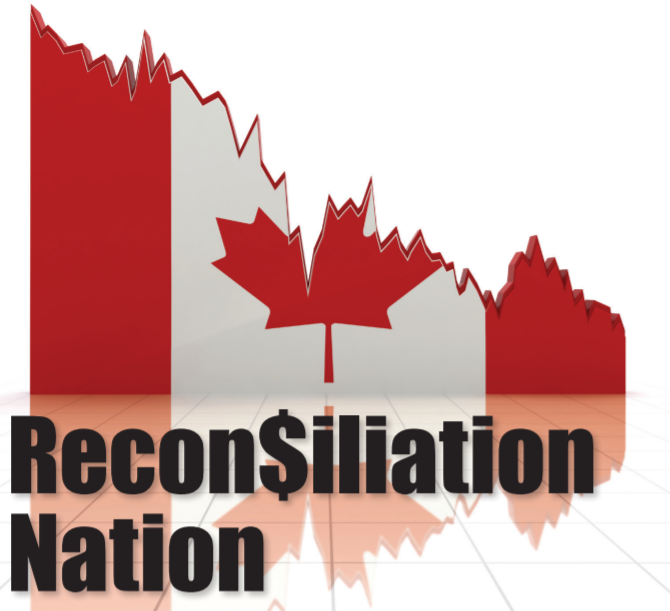