When Phil Cousins first heard about the Nova Scotia government’s plan to introduce biodiversity legislation, he was skeptical. Cousins owns a 60-acre property in Cape Breton, where he’s transforming a spruce monoculture into a more diverse Acadian forest.

And while he supported the legislation in principle, he worried about ceding control of his land to a government whose decision-making on environmental protection he hasn’t always trusted.

“My first impression was, I'm a private woodlot owner, this concerns me, and I should read up on it.”

Cousins’ concerns were assuaged after he did some research and concluded any changes to his property rights would be limited by the act, which is designed to protect at-risk habitat and ecosystems, limit the impact of invasive species and improve biodiversity reporting and education in the province.

Others were not convinced. Massive blowback from industry and landowners last week caused the province to significantly scale back the legislation — a move advocates say shows the challenge governments face in trying to balance conservation with property rights.

“The big pushback was private landowners said to the government, ‘Don't tread on me. I have the supreme right to do whatever I want. And I don't want regulations,'” said Raymond Plourde, wilderness co-ordinator with the Ecology Action Centre.

The legislation, Bill 4, which is set to come into effect Oct. 1, was tabled in mid-March. The act was originally meant to apply to private holdings, which comprise about 70 per cent of the provincial land base and Crown land. But on March 23, the province’s Department of Lands and Forests caved under the pressure and removed private land from the equation.

It further watered down the act by eliminating offences and fines, and removing ministerial power to intervene in instances where an endangered plant or animal is threatened.

The changes came after a concerted campaign that advocates say was designed to spread misinformation and division.

Shortly after the act was tabled, an organization billing itself as the Concerned Private Landowners Association — an initiative of Forest Nova Scotia, an association representing woodlot owners, as well as industry players — launched a campaign titled "Stop Bill 4." It included a website that described the bill as “the dream of Halifax activists” who “want to stop all natural resource economic activity” and “control what rural property owners can do on their land.”

The campaign angered environmental advocates, who noted the act is consistent with other legislation that places limits on private property rights, including the province’s Endangered Species Act, and said that the campaign exaggerates the rural-urban divide.

“We work with ... all kinds of folks in rural Nova Scotia and otherwise who are making deliberate choices to help restore and conserve biodiversity and species. Everyone is affected by what happens on our planet,” said Plourde. “Unfortunately, because of this misinformation, many folks think that the government is doing something bad, when really they’re trying to do something that is good and needed.”

Plourde also rejected the suggestion that activists were involved in writing the legislation.

“Of course we didn't. Governments write acts, not NGOs. These are lies.”

When asked about evidence that NGOs had drafted the act, and whether it was accurate to describe NGOs as having undue influence on the process, Jeff Bishop, the executive director of Forest Nova Scotia, said that “I guess that would be up to the individuals reading (the website) and how they would react to something like that.”

Landowners such as Stephen Cole, who owns a woodlot and works for the timber broker H.C. Haynes, welcomed the changes to the legislation. “They gave the landowners what they wanted. And yes, this has taken the teeth out of the act. But the landowners didn't like being bit.”

But while environmentalists say the modified act still has some existential value, they’re nonetheless disappointed it was gutted following a “misinformation” campaign.

In a statement, a spokesperson for the Department of Lands and Forestry said the changes were meant to respond to stakeholder concerns and “ensure collaboration remains a key focus, as was always intended.”

As for Phil Cousins, who may selectively harvest trees from his woodlot eventually but is ultimately focused on preserving the forest’s diversity, he said he’s disturbed to see how many landowners have come to see their rights as being in conflict with protecting biodiversity.

“Most of us out on the land care very much to not be interfered with by the government, so we have a natural mistrust. And it was easy to trigger that response from people by playing the culture war card in terms of, you know, a city elite, that are snowflakes and tree-huggers and essentially don't understand rural life. And that’s not it at all.”

With the act now confined to Crown land, he’s worried biodiversity may pay the price for that divide.

“If your biodiversity mandate doesn't cover (private land), then you've lost the ecosystem picture. The whole point of biodiversity is that it's the whole province; it seems crazy that you would only manage biodiversity on Crown land.”

With files from The Canadian Press 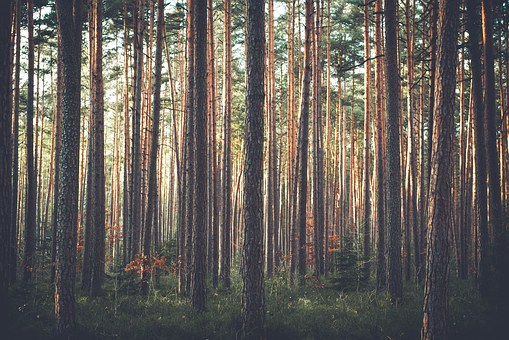