Ownership means full control of the services that can be derived from a good. This catallactic notion of ownership and property rights is not to be confused with the legal definition of ownership and property rights as stated in the laws of various countries. It was the idea of legislators and courts to define the legal concept of property in such a way as to give to the proprietor full protection by the governmental apparatus of coercion and compulsion, and to prevent anybody from encroaching upon his rights. As far as this purpose was adequately realized, the legal concept of property rights corresponded to the catallactic concept.

However, nowadays there are tendencies to abolish the institution of private property by a change in the laws determining the scope of the actions that the proprietor is entitled to undertake with regard to the things that are his property. While retaining the term private property, these reforms aim at the substitution of public ownership for private ownership. This tendency is the characteristic mark of the plans of various schools of Christian socialism and of nationalist socialism. But few of the champions of these schools have been as keen as the Nazi philosopher Othmar Spann, who explicitly declared that the realization of his plans would bring about a state of affairs in which the institution of private property will be preserved only in a "formal sense, while in fact there will be only public ownership."

There is need to mention these things in order to avoid popular fallacies and confusion. In dealing with private property, catallactics deals with control, not with legal terms, concepts, and definitions. Private ownership means that the proprietors determine the employment of the factors of production, while public ownership means that the government controls their employment.

Private property is a human device. It is not sacred. It came into existence in early ages of history, when people with their own power and by their own authority appropriated to themselves what had previously not been anybody's property. Again and again, proprietors were robbed of their property by expropriation. The history of private property can be traced back to a point at which it originated out of acts that were certainly not legal. Virtually every owner is the direct or indirect legal successor of people who acquired ownership either by arbitrary appropriation of ownerless things or by violent spoliation of their predecessor.

However, the fact that legal formalism can trace back every title either to arbitrary appropriation or to violent expropriation has no significance whatever for the conditions of a market society. Ownership in the market economy is no longer linked up with the remote origin of private property. Those events in a far-distant past, hidden in the darkness of primitive mankind's history, are no longer of any concern for our day. For in an unhampered market society, the consumers daily decide anew who should own and how much he should own. The consumers allot control of the means of production to those who know how to use them best for the satisfaction of the most urgent wants of the consumers. Only in a legal and formalistic sense can the owners be considered the successors of appropriators and expropriators. In fact, they are mandataries of the consumers, bound by the operation of the market to serve the consumers best. Capitalism is the consummation of the self-determination of the consumers.

The meaning of private property in the market society is radically different from what it is under a system of each household's autarky. Where each household is economically self-sufficient, the privately owned means of production exclusively serve the proprietor. He alone reaps all the benefits derived from their employment.

In the market society, the proprietors of capital and land can enjoy their property only by employing it for the satisfaction of other people's wants. They must serve the consumers in order to have any advantage from what is their own. The very fact that they own means of production forces them to submit to the wishes of the public.

Ownership is an asset only for those who know how to employ it in the best possible way for the benefit of the consumers.

[This article is excerpted from chapter 24 of Human Action: The Scholar's Edition and is read by Jeff Riggenbach.]

Ludwig von Mises was the acknowledged leader of the Austrian school of economic thought, a prodigious originator in economic theory, and a prolific author. Mises's writings and lectures encompassed economic theory, history, epistemology, government, and political philosophy. His contributions to economic theory include important clarifications on the quantity theory of money, the theory of the trade cycle, the integration of monetary theory with economic theory in general, and a demonstration that socialism must fail because it cannot solve the problem of economic calculation. Mises was the first scholar to recognize that economics is part of a larger science in human action, a science that he called praxeology. 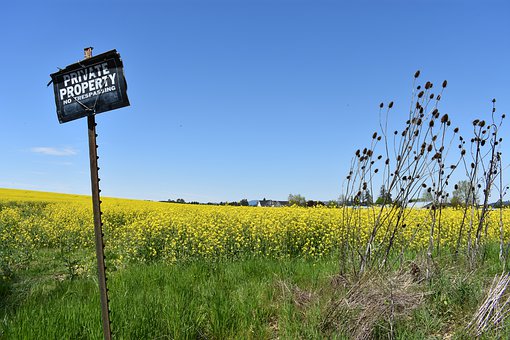