When Canada’s major pipeline projects get stonewalled by political interference, it’s bad for the world.

We generally think of the pipeline debate in terms of economy and environment, but pipelines can be a war and peace issue as well.

An American diplomat once said, “If goods cannot cross borders, armies will.” If people can’t get what they need through cooperation and trade, then they must resort to violence and plunder.

That is why most of history’s wars have been fought over land and resources. In the modern era we basically accept that oil and gas have something to do with many conflicts. We know why so many “strategic interests” include the Middle East and not the Congo.

We can see this in Syria. The war-torn country is ground zero for clashing foreign interests. There are many layers to the conflict but one of these is competing gas pipelines.

It’s nearly impossible to understand the irrationality of Middle Eastern politics, and Syria’s civil war is no different. We have a nasty secular dictator fighting a hodgepodge of terrorist-rebel factions (including ISIS, Al-Qaeda, and others). Whatever they’re fighting over, it’s a brutal struggle with no good guys to cheer for.

How do pipelines fit in? The Syrian Civil War started in 2011. In 2009, Syria’s leader Assad rejected a pipeline project with Qatar and Turkey, while supporting an Iranian pipeline project through Syria.

The Qatar-Turkey pipeline would have gone from Qatar’s North gas field through Saudi Arabia, Syria, and on to Turkey with future access to Europe. Qatar is a major gas producer and its rulers want to be main providers of gas for Turkey, which otherwise depends on Russia and Iran for energy. They also have their eyes on Europe, which will be thirstier than ever for natural gas imports as its own production wanes.

Now on the flip side of this, who is supporting Syria’s regime against the terrorist-rebels? Russia and Iran.

Both are key Syrian allies. The rejected project would have been a problem for Russia and Iran’s own pipeline related goals through Syria and Turkey because they need to preserve market share and economic power. Assad reportedly said he would not sign off on the Qatar-Turkey pipeline to protect Russia’s economic interests.

All this foreign interference has greatly aggravated the Syrian conflict, leading to hundreds of thousands dead and a refugee crisis that has spilled into Europe and elsewhere.

When politicians point to the tragedies of Syria and tell us to open our arms and wallets for refugees, we should reflect a bit on how we can alleviate conflicts over petroleum resources.

Building more energy infrastructure and exporting more oil and gas is a huge part of this.

Peace isn’t created by vapid, sloganeering politicians, nor by pompous bureaucrats making sleazy deals in the halls of the UN.

Peace comes through trade. Civilized people know it’s better in the long run to have economic relationships, not violent ones. People don’t even have to like each other to do business together and make deals. That is the beauty of commerce.

Oil and gas are the lifeblood of modern civilization and thankfully there is no problem of running out anytime soon. The challenge instead is actually making our abundant supplies available to those who want to buy the stuff.

When Canada’s major pipeline projects get stonewalled by political interference, it’s bad for the world. It creates smaller global supply for purely political reasons. Having fewer sources of stable supply empowers the world’s bullies to leverage their economic power where supplies are constrained. This is especially true with natural gas, which was mostly stuck in its local market before the advent of LNG transportation.

And so Canada’s restrictive pipeline policies will stimulate more conflict than otherwise. Some of these conflicts will be bloody and make people flee their homelands.

But increasing Canadian supply could help reduce demand for product from those who resort to instigating war to promote their exports.

So, Canada can do its part for peace and win small victories by selling more oil and gas to the rest of the world. By doing so can we help ease a major source of military conflict on earth.

A pretty good reason to end the political paralysis of pipelines in Canada. 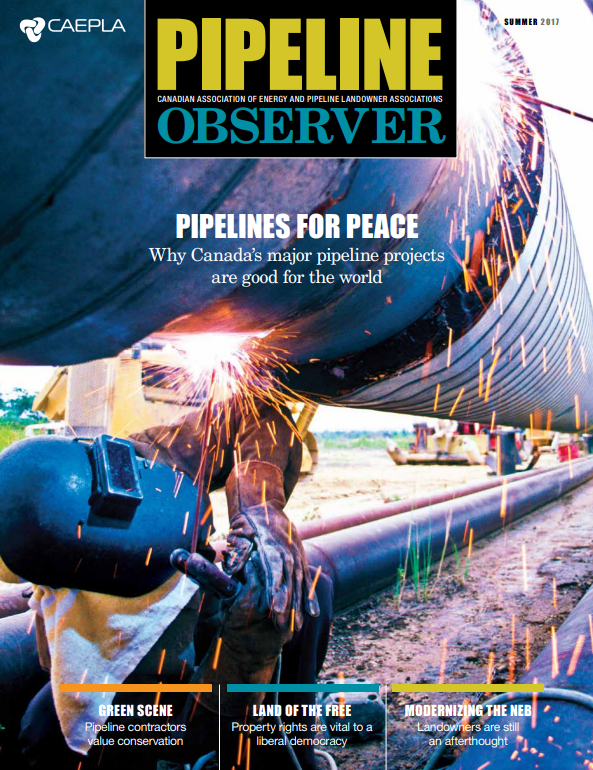 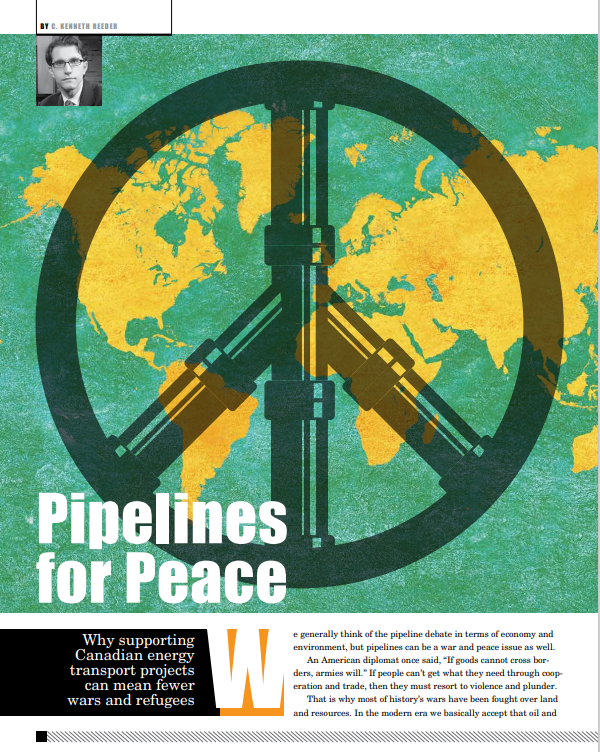 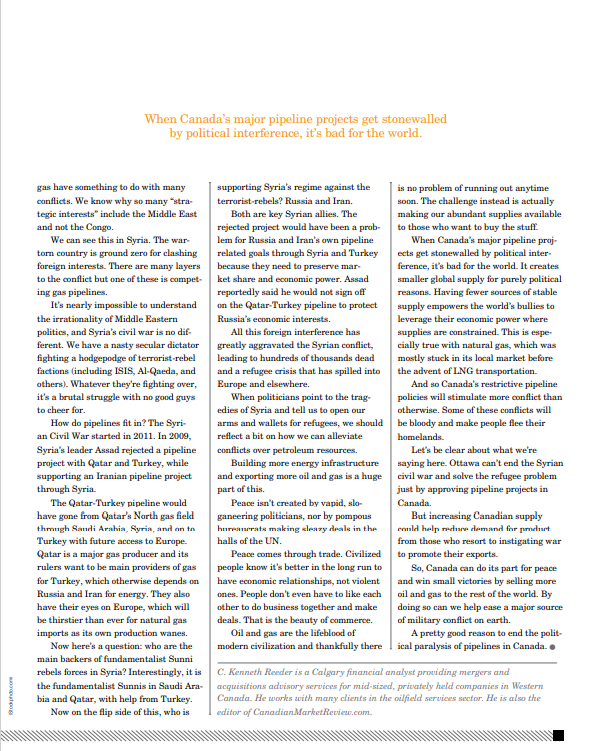