Inching closer to the respect of property

"With decommissioning, rather than abandonment, we inch closer to a tenable position for the property owner."

What should happen when a pipeline stops being used, and who should be responsible?

A possible two-way discussion between landowner and energy company is further complicated by the presence of the National Energy Board.

The NEB regulates all pipelines that cross provincial or federal borders in Canada.

At first glance, the landowner looks to the NEB for protection. Yet fulfillment of NEB rulings often falls short of the landowner’s ideal.

At that point the energy company throws up its hands to say “well, we did what we had to do.”

With decommissioning, rather than abandonment, we inch closer to a tenable position for the property owner.

Abandonment is exactly as it sounds: a company taking advantage of the NEB’s extinguishment of property rights to walk away from inactive pipe.

In comparison, a decommissioned line requires monitoring as if it were active.

The energy company must first seek approval from the NEB to decommission the line. Once granted, oil is removed from the line. Then its internal walls are cleaned.

The pipeline is physically disconnected from the active system, and in some cases segmented.

Enbridge describes how its decommissioning process “preserves (landowners’) peace of mind” long after the pipe is out of use.

It sounds good to hear a company say it is responsible for the pipe, active or not. It feels better to have that backed by the NEB.

But why not go to full removal—as is probably done on companies’ own property?

The official line, sung by energy companies and the NEB alike, is that decommissioning minimizes the effect on communities and the environment.

It reduces the risk of soil stability issues, and it protects existing pipelines from heavy equipment.

Enbridge shows independent engineering research and analysis in reply. It says that the rate of corrosion is slow, occurring gradually over centuries.

There is clearly still some disconnect between the parties involved.

Bypassing the NEB for better dialogue

Enbridge continues to take a proactive approach with landowners and associations like CAEPLA.

Recognizing the concern over the aging Line 3 replacement project, Enbridge agreed to fund third-party research to consider alternative methods. Through a “blinded” process the University of Calgary was selected by CAEPLA and Enbridge.

In the negotiated agreement with impacted landowners, Enbridge provided funds up front to cover costs of CAEPLA’s independent oversight and consultants.

Finally, Enbridge has given a prepayment to landowners, to be applied in case of future decommissioning or abandonment damage. This is a hopeful development, but far from a final result.

In an ideal world, landowners and companies would negotiate the safe and restorative removal of decommissioned pipe.

It may yet go this way if the research evidence supports it. 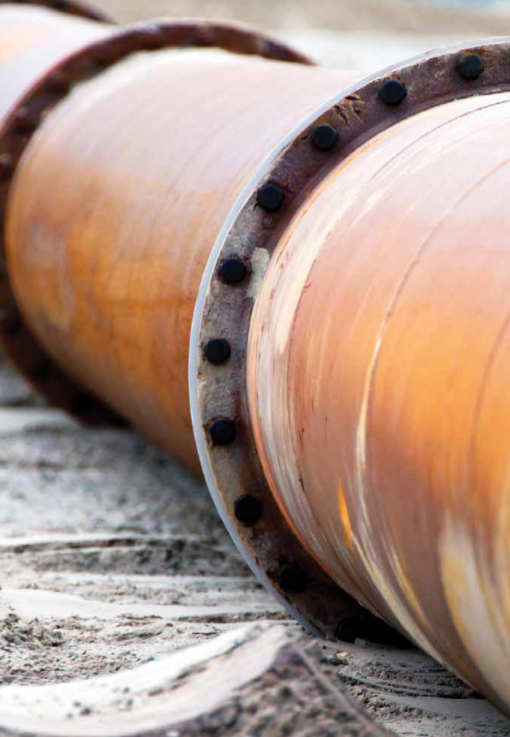