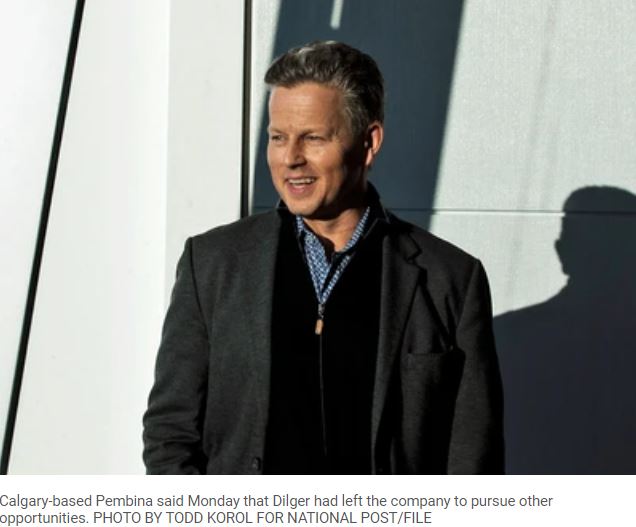 Calgary-based Pembina said Monday that Dilger had left the company to pursue other opportunities.

The transition comes weeks after Dilger said Pembina was asking backers of two competing proposals for carbon capture hubs in Alberta to combine efforts with its own plan.

“I am immensely proud of the Pembina team, the culture we have created, and what we have accomplished together,” stated in a company-issued release Monday.

“I am also proud of how the company has managed successfully through many challenges including the financial crisis and more recently the COVID-19 pandemic.”

Dilger earned $7.97 million in total compensation in 2020, according to company financials.

Burrows, who has served as Pembina’s CFO for about seven years, joined the company in November 2010. Previously, he had spent seven years in energy-focused investment banking.

The company said it is working to identify and evaluate internal and external candidates for the CEO role.

Pembina shares were trading about 1.5 per cent lower at $41.06 early Monday.