Many people are fuming after learning that the Liberal government, while championing the proposed Trans Mountain pipeline project, has been helping fund a B.C. group whose aim will be trying to stop it.

Dogwood, a citizen’s action group with offices in three B.C. communities is looking to hire an individual who will “help their organizing network stop the Kinder Morgan pipeline and tanker project”. 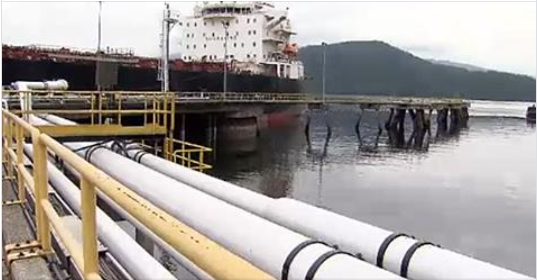 The position is being funded through Ottawa’s summer jobs grant which means that taxpayers will be ultimately paying the salary of whoever is hired.

The Trudeau government is taking heat on Wednesday after it was discovered that federal money was going towards a citizen's action group in opposition to the Trans Mountain pipeline.

While critics are upset that the move is seen as the government working against Trans Mountain, the news has also touched a nerve with many others because that same grant used to help religious groups hiring for summer camps until that support was pulled just recently.

The Liberal government said that those groups just needed to sign a charter document but many said that signing it would mean they agreed with a number of ideas that were outside their principles, something they couldn’t do.

“The federal government will give handouts to organizations that are promoting civil disobedience and breaking the law and trying to obstruct legally federally approved pipelines. This is what you get with Prime Minister Justin Trudeau; he will crack down on people he doesn't like, like religious charities while rewarding environmental organizations involved in illegal protest.”

Trudeau defended his decision on Wednesday, saying the Liberals believe in free speech and the same position was funded by the Conservative party when they were in power.

(With files from Chris Epp)