Our Land, Our River?

Property rights to water in the American West | PERC.org

In the series premiere of “Yellowstone,” bankers and land developers sit in a dimly lit conference room above downtown Bozeman, discussing their plans for a development in the nearby Paradise Valley. As the bankers express skepticism at the legality of damming the Yellowstone River to supply water and power to the subdivision, developer Dan Jenkins disagrees. “On our land, it’s our river,” he declares. “This isn’t California, gentlemen. This is Montana. We can do whatever we want.”

Later in the episode, the Wild West ethos is on full display when the landowner upstream of the proposed subdivision—John Dutton, of the eponymous Yellowstone Dutton Ranch—dynamites an entire canyon on his land to reroute the river away from the development.

The juxtaposition of California and Montana no doubt refers to the significant differences in the stringency and complexity of environmental regulations between the two states. It also seems to suggest a wide latitude for frontier justice in the various resource conflicts that arise in “Yellowstone.”

While it is true that Montana is less heavily regulated than California, it is hardly the Wild West when it comes to natural resources like water. In Montana and throughout the American West, property rights determine who can use water, how much, and under what conditions. Hence, even a light regulatory touch does not imply that there are no rules governing resource use.

In fact, neither Jenkins’s assertion that land ownership determines water ownership, nor the Duttons’ diversion via dynamite, are in line with Montana water law—or any western state for that matter. Although such scenes may be far-fetched today, historical water conflicts across the West have been as dramatic, and sometimes as violent, as the show’s portrayal.

‘First in Time, First in Right’

Today, Montana uses a water right system known as prior appropriation, common across western states. The system emerged in the 19th century to address conflicts over scarce water resources that accompanied settler expansion into the West.

Following the same property right allocation practices used for western agricultural land and hard rock minerals, prior appropriation rights to water are assigned through first possession, or “first in time, first in right.” Water rights are granted to a fixed quantity or flow of water for diversion from a stream, based on the date of the original claim. Those with the earliest claims, or senior rights, have the highest priority. Subsequent claimants have lower priority, or junior rights. Diversions are accommodated by rank so long as there is sufficient stream flow. During drought, water is progressively rationed by priority of right, meaning junior diversions may be halted in favor of more senior rights.

While it is true that Montana is less heavily regulated than California, it is hardly the Wild West when it comes to natural resources like water. In Montana and throughout the American West, property rights determine who can use water, how much, and under what conditions.

Colorado was one of the first states to articulate the prior appropriation doctrine, thanks to events strikingly similar to the first episode of “Yellowstone,” albeit 150 years earlier. In 1863, the Left Hand Ditch Company constructed a dam and a ditch to divert water from St. Vrain Creek near Boulder, Colorado, into Left Hand Creek. Several years later, during a period of low flow, Reuben Coffin and other water users from St. Vrain Creek destroyed some of the diversion works, leaving armed men at the site to ensure water flowed to their farms.

In the resulting court case, Coffin v. Left Hand Ditch Co., the Colorado Supreme Court ruled in favor of the company because it had diverted water and put it to productive use prior to Coffin and his co-conspirators.

Given the system of seniority used to define water rights in Montana, it seems unlikely that the Yellowstone Dutton Ranch—supposedly the first in Paradise Valley—would face any real threats from incumbent water users, even developers from California. As one of the first water users in the valley, the Dutton Ranch would likely hold the most senior water rights.

A common misperception in western water rights is that land and water are connected. While this is true in the eastern states, the prior appropriation doctrine severs water and land. A developer has no claim to water that belongs to a senior right holder, even if it flows through his land.

Protected by seniority and a secure property right, the fight for water in “Yellowstone” would likely play out more like the conflicts over land depicted in the show, with the Duttons holding an asset that developers would have to pay dearly to acquire. One wrinkle would be that appropriative rights require that water be put to a designated beneficial use, such as watering cattle or crops, supplying residences or industry, or, in Montana, preserving instream flows to protect ecosystems.

Beneficial use laws allowed state governments to limit speculation and curtail excesses of water use. While the Duttons’ use of water for ranching would meet such a definition, the privileges endowed by their right to water are not unlimited. Montana, and all western states, also require water users to cause no injury to third parties, which are typically other water right holders. When the Duttons dynamited and diverted “their” stream, they almost certainly harmed other water right holders dependent upon the same source.

When water is diverted for agriculture and ranching, as little as 50 percent of senior diversions are consumed by plants or evaporation, and remaining water flows back to the stream or percolates to be available for subsequent users. During times of drought, when natural stream volumes are diminished, junior appropriators are especially dependent upon these return flows.

If a right holder can mitigate damage to third parties, however, water rights can be moved far away from the stream itself. Early in the 20th century, the City of Los Angeles diverted the entire Owens River more than 200 miles to augment the growing city’s water supply. Angry local residents dynamited the diversion works several times, but Los Angeles has retained the water rights, and its diversion, to this day.

In the real Paradise Valley, the modern equivalent of bygone conflicts has emerged. Mill Creek, a tributary to the Yellowstone River, provides water for valley irrigators and a key spawning ground for trout. When the creek went dry, Trout Unlimited filed legal objections to the water rights of irrigators, essentially claiming they were taking more water than legally allowed.

While that dispute is still playing out, appropriative rights have helped resolve other water conflicts in Paradise Valley. Farther up the valley, diverters on Big Creek entered into an agreement to curtail some of their diversions to keep water in the stream in exchange for payment. Without well-defined and transferable rights to water, such an agreement would not be possible.

Appropriative rights create a basis for water markets and security for investment in water-delivery infrastructure, agriculture, and other endeavors. Countries like the United States, Chile, and Australia have used markets to allocate scarce water among users and create economic gains by allowing users to voluntarily transfer water. In opening the option for water right holders—mostly irrigators—to sell conserved water, markets create incentives for investment in conservation without subsidies.

Allowing irrigators to sell water still requires careful planning to avoid unanticipated issues. Applications for transferring rights are filed with the relevant state regulatory agency for approval. The applicant specifies the location and amount of water, duration of the contract, timing of the exchange, type of water right involved, consumptive use, and possibly hydraulic details or other legal information.

Water markets can also be used to accommodate new demands and uses for water. In many settings, surface water has value as instream flow, whether for ecosystem support, pollution abatement, or the provision of recreation. Governments and non-governmental organizations can purchase instream flow water rights to rewater riparian ecosystems, protect fish species, or provide ecologically beneficial flow regimes.

Appropriative water rights have been modified over time in most western states to allow for instream flows. As seen in the trout disputes in the real Paradise Valley, controversy may persist. When water remains instream, it is available for other right holders, junior and senior alike, to extract. The technical challenge of determining who has a right to which water requires additional costs for measurement and enforcement.

Still, such problems are being overcome. In some states, such as Oregon, instream market activity is high. Expanding the definition of a water market to include these uses allows all water users to see the true opportunity cost of water use, whether the highest-value use is for agricultural, municipal, or environmental purposes.

Significant scarcity in many areas of the West makes the conflicts over water intense. In the Wild West, such conflict led to violence. But today, armed water insurrections have been replaced by court fights and water right sales.

Appropriative rights and their associated markets provide room for bargaining, negotiation, and a more orderly allocation of water—hardly the Wild West depicted in “Yellowstone.” Montana’s limited regulatory approach might seem like carte blanche to the California developers in the show, but the reality is that the state’s surface water is all “spoken for” in the sense that it is fully appropriated. Far from being able to “do whatever they want,” real-world developers around Bozeman and elsewhere in Montana must work within the existing system of property rights and markets to acquire water to support their projects. 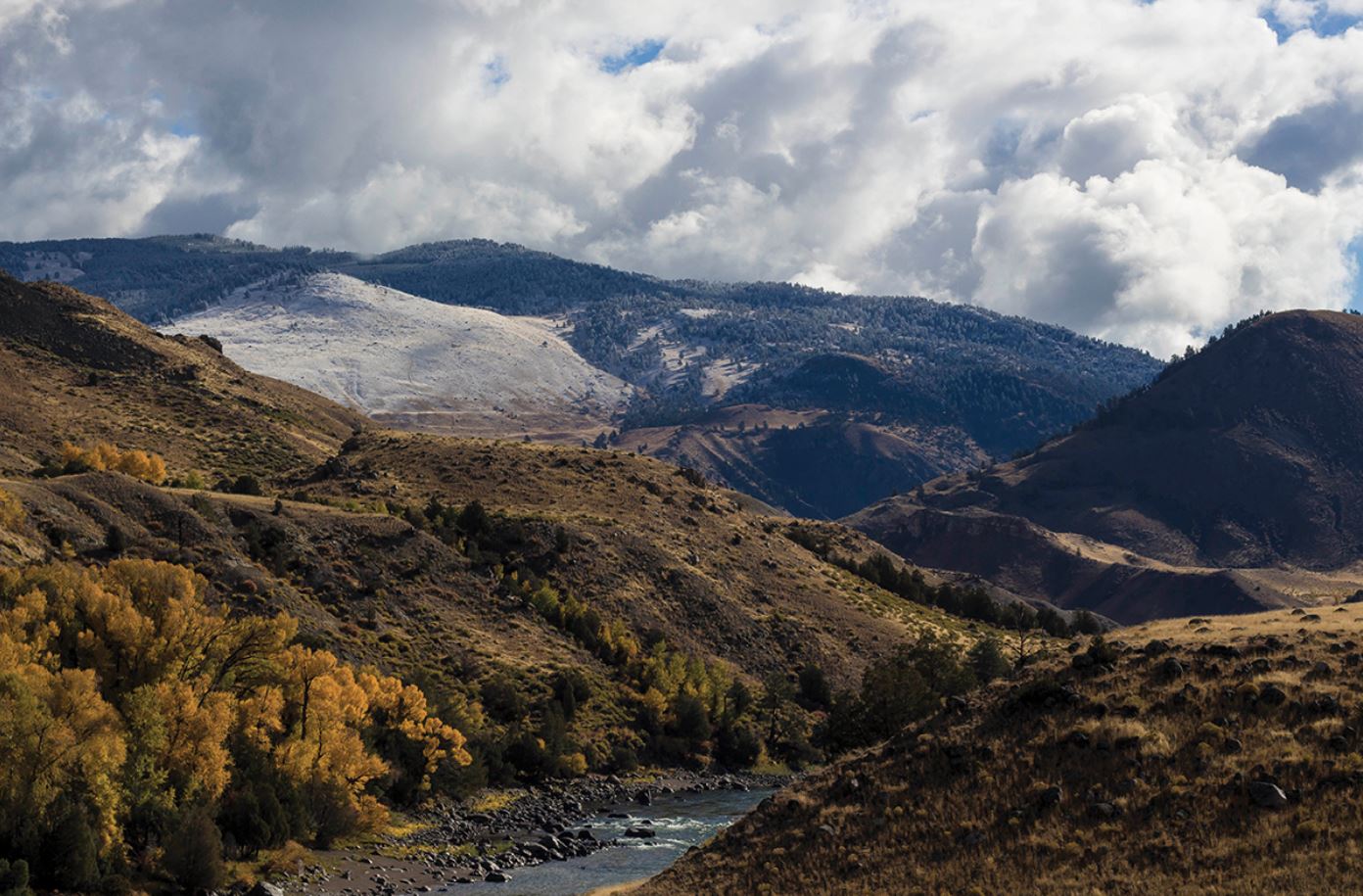