Opinion: With Keystone cancelled, we must resuscitate Northern Gateway

CAEPLA supports the resurrection of Northern Gateway but does not support most of the arguments these authors make for doing so.

Getting our energy to global markets is essential to Canada’s economy. Putting Northern Gateway back into play is critical in this regard.

U.S. President Joe Biden’s Day 1 decision to cancel the Keystone XL (KXL) pipeline is still being heavily litigated in the American press — and is now in the courts, with 21 states’ attorneys general filing suit. Even Democratic governors and senators like Joe Manchin are writing letters asking for a reversal of the decision due to its negative economic, environmental and strategic consequences.

For the Americans, the country’s recent loss of energy independence combined with the cancellation of KXL and the Texas blackouts highlighted the fragility of energy supply and, stunningly, has increased essential imports from Russia, and OPEC states that don’t share its democratic values.

For Canada, however, the KXL cancellation has generated a different debate. Being dependent on the whims of U.S. politics for our largest and most valuable export is a strategic vulnerability. It hinders our ability to make sovereign decisions, which hinders our ability to make progress on the economy and the environment. It is time to change that. We need to build Canadian-controlled access to global energy markets. This means building the necessary infrastructure immediately.

The Trans Mountain (TMX) pipeline showed Canada that it’s possible to forge a public-private partnership on essential energy infrastructure that protects the public interest in balancing the economy and the environment. That pipeline is an important first step in giving Canadian energy companies direct access to growing Asian markets. Building the shelved Northern Gateway pipeline is the critical next step. It would offer a number of key benefits to Canadians.

First, it would expand Canada’s global economic reach and create thousands of jobs at a critical time for the economy. Canada thrives on supplying essential resources globally, and our growing and more efficient energy sector is now strong enough to move away from being reliant on the U.S.

As the U.S. oil industry is in free fall, Alberta has emerged as the most competitive major oil producer in the free world, hitting its all-time record oil production last quarter. Canada has more reserves than Russia, China and the U.S. combined. With our leaner and cleaner production positioned to grow another 25 per cent over the next decade, by 2030, Canada is expected to account for one-quarter of the entire free world’s oil production.

National infrastructure is a prerequisite to meeting these targets and growing our economy. When the U.S. cancels a project like KXL due to its own domestic politics, Canada cannot be seen as helpless. We have to act decisively to replace the lost capacity. Northern Gateway will add back 65 per cent of the oil that would have flowed through the KXL pipeline by 2025. It will also pivot that supply away from the U.S. to high-demand Asian markets, buttressing our sovereign economic and strategic relevance across Asia.

Second, Canada leads global energy markets with the best environmental, social and governance practices in the world, including methane regulation, water use and local stakeholder engagement — all while leading the world in decarbonizing oil production.

Since the Kyoto Accord, Alberta has reduced emissions per barrel by over 40 per cent. The average Canadian barrel is now cleaner than a barrel from California. Our recent projects are even better, and the latest study from researchers at the University of Calgary, University of Toronto and Stanford University found that, since 2018, oilsands emissions have been reduced far faster than initial models indicated, with our pace of decarbonization increasing.

Canadian barrels are getting cleaner, and this comes with cost savings that make our production leaner. This cleaner and leaner production is a double threat to state dictatorships that control 80 per cent of global reserves and place far lower value on ethical production commitments.

Third, we need to increase our ability to export our leaner and cleaner energy to Asian markets. Asia has 3.4 billion people who live in energy poverty. They need real solutions right now. With the right infrastructure, Canada can meet the needs of the emerging Asian middle class with cleaner Canadian energy solutions. Asia is the most important growth market for energy in the world and will take all of Northern Gateway’s 525,000 barrels per day the moment it is completed.

By the end of the decade, if Northern Gateway were built, Canada could be exporting five million barrels per day — 3.6 million to the U.S. and 1.4 million to Pacific tidewater. This pivot from our over-dependency on the U.S. will direct 30 per cent of our supply to key Asian markets, buttressing our commercial relevance and, with it, our soft power and diplomatic influence, particularly with China and India.

Canada can do this if we follow the model set by TMX. Following the government’s acquisition of TMX, a federal court decided that there had been insufficient Indigenous consultations and inadequate studies on how to minimize the impact of coastal tankers on marine life.

When TMX is completed in 2022, the government can use the assembled expertise and the proceeds from its subsequent sale to help finance Northern Gateway, and add best practices on tankers and Indigenous ownership to the original plan. This is a perfect moment to demonstrate to the world that Canada has the will and the capacity to build our own sovereign infrastructure to access markets and defend our economic and strategic interests globally.

Canada can meet Asia’s growing need for energy while leading the world in decarbonizaton, ethical production and environmental regulation. Building Asia-facing infrastructure is key to economic growth, jobs and our strategic relevance in that part of the world. Canada can do more in the world, and the world needs more of what we have to offer. Following TMX with Northern Gateway is an opportunity worth pursuing.

David Knight Legg is chairman of the ESG Working Group of the Province of Alberta and CEO of Invest Alberta Corporation. Adam Waterous is founder and managing partner of Waterous Energy Fund, a deep value, special situations investor in established North American oil and gas assets. 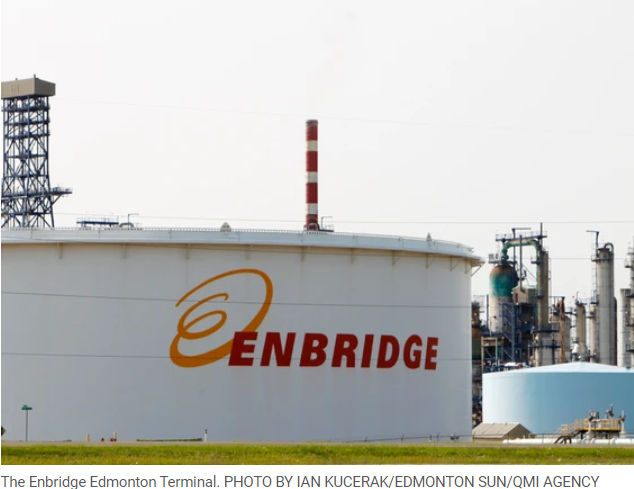