Canada’s spat with Saudi Arabia raises an obvious question. Why is Canada, sitting on the world’s third-largest oil reserves, importing some 87,000 barrels of oil per day from Saudi Arabia, a country with a terrible civil rights record?

Saudi Arabia is some 9,625 kilometres from Quebec, where Saudi oil is imported to Canada. Wouldn’t it be nice if Eastern Canada got its oil from a democratic country with an excellent record on civil rights and environmental protection, like, say, Canada? It wouldn’t be hard. A simple pipeline would completely obviate Canada’s need to import oil from the Middle East.

TransCanada’s proposed (now cancelled) Energy East pipeline would have carried Canadian oil over about 4,500 km, using mostly existing pipeline capacity currently used to transport natural gas from Alberta to Ontario and Quebec. With a capacity to carry 1.1 million barrels of oil per day, the pipeline would have dwarfed what Canada imports from Saudi Arabia (not to mention Algeria’s 85,000 barrels per day and Nigeria’s 74,000 barrels per day). So what happened to it?

In October 2017, TransCanada withdrew its application from the National Energy Board (NEB) for the proposed $15.7-billion Energy East and Eastern Mainline pipeline projects — about five monthsafter the NEB announced the government would consider “upstream” and “downstream” greenhouse gas emissions in the project evaluation process. The new rule targets greenhouse gases emitted during oil production (not transportation) and after the oil leaves the pipeline and is refined and consumed (again, nothing to do with oil transportation).

Two studies by the Canadian Energy Research Institute (CERI) document the potential benefits of building Energy East. In 2014, CERI estimated the project would generate an additional $34 billion to the GDP, an additional 321,000 one-year/full-time equivalent jobs across Canada in construction and operation, and an additional $7.6 billion in total tax revenues for Canada. In a 2018 report, CERI models the costs and benefits of displacing imported oil with Canadian oil. This “made in Canada” scenario estimates refinery cost-savings of $23 million per year while displacing 100 per cent of foreign oil. CERI also estimates that using Canadian oil rather than imported oil would lower greenhouse gas emissions by 2 million tonnes of carbon-dioxide equivalent per year.

In any sane world, Canada, with oil reserves estimated at 171 billion barrels (10 per cent of the world’s total reserves), would not need to import oil from foreign powers with strong records of religious oppression, gender oppression, international destabilization, public beheadings and other activities Canadians shouldn’t support with their oil and gasoline purchases.

Rather than looking at the failure of Energy East, and simplifying (and clarifying) environmental assessment to invite investment in such projects, the Trudeau government took an already onerous and somewhat arbitrary environmental assessment process and made it even more so. The government’s new criteria for energy projects includes consideration of “gender” impacts and use of the “traditional knowledge” of Aboriginal people. Neither of these requirements lends itself to rigorous definition.

When the Canadian Energy Pipelines Association commented on the proposed revisions, it argued that Bill C-69 (currently under House review) could not “achieve greater certainty, clarity and predictability required for investment.” In fact, “CEPA does not see anything within the Impact Assessment Act that will attract energy investment to Canada.”

Canada’s limited capacity to move oil to the East and West Coast is costing Canadians billions of dollars per year, and transferring large chunks of that money into the hands of despots. Our governments must do whatever’s needed to break Canada’s oil transport bottlenecks.

Kenneth Green is an analyst at the Fraser Institute. 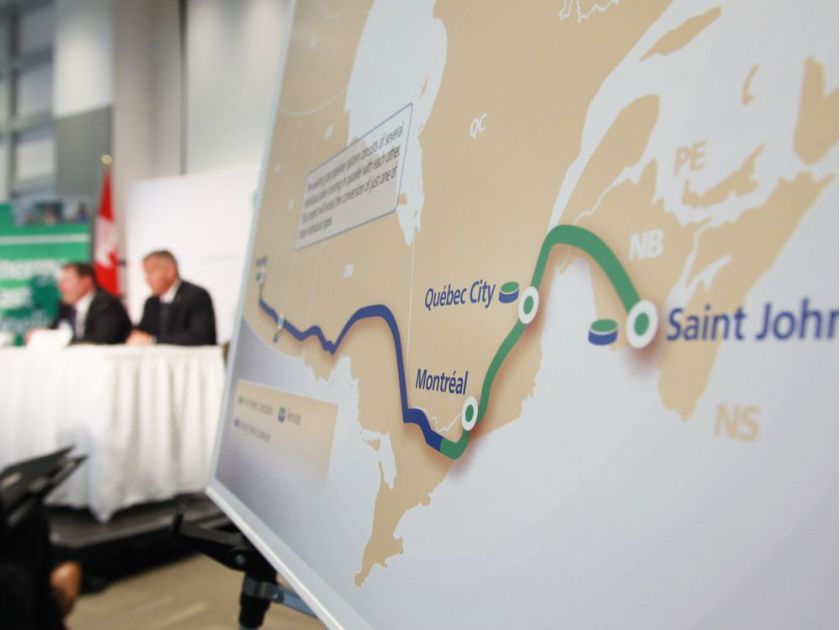