OLIVER: Trudeau is about to ask taxpayers to bail him out of his pipeline troubles

The Prime Minister is about to ask taxpayers to bail him out of a self-inflicted calamity — the inability to ship our oil to overseas markets.

Trudeau promised the $7.4 billion Trans Mountain Pipeline Expansion (TMX) would be built because it’s the last opportunity to prevent our vast reserves from being permanently landlocked. Letting the project die would cause so much economic, constitutional and reputational damage that no amount of spinning could save his government from grievous political damage.

B.C. Premier John Horgan declared he will do everything to kill the pipeline. Trudeau cannot tolerate a province thwarting the federal government on a critical matter within an exclusive federal jurisdiction. He has to defend the constitution and rule of law or the very viability of our confederation will be undermined. Moreover, Canada’s credibility with foreign investors would be tarnished when capital is already heading south because of a dramatic reduction in U.S. corporate tax rates.

Trudeau’s face-saving plan mirrors Ronald Reagan’s observation: “If it moves, tax it. If it keeps moving, regulate it. And if it stops moving, subsidize it.”

Due to B.C. hostility, federal inaction and regulatory overreach, TMX became too risky and expensive. Trudeau and Alberta Premier Rachel Notley exacerbated the problem when they naively proposed a grand bargain doomed to fail — impose a costly carbon tax in exchange for the social licence to construct Trans Mountain. Now the Feds, perhaps with the Province of Alberta, will write a whopping cheque or provide indemnification to Kinder Morgan or another private investor, possibly accompanied by support for First Nations’ investment.

Most Canadians understand our oil must not be stranded. The opportunity cost of this project alone is estimated at $74 billion in revenue over 20 years. For a country with 10% of global proven reserves not to export its fossil fuel would be unconscionable madness. However, Trudeau is caught in an exquisite dilemma of his own making. According to a Nanos poll, over two-thirds of Canadians support the project, yet two-thirds oppose the use of taxpayers dollars to fund it.

The Prime Minister is responsible for why TMX is the last-gasp opportunity to access tidewater. He rejected the $7.9 billion Northern Gateway pipeline after Enbridge received the go-ahead from the National Energy Board (NEB) and the previous Conservative cabinet. Then TransCanada cancelled the $15.7 billion Energy East pipeline because the NEB extravagantly expanded the scope of its review to include downstream emissions. Since the government didn’t overrule its regulator, Trudeau cannot hide behind its project-killing policy.

Finally, the new Impact Assessment Act politicized the review process and exacerbated uncertainty to such an extent that no private sector sponsor will ever propose a major pipeline again unless the legislation is fundamentally changed. Think about it. The government of a fabulously oil-rich country has precluded overseas sales. Ironically, that would harm the environment since exporting Canadian crude could replace higher greenhouse gas emitting coal and lessen foreign imports arriving by tanker up the Saint Lawrence River.

Trudeau won’t punish British Columbians by withholding infrastructure funding or social transfers since that would damage his electoral prospects in 18 Liberal seats in the Lower Mainland. It would also send a provocative signal about federal power to Quebec with its 40 Liberal seats and whose moribund sovereigntists are always one perceived outrage away from resurgence.

Trudeau will try to take credit for rescuing Trans Mountain. That is like a CEO whose blunders drove a company to the brink, but demands a bonus when shareholders are forced to inject funds to keep it afloat. The executive should be fired. Next year, voters will determine Trudeau’s fate. 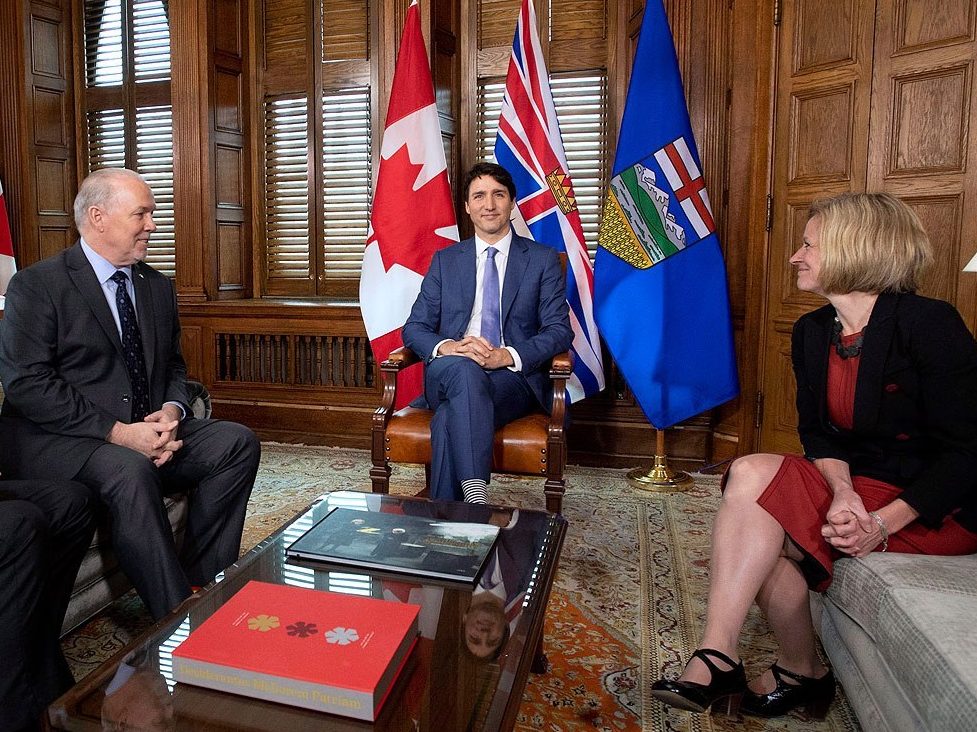