Oilpatch gets much-needed relief as 150,000 bpd of new pipeline capacity comes on stream

CALGARY – In the coming days, the first tranche of an additional 100,000 barrels per day of new pipeline capacity will be available to embattled domestic oil producers as the Canadian portion of the Line 3 replacement project is placed into service.

Calgary-based pipeline giant Enbridge Inc. has been filling the $5.3-billion Canadian portion of its Line 3 replacement project over the course of November and will place the line into service on Sunday.

That segment will add 10,000 bpd of pipeline capacity out of Western Canada at a time when every little bit helps alleviate strains on a chock-full export system. In addition, Enbridge expects to open up another 90,000 bpd of capacity by the end of December through optimization projects throughout its oil export network.

“There’s a sense of excitement,” said Leo Golden, vice-president of major projects at Enbridge, of placing Line 3 into service.

Line 3, like other oil export projects, has faced delays and entrenched opposition. Golden noted that it has been multiple years since Enbridge, the largest pipeline company in North America, or its competitors were able to mark the opening of a new pipeline out of the country.

“Line 3 is one part of what we’re doing,” Golden said, adding that by the end of the year the pipeline company expected to make a total of 100,000 bpd of new pipeline export capacity available to Canadian oil producers through optimizations and by using drag reducing agents to push more crude through its existing pipes.

Similarly, competitor TC Energy Corp. — the pipeline company previously known as TransCanada — has informed oil producers that through optimization and drag reductions it will add 50,000 bpd of capacity out of Canada by the end of the year.

“Anything that’s going to improve market access is extremely positive,” Explorers and Producers Association of Canada president Tristan Goodman said, adding that the capacity additions “will make a dramatic difference.”

Oil producers in Canada have turned to the railways to get their crude out of the country as pipeline space has been limited. Data from the Canada Energy Regulator shows that in September, the last month for which data is available, oil companies exported 319,594 bpd on railway cars.

The Alberta government is trying to sell railway contracts it owns to move another 130,000 bpd of capacity out of the province to private-sector companies. That would further increase oil-by-rail exports but recent negotiations have been caught up in logistics details.

Canadian Natural Resources Ltd. president Tim McKay said earlier this month that while his company is in talks about purchasing the capacity, the company needs to find destinations for the crude it would put on the trains. 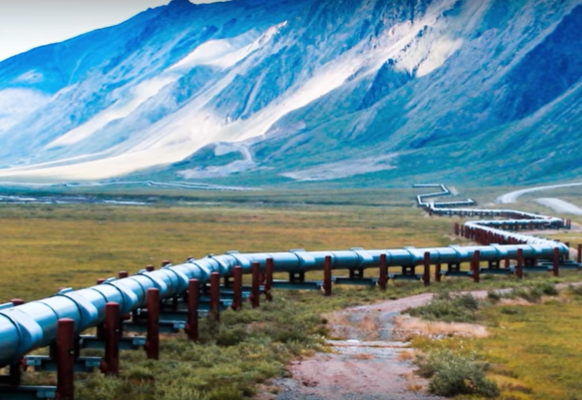