Oh, and another thing – Regulatory control over your land by “Indigenous Governing Bodies”

By the CAEPLA Editorial Board

We have explained how the Bill C-69 changes to Canada’s energy regulatory regime have created a new Indigenous monitoring program on privately-owned lands. In fact, Bill C-69 went much further than just authorizing access to lands for Indigenous Monitors — it gave the government the power to shift full regulatory control over your land to “Indigenous Governing Bodies.”

Under both the Impact Assessment Act and the Canadian Energy Regulator (“CER”) Act, the government will now be able to enter into agreements that authorize an “Indigenous Governing Body” to exercise powers and perform duties and functions in relation to environmental assessments, monitoring, compliance and enforcement on privately owned lands.

The next step is for government to pass regulations creating the new regime. According to Natural Resources Canada: “The proposed regulations are expected to clarify how Indigenous jurisdictions may be engaged in matters such as involvement in assessments, monitoring, compliance and enforcement, as part of the Government of Canada’s efforts to advance reconciliation with Indigenous Peoples. This regulatory initiative is in the early stages of development. Early engagement is currently anticipated to begin this Fall (2020), if appropriate given the circumstances relating to COVID-19.”

Depending on the regulations, “Indigenous Governing Bodies” may be given full regulatory authority over certain energy projects or over energy projects within specified geographical areas. There’s no limit to which lands may be affected — it’s up to the government of Canada to decide. The government will also decide on the scope of powers granted to “Indigenous Governing Bodies.” One possibility is full replacement of CER-designated inspection officers with Indigenous Monitors — individuals who will have the authority to bring anyone else they “need” onto your land with them to exercise their powers. An “Indigenous watchmen program,” as described in submissions to the House of Commons on Bill C-69 by one First Nation.

Big changes are coming to energy projects on your land, and they’re coming soon. 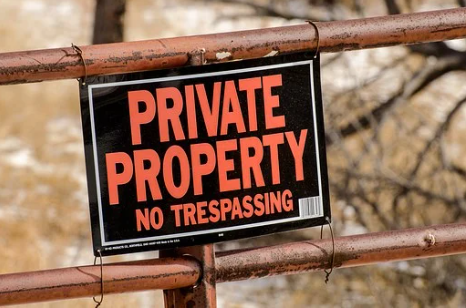