One of the items that CAEPLA has negotiated in all its win-win business agreements with companies, both pipeline and power line, is the introduction of a construction monitor (CM) to provide independent oversight.

The CM is there for you, the landowner—and the company will also benefit from having a CAEPLA construction monitor on site.

They have all safety training and permits required to allow them to be on the construction site. They are our “boots on the ground,” so to speak.

CMs’ participation at morning planning meetings with the company and its contractors lets them know what work will happen that day and allows them to give the contractors a heads-up if there are any special conditions required on a property.

Landowners who have concerns or questions about what is happening on their property can first call the CM looking after the “spread” their property is on.

Your CM will look to resolve the issue in the field. Anything that cannot be resolved on the ground will then be taken to the Joint Committee, comprised of both landowner representatives and company reps. If any problem persists, a CAEPLA executive will discuss it directly with company execs. It is very rare that any issue escalates, as our new system ensures most are nipped in the bud.

On-site CMs are one more way CAEPLA works to alleviate landowner anxiety and provide peace of mind through the process.

For example, one morning recently CAEPLA got a call from a landowner member asking about construction activity on his land. He had talked to the company land agent, but wanted to know if what was happening on his property was in accord with the Settlement Agreement. We quickly contacted his on-site CM to get his questions answered. The construction monitor checked it out and called the landowner right back.

CAEPLA has negotiated a construction monitor with every win-win agreement we’ve done on behalf of landowners. It’s something that our landowner members on these energy projects value as they are often busy running their own businesses and can’t be keeping an eye on construction 24/7.

Better yet, this saves landowners having to get safety permits to even be able to set foot on site.

Don’t be afraid to ask questions

Even with a CM on the job, we still encourage landowners to be aware of everything happening on their property.

Reach out to the monitor overseeing your property and don’t be afraid to ask questions.

Even regulators recognize CAEPLA’s success in negotiating for CMs to represent the landowner and ensure construction is done according to the standards set out in the Settlement Agreement.

One provincial regulator followed CAEPLA’s lead and ordered the company to use a monitor on a project we weren’t even involved in.

But the experts we employ as CMs routinely tell us they prefer working for landowner groups rather than regulatory bureaucrats.

That’s because having the settlement agreement in hand helps them remind contractors of the important protocols CAEPLA and the company worked out for everybody’s benefit.

Ultimately, it’s all about preserving your soil while strictly adhering to biosecurity.

Unfortunately, when it comes to regulators trying to copy CAEPLA’s success, it’s a case of “often imitated, never duplicated.”

This means CAEPLA is your ironclad guarantee of full cooperation with and from the company.

When the construction protocol process is properly followed both landowners and the company benefit. That’s what we mean by “win-win.”

Ensuring the project is done to the high standards negotiated and knowing the landowners living on the affected land 24/7/365 are happy with the quality of the work can also provide peace of mind to the public.

Equally important, the CAEPLA CM benefits the company. We were clearly reminded of this on a project we helped landowners negotiate a few years ago.

The subsidiary valued having the CAEPLA construction monitor on site and the benefit of ensuring the project was done according to the standards in the Settlement Agreement—with no corners cut.

CAEPLA believes in getting energy infrastructure built. Construction monitors working for landowners makes sure it is built right. 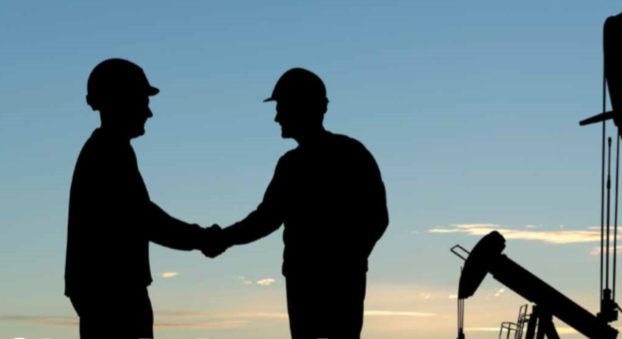