UNDRIP is one more weapon activists can use to undermine First Nations and landowners.

“First Nations are trying to develop our economies to lift our people out of poverty and give them the opportunity to have a livelihood. We need to be able to say yes to development that benefits us.”

“UNDRIP legislation has the potential to make Indigenous territories even more risky to conduct business in.”

No First Nation, and I expect no landowner, would argue that the government or corporations should be able to do whatever they want on our lands and territories, without consultation, accommodation or compensation. At the same time, most of us want development, when we are included and benefit from it, because of the revenues and employment it creates. For most First Nations, poverty-related issues, such as addictions, violence, and poor health, will only be addressed when our economies are developed and our people have access to good jobs, a decent income, and health and social services funded and led by the First Nation itself.

One important source of economic development for First Nations, especially in Western Canada, is pipelines. Large projects such as TMX, Coastal Gas Link and Line 3 have signed agreements with well over a hundred Indigenous communities and organizations: 48 in the case of TMX, 20 in the case of CGL, and 98 in the case of Line 3. Despite what you may have heard in media headlines, only four First Nations oppose TMX, and only a handful of hereditary chiefs oppose CGL.

Pipelines require consent from nations and landowners across vast distances. If 90 per cent of those impacted want to go forward with development, do the minority in opposition have the right to say “no” and veto such a project? Even when all potential harm has been reasonably mitigated, and such a rejection would have negative economic and social impacts in the form of foregone revenues and jobs?

That is the concern many of us have with the new United Nations Declaration on the Rights of Indigenous Peoples (UNDRIP) legislation passed in B.C. as Bill 41. The federal government has also made it a commitment to introduce new UNDRIP legislation within the year.

The controversy over Bill 41 turns on its promise to provide Indigenous peoples with “free, prior and informed consent.” Those who have promoted the introduction of UNDRIP into Canadian law have assured us that its intentions are noble and its impacts benign. B.C. Minister of Indigenous Relations and Reconciliation Scott Fraser said in the Legislature that UNDRIP does not include the word veto and does not provide for one. Romeo Saganash, the MP who introduced the UNDRIP legislation in the federal parliament through Bill 262, said that “the right to free, prior, and informed consent, like all human rights…is a relative right. You need to balance that right with the rights and interests of others, which veto does not do.” And Murray Sinclair, Bill 262’s sponsor in the Senate, said that if there is “a reasonable accommodation being offered, if there is still continued refusal to accept the offer being made, then there might be room for the government simply to proceed with its sovereignty, decision-making power.”

This sounds reassuring. The problem is, the actual legislation doesn’t make this clear. It doesn’t define consent, it doesn’t say there’s no veto, and it doesn’t outline a process to resolve lack of consensus. Many legal experts argue that the legislation as written is vague and poorly drafted, with internal inconsistencies, uncertain applications and unclear objectives. And it is that legislation, not proponents’ feelings about it, that will constitute the law.

What does this mean in practice? That those who are opposed to new development — and there are some extremists in both the Indigenous and non-Indigenous communities that see oil and gas projects under any circumstances as illegitimate — will have one more tool to challenge and delay good projects in court. Even if these challenges are eventually dismissed, investors have no desire to pay for costly and lengthy legal challenges that our unclear processes and regulations provide space for, and which environmental NGOs know how to manipulate. There are other jurisdictions they can invest in where the risks and requirements are better understood. In fact, the ease of doing business in Canada has dropped from 8th in the world in 2009, to 23rd today, according to the World Bank.

First Nations are trying to develop our economies to lift our people out of poverty and give them the opportunity to have a livelihood. We need to have the right to say no to development that negatively impacts us, but we also need to be able to say yes to development that benefits us. The Canadian legal structure, in particular the Indian Act, often denies basic property and contractual rights on reserve. This makes it next to impossible to attract investment or requires nations and their partners to develop unique arrangements at considerable cost and time. UNDRIP legislation has the potential to make Indigenous territories even more risky to conduct business in. This will continue to deter economic investments, business development and employment on our reserves and in our territories, and keep us in poverty.

First Nations are united in wanting better engagement and involvement in projects that affect our people and territories. But no one knows how the courts will interpret Bill 41. It is my fear that those who oppose resource development under any circumstance will weaponize UNDRIP against First Nations and other rural landowners who are in favour of such development. 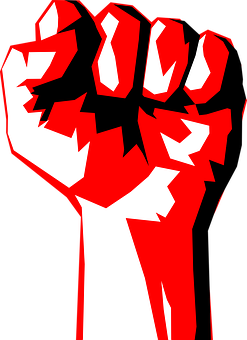 Dale Swampy is president of the Calgary-based National Coalition of Chiefs and a member of the Samson Cree Nation. A University of Alberta economics graduate, he has worked in the oil and gas industry and with First Nations on economic development initiatives his entire career.