Very good news for the Line 3 Replacement Project (L3RP) -- in Minnesota, a state almost as anti pipeline as Canada is.

Much of the opposition to L3RP in the state is based on fears for water safety.  But replacing a line more than a half century old with state of the art technology  -- as was done with CAEPLA's cooperation in Canada -- is the best way to ensure the natural environment is protected.

The state Public Utilities Commission voted 3-1 to approve an updated environmental impact statement for the $2.6 billion project, finding that the new review adequately addressed the impacts of a potential spill in the Lake Superior watershed.

The new pipeline would replace Enbridge’s Line 3, which was built in the 1960s. Enbridge, based in Calgary, Alberta, says the old line needs to be replaced because it is increasingly prone to corrosion and cracking and can run at only about half its original capacity.

Commissioner Valerie Means, who was not on the board in 2018 when the commission approved the previous environmental review, Chairwoman Katie Sieben and commissioner John Tuma all voted to approve the revised environmental impact statement. They also agreed, by the same 3-1 vote margin, to reissue a certificate of need and a route permit that had been vacated by an earlier court decision. Commissioner Matt Schuerger was the lone dissenter.

The three votes clear the way for Enbridge to obtain two remaining major state and federal permits and some minor permits that it still needs. But environmental and tribal activists — who say the pipeline would aggravate climate change and risk spoiling pristine water resources — vowed to keep working to ensure that the project is never built.

“The PUC has repeatedly ignored unacceptable risks to Minnesota’s clean water and to the communities that would be directly affected by Line 3,” Margaret Levin, the Sierra Club’s state director, said in a statement. “Now more than ever it is time for Governor (Tim) Walz to lead — to defend Indigenous rights and our climate future, and ensure that this dirty tar sands pipeline is never built. The Sierra Club will continue to fight alongside our allies, including in the courts.”

But Enbridge welcomed the approvals.

“After nearly 5 years and thousands of hours of study, environmental review and regulatory process, it’s good to see the Line 3 Replacement Project move forward,” the company said in a statement. “It is a $2.6 billion investment in the state’s critical energy infrastructure, that will better protect communities and the environment. We now look forward to next steps on the project’s remaining permits.”

The commission approved the previous environmental review in March 2018. But the Minnesota Court of Appeals sent the previous final version of the project’s environmental review back to the commission after finding that the massive document failed to adequately deal with the potential risks of an oil spill in the Lake Superior watershed. The state Department of Commerce then conducted additional modeling and concluded in the update that there was little chance of a spill reaching the lake.

Line 3 starts in Alberta and clips a corner of North Dakota before crossing northern Minnesota en route to Enbridge’s terminal in Superior, Wisconsin. 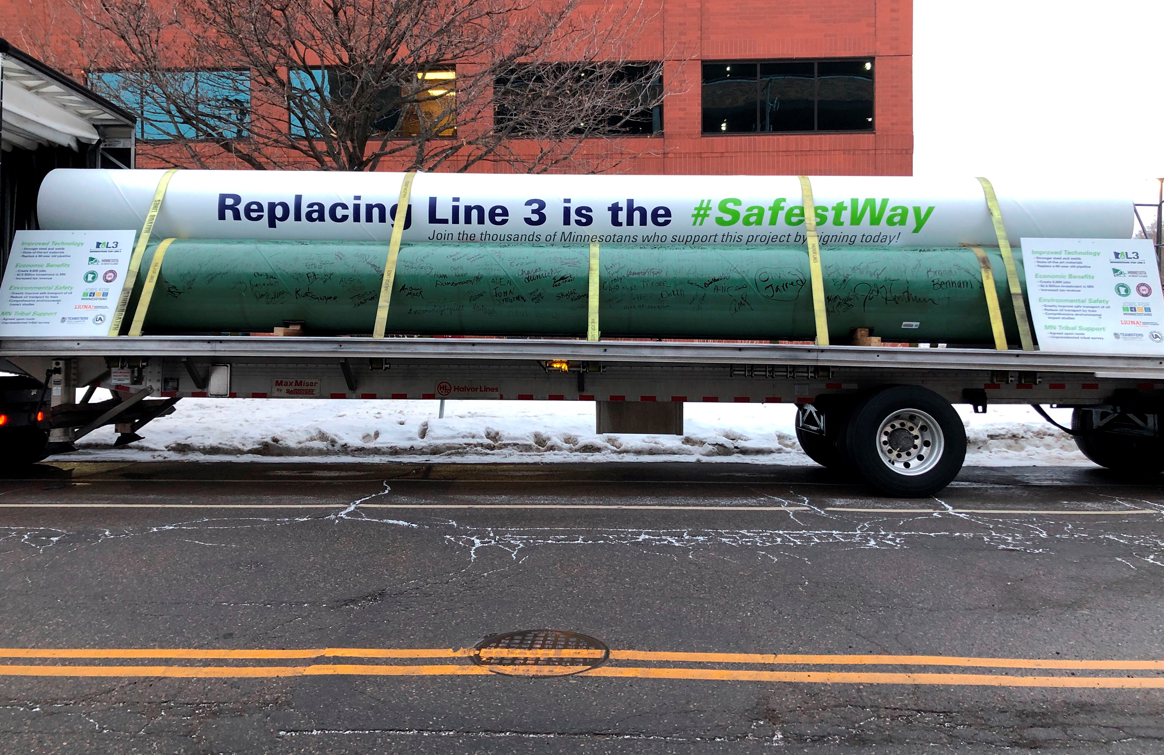