It takes a community to build a pipeline.

Landowners, municipalities, Indigenous communities, regulators, elected officials, construction contractors, unions and chambers of commerce, goods and services providers, customers seeking to ship their products to market safely and reliably — it’s taken the support of all of these groups to get the Enbridge Line 3 replacement pipeline (L3RP) built in Canada.

So says Leo Golden, Vice President, Line 3 Project Execution, as the new, 36-inch-diameter, Canadian-made pipeline was put into service for the first time in December 2019.

“We are truly grateful and humbled by the tremendous support we’ve received across Alberta, Saskatchewan and Manitoba for this project over these past six years,” says Golden. “Without that support and collaborative mindset, we wouldn’t be where we are today.”

The new pipeline will run at approximately half of its rated capacity, some 400,000 barrels per day, until such time as the Minnesota portion receives final approval, and is constructed and brought onstream.

“First and foremost, the Line 3 project was about enhancing the safety and integrity of infrastructure that is critical to the functioning of our society, much like a highway, a bridge, or an airport,” Golden says. “Today, Line 3 is one of more than 80 oil and gas pipelines and 30 major electric transmission lines that cross the Canada-U.S. border, operating as part of a single, integrated North American energy market. Access to this continental energy market is critical for consumers, industry, and governments.”

The new pipeline stretches approximately 1,070 kilometres (665 miles) from Hardisty, Alberta, to Gretna, Manitoba. At an estimated cost of $5.3 billion, it represents the largest capital expenditure — and the largest and most successful stakeholder engagement undertaking — in Enbridge’s 70-year history in Western Canada.

First announced in July 2013, Enbridge has since recorded more than 30,000 engagement activities with interested parties, including thousands of in-person meetings, presentations, coffee talks, group workshops, open houses and trade shows. In addition, project land agents have thus far conducted more than 31,000 landowner outreaches, garnering the support of all 1,087 right-of-way landowners along with 4,000 outreaches to 41 rural municipalities.

“Enbridge’s partnership with the Canadian Association of Energy Pipeline Landowner Associations (CAEPLA) was an important component in successfully engaging landowners,” says Dave Lawson, Vice President, Major Projects. “The joint committee we established ensured landowners were well informed throughout the project — not only about our construction plans and mitigation measures but also about our post-construction follow-up processes and general Enbridge practices.”

In addition, the CAEPLA/Enbridge workshops provided a forum for landowners to learn about various practices at Enbridge, such as preventative maintenance digs, and discuss any questions they have about ongoing projects in their area with Enbridge experts.

Another defining characteristic of the L3RP was the focus on project community investment, which saw donations totaling some $3 million to support more than 400 community-driven projects including celebrations/cultural events, building improvements, parks and playgrounds, environment and safety initiatives, emergency response equipment upgrades, and investments related to education, special projects and social issues.

These project funds are part of Enbridge’s ongoing community investment program, which in 2018 distributed more than $22.5 million to more than 3,450 organizations across North America.

Restoring soil to a better condition than before construction

Meanwhile, as the new pipeline begins to ship oil for its customers, final reclamation of the remaining 100 km of the construction area, in southeast Saskatchewan, won’t take place until sometime in the spring of 2020 due to inclement weather.

“Our objective, as always, is to restore the land to as good or better condition as prior to construction,” says Al Sawatzky, Line 3 Construction Manager.

Reflecting on the L3RP coming into service, Sawatzky says, “This is the only major pipeline construction in Canada in the last 10 years. Other major pipelines are planned, but none have started and we’ve been talking about them for several years now. So to build a major pipeline from Hardisty to the U.S. border is a pretty big deal — for Enbridge, for the industry, and for Canada.”

That just doesn’t happen, he adds, without the support of landowners, municipalities and Indigenous communities right across the Prairies.

“The railroads opened up this country. They were built to get things moving,” he concludes. “A pipeline is very similar — we have to get our product to market, and pipelines are the safest way to do it.”

Enbridge’s presence in the community fuels quality of life through ongoing tax revenue. This revenue can be used for schools, infrastructure (roads and bridges), health and wellness, recreation, transportation and other services that help strengthen the fabric of the community.

> Contribute $1.389 billion to the Gross Domestic Product (GDP) of Alberta through the project’s design and construction phases.

> Generate $216.5 million for the province of Alberta in tax revenue during the project’s construction phase.

> Contribute $1.065 billion to the Gross Domestic Product (GDP) of Saskatchewan through the project’s design and construction phases.

> Generate $183.9 million for the province of Saskatchewan in tax revenue during the project’s construction phase.

> Contribute $391.9 million to the Gross Domestic Product (GDP) of Manitoba through the project’s design and construction phases.

> Generate $108.2 million for the province in tax revenue during the project’s construction phase.

> Contribute $2.873 billion to the GDP of Canada, through the project’s design and construction phases.

> Generate $514.3 million for Canada in tax revenue during the project’s construction phase.

These figures include federal and provincial goods and service taxes, federal income taxes, and excise taxes. 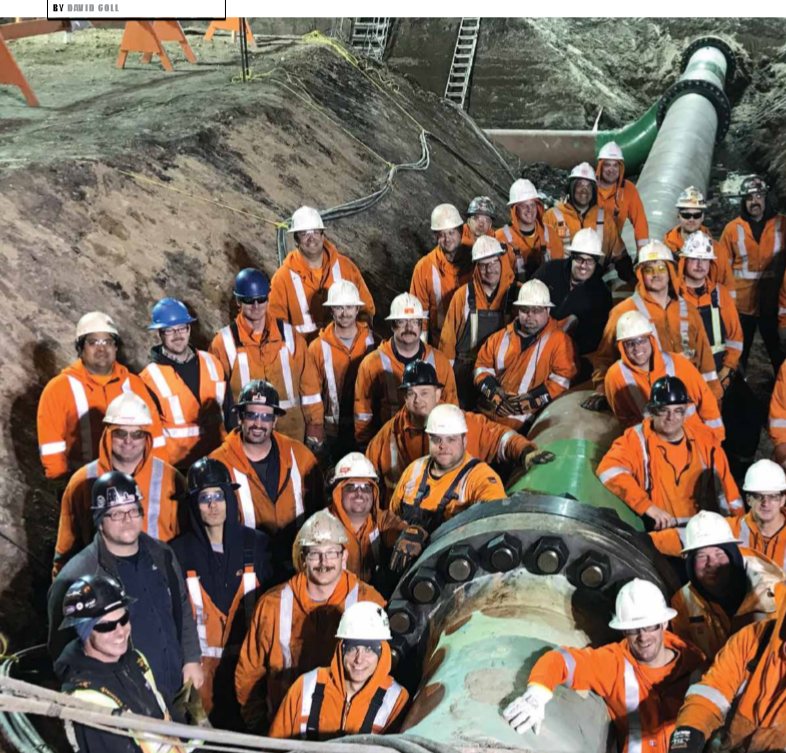