In 2007 we were traveling across Manitoba and Saskatchewan doing ratification meetings with 400 Enbridge pipeline landowners who we had just negotiated a settlement for on the proposed Southern Lights and Alberta Clipper projects.

Those landowners unanimously ratified that settlement agreement and with their signatures, a new era of landowner and industry relations began.

At our last meeting on the west side of Saskatchewan, a gentleman introduced himself to me, he said his name was Jim Ness and he was from New Brigden, Alberta. He wondered if CAEPLA would be able to come over to Alberta and help him and his neighbours deal with TransCanada (TCPL) on a proposed project that would see a new pipeline built on their property. He referred to it as the “Keystone Project” and said although many of his neighbours had already signed, seeing what we had accomplished on the Enbridge project made him realize they were all signing a bad deal.

I had been following the project and knew that the National Energy Board (NEB) had already approved it, but realized that if there were still landowners who had not signed there might be a chance we could get TransCanada to the table to negotiate resolution to landowner concerns. I told him I couldn’t promise anything but, as always, said “if we attempt nothing, then nothing could possibly be gained.”

And as it turned out TransCanada at this time had also applied to the NEB to increase the output of the proposed pipeline, which opened the door for us to get the company to the table. It also provided a legitimate opportunity for those landowners who had already signed to revisit the original lowball deal few were happy with.

After much back and forth TCPL finally agreed to negotiate but requested that perhaps we could negotiate another proposed project at the same time. That project was the XL pipeline — a TransCanada dream.

After a number of negotiation meetings we finally hammered out a settlement agreement on both the Keystone and XL pipelines with TransCanada for the Alberta Association of Pipeline Landowners (AAPL) whose membership covered the routes in Alberta and even Saskatchewan.

That agreement was modeled on the precedent-setting Enbridge deal we had done the year before, only this time TransCanada demanded theirs be “confidential.”

At the ratification meeting held to vote on this agreement we again had a unanimous vote and everyone said they could not believe what had been accomplished. The community held a steak dinner in recognition of what they had won by working together and to thank CAEPLA for providing our experience in getting the deal done. That deal was dated August 7, 2008.

I will explain what was accomplished in general terms in these settlements by quoting from an article provided by the press regarding the Enbridge settlement written by one of CAEPLA’s legal counsel, Paul Vogel:

These settlement agreements, both the Enbridge/MPLA/SAPL and the TransCanada Keystone/XL/AAPL agreements helped find resolutions to:

“escalating concerns landowners have with respect to environmental, social and economic impacts being experienced as a result of continuous expansion of pipeline utility corridors.”

Vogel writes “…… the MPLA/SAPL settlement is a good example of landowners from one region helping landowners in other regions successfully deal with the impacts of pipeline construction and operations on farm operations and productivity and the income safety and well-being of farm families.”

Simply put CAEPLA was able to help landowners negotiate business agreements that were a “win, win” for both them and the companies. Business agreements that respected landowner stewardship responsibilities, safety, environment, property rights, businesses and their families while at the same time providing both companies and in particular TransCanada, with their future XL dream, an opportunity to build good public relations, avoid having to use expropriation (known as eminent domain in the US) and get quick regulatory and public support for the project in Canada.

It’s too bad TransCanada did not take this valuable experience in Canada to the United States in their dealings with landowners there.

I have recently spoken with landowners in the US and it seems the company defaulted back to industry’s old “sign this offer or else.”

Or else they will use eminent domain. This simply created an opportunity for the anti-pipeline movement to pick up disgruntled landowner supporters to provide President Obama the political opposition and cover he needed to turn the project down.

Now that President Trump has greenlit the project, perhaps it is time for CAEPLA to help turn the corner and provide Nebraskan landowners an opportunity to create a business partnership with TransCanada like we did in Canada.

CAEPLA has the track record and boosted TCPL’s bid for regulatory approval back in 2008 by encouraging and enabling the company to respect landowners and their property rights. CAEPLA is ready to help both landowners and TransCanada come to another “win, win” agreement. 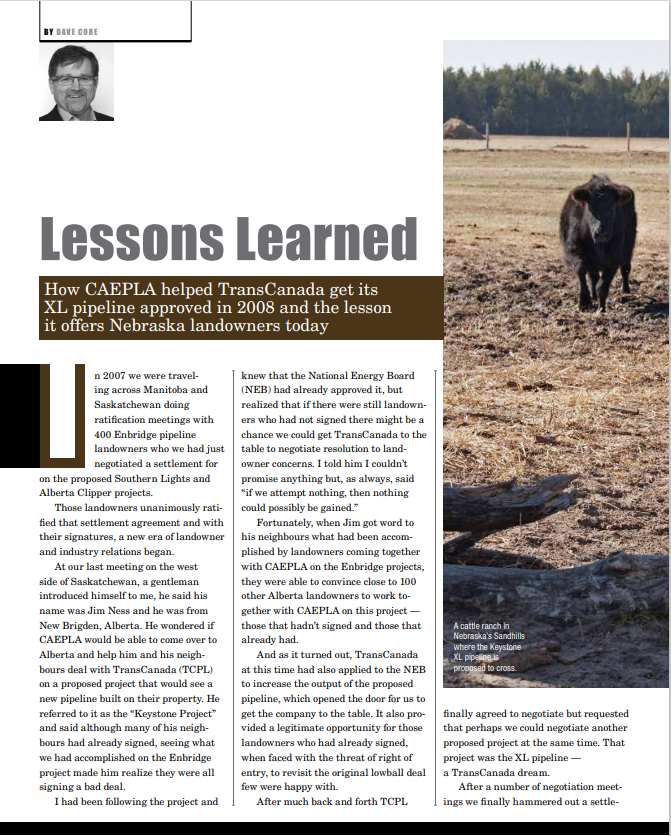 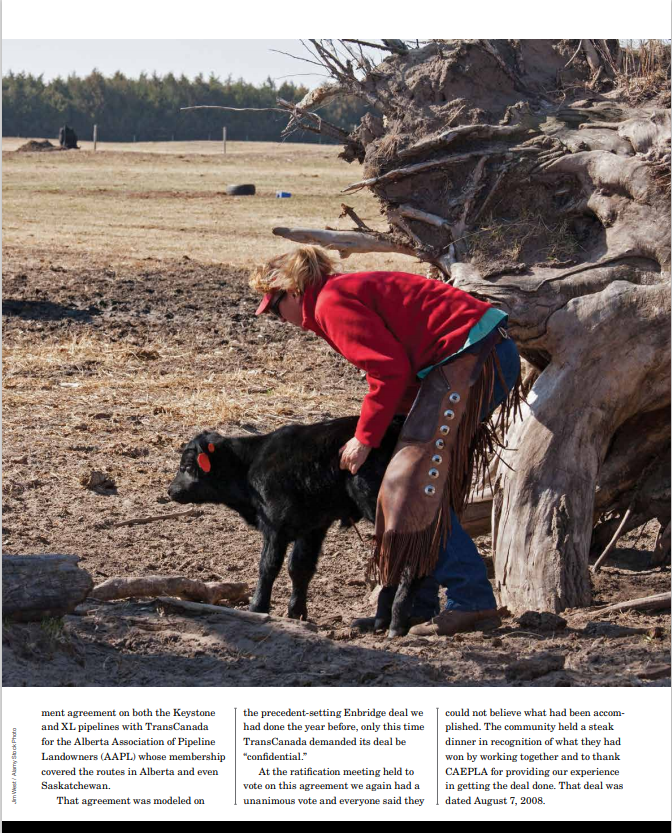 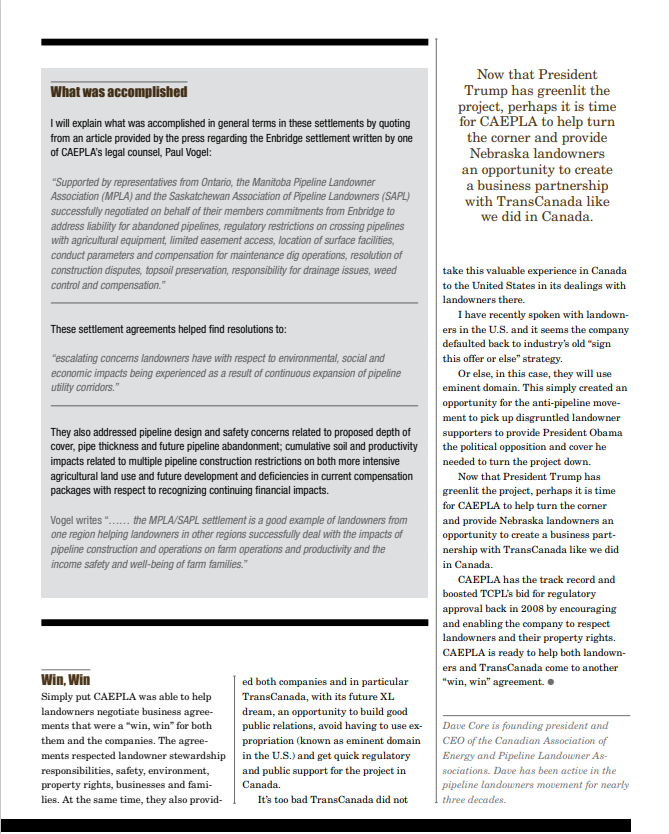