These attitudes and actions underscore the increasing power and recalcitrance of $13-billion-per-year Big Green industry, and how little fundamental facts affect its thinking.

The most delayed and litigated pipeline in U.S. history, KXL has stirred controversy for more than a decade. Proponents say it is a necessary, safe, effective way to transport crude oil to refineries that produce fuel for vehicles and raw materials for countless petrochemical products.

The Nebraska Public Service Commission recently voted to approve that U.S. state’s segment of the 1,950-kilometre Keystone XL Pipeline. While that would appear to allow construction to move forward, more obstacles loom before KXL can finally bring North Dakotan and Canadian crude oil to Texas refineries.

Commissioners who voted against approval have raised objections, some landowners still object to the pipeline crossing their lands, other landowners were not aware that the new route would cross their properties, and environmentalists plan more lawsuits in an effort to stop TransCanada’s plans to finish Keystone.

Further complicating matters, the Nebraska-approved route is not the company’s preferred path through the Cornhusker State. A spokesman said project engineers would have to assess how much the newly revised route will affect construction schedules and costs, on top of the $3 billion it has already spent on KXL.

This imbroglio is a tiny facet of the ideological green movement’s implacable opposition to carbon-based energy. Rooted in climate-change dogma, its “keep it in the ground” mantra has become a rallying cry for nasty campaigns against pipeline construction, existing pipelines, drilling and even sand destined for fracking operations. Police increasingly have to deal with masked thugs, mountains of toxic trash, murder threats and even the possibility of improvised bombs hidden in the encampments of “peaceful protesters.”

These attitudes and actions underscore the increasing power and recalcitrance of the $13-billion-per-year Big Green industry, and how little fundamental facts affect its thinking. If the radicals believe there is an ecological or climate risk, they feel justified in using intimidation, criminal sanctions, and even force, violence and eco-terror to impose their will. Whatever they cannot make off limits via Antiquities Act, wilderness or other land use designations, they intend to lock up or shut down by other means.

The most delayed and litigated pipeline in U.S. history, KXL has stirred controversy for over a decade. Proponents say it is a necessary, safe, effective way to transport crude oil to refineries that produce fuel for vehicles and raw materials for countless petrochemical products. In fact, segments of Keystone have already been in operation for several years, delivering crude oil to refineries in Illinois and Texas.

A new, shorter, more direct route—Keystone XL, running diagonally through Montana, South Dakota and Nebraska—would be less expensive and safer. The northern portions were approved years ago, but the Nebraska section encountered prolonged opposition from climate alarmists and President Obama.

TransCanada had already agreed to move the route away from environmentally sensitive wetlands known as the Nebraska Sandhills. The Nebraska state decision shifted the pipeline farther away from Sandhills.

But diehard opponents say all pipelines are inherently unsafe, prolong the use of “climate-damaging” fossil fuels, and will become obsolete relics as North America shifts entirely to renewable energy in a utopian decade or so.

The United States already has 260,000 km of liquid petroleum pipelines, 500,000 km of natural gas transmission pipelines, and 3.5 million km of local gas distribution pipelines. Skilled builders will use the latest steel, valve, monitoring and other technologies to build the KXL segment and prevent spills.

No one can guarantee that spills will never occur. A recent break in an older Keystone pipeline in South Dakota caused a 5,000-barrel leak. However, the Keystone and KXL lines traverse mostly rural areas, whereas truck and rail alternatives go along busy, congested highways and through towns and urban areas—with far greater potential for loss of human life and property.

A fiery 2013 derailment in Quebec killed 47 people and left many more badly burned; rail accidents in Colorado and Virginia resulted in significant oil spills but fortunately no deaths. By carrying 830,000 barrels of light and heavy crude every day, Keystone XL would eliminate the need for 1,225 railroad tanker cars per day (450,000 per year) or 3,500 semi-trailer tanker trucks daily (1,275,000 annually).

More than 99.9% of oil moved by pipeline arrives safely at its destination, the Wall Street Journal notes. Rail transit is 2.5 times more likely to have an accident resulting in an oil spill, and trucks are six times more likely to do so—with both far more likely to injure, burn or kill many people. Indeed, the 5,000-barrel spill happened after the Keystone pipeline had safely delivered more than 1.5 billion barrels of oil, and TransCanada isolated the affected pipeline section within 15 minutes. No serious damage occurred.

This does not consider what it would take to replace vehicles with electric versions—or to replace coal and gas fuel in foundries, refineries and factories. The steel, copper, lithium, cobalt, rare earth elements, fibreglass and other raw materials to build all those turbines, batteries and transmission lines would require massive quantities of earth removal, mining, processing, smelting and manufacturing—much of it in developing countries under dangerous, inhuman conditions. Renewable energy is not ecological or sustainable.

Activists who cry Climate Armageddon attempt to tie every temperature rise, hurricane and other extreme weather event to human greenhouse gas emissions. They ignore the record 12-year drought in Category 3-5 hurricanes striking the U.S. mainland, prior to Harvey—and the “warming hiatus” that has prevailed since 1998, except during the 2015-16 El Niño temperature spike.

And it now appears that Western Antarctic ice shelf instability may be due to volcanic and magmatic activity beneath it, and not climate change.

Heavily subsidized, sporadic, unreliable wind and solar combined provide less than three per cent of all U.S. energy. One day, they (or some other as-yet-unimaginable energy source) may replace the fossil fuels that still account for 81 per cent of the energy that makes U.S. livelihoods, living standards and lifespans possible—and is lifting billions out of abject poverty, malnutrition and disease. But that day has not yet arrived.

Fossil fuels provide feed stocks for paints, plastics, pharmaceuticals and other products that enrich and safeguard our lives. They keep our lights, heat and air conditioning on, and power the manufacturing centres that create computers, smartphones, healthcare technologies, vehicles and batteries. They take patients to hospitals, people to work and events, and products to retailers and homes.

They are the most efficient, most affordable power source for the modern civilization that North Americans enjoy and take for granted—and to which all humans aspire. Pipelines are the fastest, safest, most direct, most economical way to get oil and natural gas supplies where they are needed.

Keystone XL is a vital addition to North America’s pipeline system. It’s not perfect. But it is essential for a healthier, safer, more prosperous country. 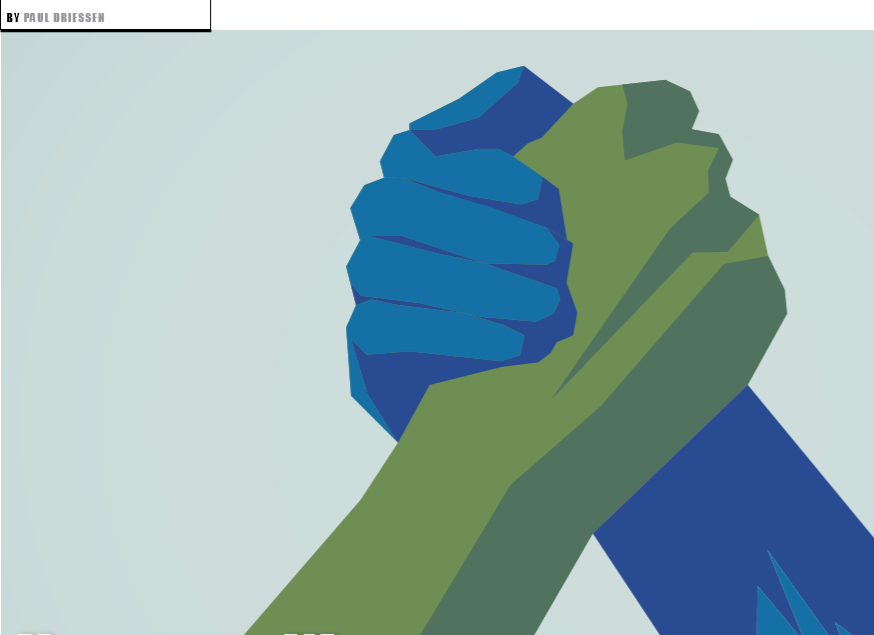 Paul Driessen is senior policy analyst for the Committee For A Constructive Tomorrow (cfact.org) and author of books and articles on energy and environmental policy.