A U.S. judge has denied a request for pre-construction work to go ahead on the Keystone XL pipeline.

U.S. District Judge Brian Morris on Friday denied a request by Calgary-based TransCanada to begin constructing worker camps for the 1,905 kilometre pipeline that would ship crude from Alberta to the Gulf Coast.

However, Morris said TransCanada could perform some limited activities outside the pipeline's right-of-way. Those include the construction and use of pipe storage and container yards.

"I don't see it as that significant," said Nigel Bankes, a professor of law at the University of Calgary.

TransCanada said last month it plans to start clearing trees and foliage for the northern route of the pipeline after the National Energy Board announced it had approved the pipeline company's request to do some winter clearing work.

The regulator said the company had satisfied requirements to remove trees and shrubs around Hardisty, Alta., and further south in a block known as Keystone's north spread.

Hardistry is about 210 kilometres northeast of Red Deer, Alta.

The pipeline, expected to cost $8-billion, would carry 830,000 barrels of crude a day from Hardisty to Nebraska. The pipeline would then connect with the original Keystone that runs to refineries in Texas.

In December, a Montana Federal Court judge gave the company permission to continue some pre-construction work such as engineering, awarding contracts and taking meetings.

The pre-construction work is essential, the company has said, to be ready for the 2019 spring construction season and meeting its targeted 2021 completion date.

TransCanada is still waiting for approval to continue field work in the United States. 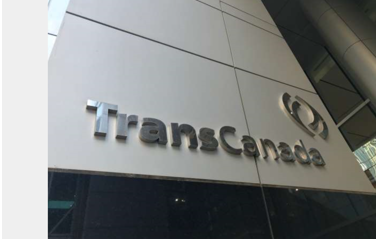