Author of the article: James McCarten
THE CANADIAN PRESS

WASHINGTON — President-elect Joe Biden plans to rescind a permit for the Keystone XL pipeline expansion on his first day in the White House, transition documents suggest.

The documents, seen by The Canadian Press, feature a to-do list dated Wednesday that includes signing an executive order to revoke the construction permit granted by predecessor Donald Trump.

Other entries under the “Climate” heading include, “Rejoin the Paris Agreement” and “Announce date for U.S.-hosted Leaders’ Climate Summit.”

Campaign officials promised in May that if elected, Biden would cancel the $8-billion cross-border project, but the timeline was never clear until now.

Some advocates for the project took solace in the fact that Biden himself never reiterated the commitment during the rest of last year’s campaign.

“The government of Canada continues to support the Keystone XL project and the benefits that it will bring to both Canada and the United States,” she said in a statement.

The federal government has beefed up its climate plan in an effort to exceed the current target for cutting greenhouse gases by 2030, and to reach net-zero emissions by 2050, Hillman said.

Ever since May, Canadian officials have been advocating for a cross-border discussion on climate and energy that would make room for both building the project and reducing emissions at the same time.

“Keystone XL fits within Canada’s climate plan,” Hillman said, adding that it promises good union jobs in both countries “at a time when our economic recovery is a top priority.”

“Underpinned by a crucial and long-standing trade and security partnership, there is no better partner for the U.S. on climate action than Canada as we work together for green transition.”

The controversial, on-again, off-again pipeline expansion would ferry up to 830,000 additional barrels a day of diluted bitumen from Alberta’s oilsands to refineries along the U.S. Gulf Coast.

Some 200 kilometres of pipe have already been installed, including over the Canada-U. S. border, and construction has begun on pump stations in Alberta and several U.S. states.

Biden was vice-president in 2015 when President Barack Obama initially rejected Keystone XL for fear it would worsen climate change. Trump approved it again in 2019.

The Biden campaign team appeared to slam the door on the expansion in May with an unequivocal statement committing the president-elect to “proudly” sign an order that would “stop it for good.”

But observers and experts alike held out hope, even after Biden named John Kerry — the climate hawk who as secretary of state recommended that Obama reject the permit — as a special presidential envoy on climate change. 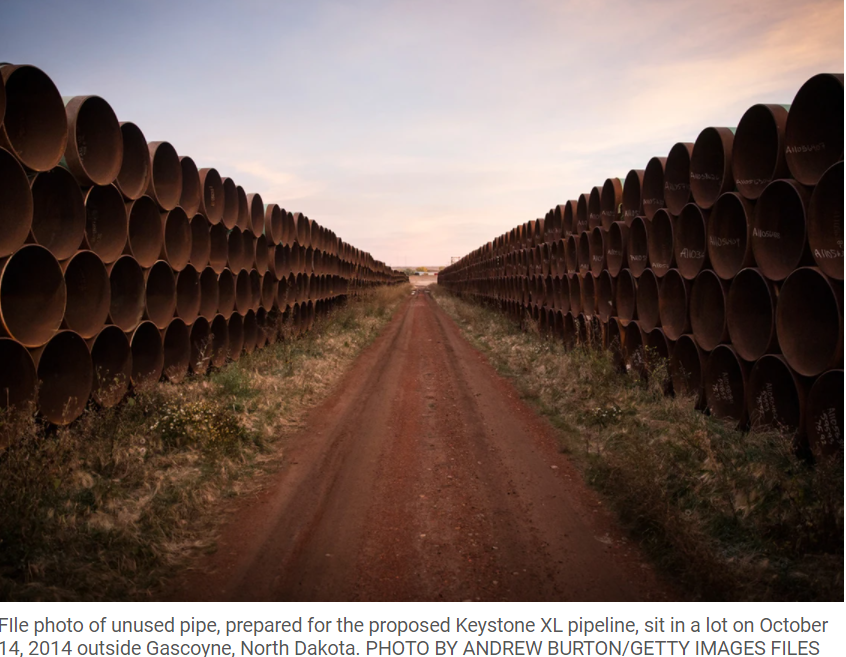