Rachel Notley is celebrating too soon

On Keystone, Rachel Notley is celebrating too soon 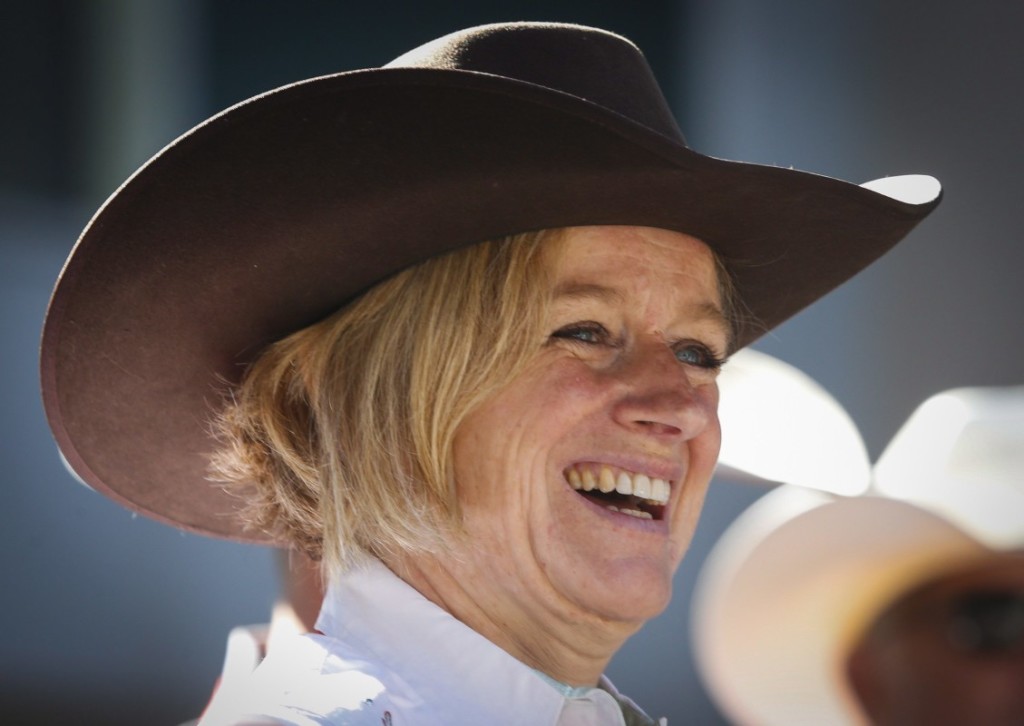 EDMONTON — I’m not sure how many Albertans could find Nebraska on a map. I’m quite certain very few of them had ever heard of the Nebraska Public Service Commission before Monday. But the province was all ears when — by a 3-2 vote — the commission finally approved TransCanada’s application to build the Keystone XL pipeline.

It’s been a long, rocky road for Keystone XL to date — and the trip is far from over. Keystone XL’s been declared dead more times than rock and roll. It was dead in 2015, when President Barack Obama rejected Trans Canada’s application to build (not in “the national interest,” we were told). Obama’s rejection was all it took for Donald Trump to turn it into a political football in the 2016 presidential election. After Trump’s improbable win, Keystone was back on life support.

Politics makes for some strange bedfellows. Pipeline politics makes for the strangest. This week saw Alberta’s NDP premier, Rachel Notley, taking a victory lap while on a tour of Eastern Canadian to promote pipelines. “(Keystone XL) will mean greater energy security for all North Americans by making sure people have access to Alberta’s responsibly developed energy resources,” she said.

Translation: responsible energy development (a carbon tax) equals shovels in the ground in time for Notley’s re-election bid in May 2019 … or so she hopes.

It’s too soon to break out the confetti. Regulatory approval does not lead inexorably to construction. Kinder Morgan has received approval to expand the Trans Mountain line from Alberta to the Pacific Coast. It’s highly unlikely we’ll see shovels in the ground, let alone bitumen in the pipe, before Albertans next go to the polls. Fierce opposition by British Columbia’s own NDP government, several municipalities and First Nations means court challenges, permits being withheld and — if all else fails — protests and civil disobedience along the route.

The former Harper government gave conditional approval to Enbridge’s Northern Gateway project. But then the federal Court of Appeal ruled the government hadn’t consulted First Nations adequately. Then came the election and a change of government, a ban on oil tankers on B.C.’s north coast and the subsequent death of Northern Gateway.

TransCanada recently shelved its proposed Energy East pipeline, which would have sent Alberta oil to a refinery in New Brunswick. This project had not yet been approved by the National Energy Board when TransCanada decided on its own last month that it could no longer make a business case for the project.

Today, the company finds itself on Keystone XL where it was a month back on Energy East — trying to work out whether a business case still exists. The route the regulator just approved is not the one TransCanada originally pitched; the commission ruled the new pipeline should be routed closer to TransCanada’s existing Keystone pipeline to allow for greater monitoring and reduced impact for endangered species. The new route is longer and it doubtless will inspire new legal challenges.

TransCanada CEO Russ Girling said the company would need to assess “how the decision would impact the cost and schedule of the project.” Translation: the company is not keen on renegotiating easements and surface rights, especially with oil prices remaining stubbornly low.

Opponents of the project have suggested the Nebraska Commission exceeded its mandate by approving an alternate route. Some lawyers believe the commission was only empowered to approve or reject the application put before it — not to change it. Translation: more legal challenges and delays.

TransCanada originally proposed the Keystone XL project in 2008. It still claims construction can start in 2018 and the project could be on-line by 2020. Translation: the company needs to reassure its shareholders, who have dumped millions into this project and Energy East without any return on their investments.

The business case for Keystone XL is likely stronger than it was for Energy East. Heavy oil production in Venezuela and Mexico has declined, opening a potential market for Alberta heavy oil to be refined in Texas and Louisiana.

Although Premier Notley was initially ambivalent about Keystone XL, the project became far more important to her politically as more and more pipeline projects were mothballed, cancelled or caught up in court challenges. Her future depends on her ability to convince Albertans that they’re actually getting something in return for the ‘social licence’ they purchased with a carbon tax.

So there she is, in bizarre company for a New Democrat — allied with the Alberta and Canadian Chambers of Commerce, the Canadian Association of Petroleum Producers, industry and investment bankers … and Donald Trump. She’s got organized labour in her corner, of course; welders, fitters and boilermakers are keen for high-paying industrial construction work. Labour is a natural ally of the NDP; Chambers of Commerce and investment bankers are not.

Traditional NDP allies — environmentalist lobbies like the Rainforest Action Network and Bold Nebraska — are lined up on the other side and promising a protracted war. But the strongest and most effective opposition so far has come not from celebrity environmentalists like Robert Redford or Daryl Hannah but from farmers and landowners along the proposed route, and the state politicians they support.

Nebraska remains a bedrock conservative, midwestern Red State. Its citizens take property rights very seriously — and they don’t think much of the U.S. Supreme Court’s decision expanding eminent domain (the power of the state to take private land for public use) to cover private projects. This reaction is only amplified when the private developer is a foreigner. You may not get them worked up over climate change — but you will foster opposition by pointing out risks to the water table and agriculture, as the recent spill in South Dakota did in dramatic fashion.

Some landowner opposition has been neutralized by the alternate route. But now TransCanada has to start over, negotiating easements and surface rights with a new set of landowners.

Translation: This isn’t over. Not by a long shot.