Opinion: Do not deny us our opportunity for well-being and prosperity simply to serve your stereotypes of what Indigenous peoples should be for and against

Many Canadians have a one-dimensional understanding of Indigenous cultural, political and economic realities, based on the stories they see and hear in the mainstream media and the messages they get from politicians. We are often portrayed as a homogenous group with common interests, opinions and needs. One story that always gets attention is of Indigenous Canadians as victims of industry, protesting pipelines and other resource developments as they cross our territories.

The truth is, the vast majority of Indigenous communities in Canada are engaged in natural resource development, and on terms that we agree to. Indigenous communities have entered into over 450 agreements with mining companies since 2000, and 58 per cent have a contract or agreement with a forestry company. Across Canada, 25 First Nations produce oil on reserve and 35 produce natural gas. Dozens more have entered into agreements to have pipelines cross through their territory, and three separate Indigenous consortia are vying to purchase the Trans Mountain pipeline on behalf of their communities.

Indigenous-owned businesses are 40 times more likely to be involved in the mining and oil and gas sectors than the average Canadian business. The extractive sector hires twice as many Indigenous employees and pays on average twice as much in wages as other sectors. Natural resource development is where we’ve been able to make the most progress as employees, contractors, partners and owners. It provides much-needed jobs and revenues to our communities.

I previously worked for the Aboriginal Equity Partners, a group of 31 First Nations and Métis communities who had an ownership stake in the Northern Gateway pipeline. It would have produced $2 billion in economic benefits including jobs, business opportunities, and training for our communities, until it was killed by the federal government. When we went to Ottawa to testify in opposition to Bill C-48, the oil tanker moratorium, Transport Minister Marc Garneau called us “private interests” who were “not in the same category” as the First Nations in support of the government’s bill.

This is an unfortunate but common sentiment. Every day Indigenous leaders are called on by their people to address poverty in their communities through better housing, water, education and employment. But when they go and engage with industry to actually develop economic opportunities, they are often called sell-outs. This is made worse by the fact that those who are the loudest in opposition to working with oil and gas and mining are often elites in cities and institutions who don’t have to face the consequences of on-reserve poverty every day.

In the past two years, a group of us working to defeat on-reserve poverty have started a new organization, the National Coalition of Chiefs, comprised of Indigenous leaders who are pro-development. When individual leaders work with industry or speak out for economic development, they are often denounced by NGOs and protesters. What we are trying to provide is a strong and united voice in support of policies and projects that can help address the economic needs of our people, without fear or favour. It is unfortunate that in Canada in 2019, when Indigenous Canadians still have the lowest socio-economic outcomes in the country, such an organization is necessary. But it is.

What I want for my children and grandchildren is what most people want: a good job, a comfortable place to live, and food in the fridge. Sadly, many people living on reserve don’t have that. Ottawa never has, and never will be able to provide it. In any case, most Indigenous peoples don’t want to have to rely on the federal government for their daily needs. For most First Nations, the only solution to on-reserve poverty is participation in natural resource development. Do not deny us our opportunity for well-being and prosperity simply to serve your stereotypes of what Indigenous peoples should be for and against. 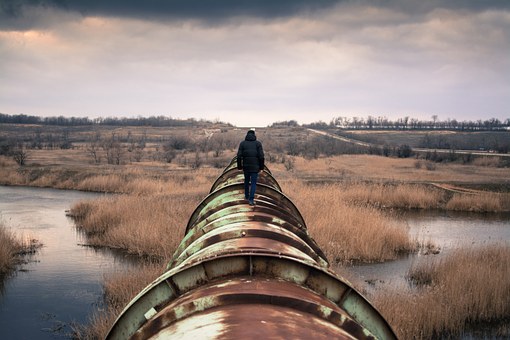