Incentivization Instead of Expropriation

Following the Liberal government’s approval of the Trans-Mountain pipeline in November 2016, various interest groups have certainly dug in their trenches vocalizing their opposition.

While I agree with the need to safely transport bitumen from Alberta to British Columbia, there is also room for environmental concerns to be heard. I can see both sides of the moral argument.  Even though I drive an efficient car, I am still dependant on getting black gold out of the ground. But how government awards industry the “right” of entry to private land to gain access to an expropriated easement is something that needs revisiting.

Is there another way?

The problem is that the provincial and federal governments receive billions of dollars in oil royalties and other taxes every year and therefore have a vested interest in the industry.

Until green technology surpasses the use and economic utilization (and more importantly the viability of tax revenue) of the oil and gas industry, our governments are dependant on these resources.

Even with this dependence, the free market should continue to encourage entrepreneurs with green initiatives, rather than wielding the sword of legislation.

In the meantime, let’s address a few realities:

1- All levels of government depend on revenue, generated through taxation

2- The royalties collected from the energy and energy transport industries are one of the juiciest sources of tax. This happens at the industry level with oil and gas royalties, corporate income tax, and other fees. At the consumer level, it occurs with gas tax, transit taxes, income tax from employees and contractors in the industry.

3- Regardless of the morality issue of oil posed by environmentalists, pipelines continue to be safer than alternate methods of transportation, such as rail or truck.

4- Governments want oil out of the ground, based on their need for tax income.

5- Governments have the ultimate power of creating easements through expropriation of land. Even though property seizure and unreasonable searches are prohibited under protections granted in the Charter of Rights and Freedoms, there is no protection from expropriation or imposing Right of Entry. If you’ve ever thought you actually own your land outright, perhaps you should attempt to skip a few years of paying your property taxes — let me know how that goes for you.

The current system of payments for easement agreements is fundamentally biased against the landowner. In any contract, there must be equal consideration for a contract to be valid.

And in the free market, the exchange of goods or services is done through a mutual exchange of values. In the case of land use, the landowner must willingly exchange the use of his land for a satisfactory payment. The practise of granting a single lump sum, lowball payment following expropriation or the threat of same, should be reconsidered.

The single, one time payment constitutes a binding agreement to the use of the landowners’ property, and even if there is a disagreement between the landowner and the company. In the event the landowner disagrees with the valuation offered, the involved parties have option for action. On one hand, the National Energy Board has the power to order a Right of Entry.

On the other hand, the landowner can seek arbitration, but like most individuals considering taking action, the costs of doing so are often prohibitive. According to the Natural Resources Canada website, neither the minister nor the arbitrator can award settlement costs. How many people have decided to throw in the towel before they ever begin? This is effectively expropriation when the private landowner has no alternatives but to accept the easement at the value offered.

Knowing that all levels of government want royalty income, knowing that shareholders demand return, and knowing that landowners should have an equal say in the process, what alternatives exist to balance out these sometimes conflicting interests?

How can you promote fairness in a process where the “independent” arbitration process is run by the same entity earning the revenue from the process?

Economists of the Austrian School would suggest that the only way to decide who is right in a situation of competing values is to consider the rightful ownership of property. Whoever is the owner of property has the final say and can make the final decision. In the current process, the final decision is the granted to the Crown, as the Crown is the true owner of the property.

Given that property rights are not granted the same status as other western countries, and certainly not under the Charter of Rights and Freedoms, this is something that all Canadians should remember.

One possible solution lies in providing new and different incentives for landowners facing easement decisions. These could come in the form of tax incentives or credits on the portion of the land granted. Executing a tax credit strategy is easily accomplished.   For example, a farm credit decreases municipal tax, and any tax incentives provided for easements could be implemented in the same manner.  Credits and deductions could be done at the municipal, provincial or federal level.

Incentives could also be in the form of royalty income in the same way the governments are paid on the volume of extractions. The pipeline companies can pay a certain rate per measured flow of bitumen that could be granted an offsetting tax credit or deduction to create tax preferred income for the landowner.  The energy transport company could sign guaranteed or non-guaranteed renewable lease agreements on the land used.  Of course, as with any form of free-market exchange, the interests of all competing parties must be addressed. 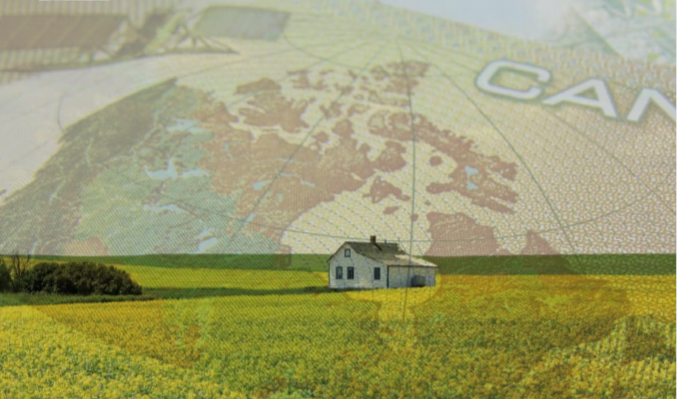