In the Russian film, Leviathan, a corrupt mayor expropriates the home of a car mechanic. The process is rotten to the core. Leviathan is of course a modern metaphor for an all-powerful state. Its roots lie in the Book of Job, where a monster of that name claims that “everything under heaven belongs to me.” Resistance to Job’s Leviathan is futile: “If you lay a hand on it, you will remember the struggle and never do it again! Any hope of subduing it is false.” That’s a troubling vision of a state. But it perfectly describes the state’s power of expropriation—not just in Russia, but in Canada. Everything ultimately belongs to the state, and any hope of subduing the state is false. If the state wants your property, it can take your property.

Most assume there are limits to takings. They assume that takings occur only for public purposes and only for projects that are necessary and economically sound. But, in fact, these limits are fictions. In the name of economic development, job creation and the generation of tax revenues, expropriation is often used to promote private projects. And to make matters worse, these projects are often unnecessary, and economically unsound.

We don’t talk about this much in Canada. In this, we’re very different from the United States.

We have plenty of outrageous takings here in Canada, but we don’t have the backlash. The issue attracts very little public debate, almost no academic attention and almost no comment from policy institutes. Usually, it’s only directly affected citizens who object to expropriation—and their concerns rarely extend beyond their immediate situations.

Of course, the Canadian Constitution (unlike that in the U.S.) doesn’t limit takings to public uses. It doesn’t limit takings at all. Any limits would have to be found in legislation—and they’re just not there. The expropriation acts in BC, Alberta and Ontario have no public purpose requirement. They don’t even include the words “public purpose” or “public use.” There’s a widespread presumption that takings will be in the public interest, but it’s nowhere in the law.

The acts that do refer to public purpose don’t define the term and don’t provide any meaningful restraints. For example, the federal Expropriation Act authorizes the Crown to expropriate any interest in land that “in the opinion of the Minister, is required by the Crown for a public work or other public purpose.” This power is completely discretionary and all-encompassing and is not subject to judicial review.

And then there’s the New Brunswick act, which explicitly allows expropriation for private purposes, including commercial and industrial purposes.

Frankly, what strikes me as absurd is that the Toyota plant was considered a good project. The province and the feds gave the plant $125 million in financial help back in 2005. And they chipped in another $100 million last year. The Canadian Taxpayers Federation called that a “cruel joke on taxpayers.” They figured it amounted to paying $1.7 million per job created.

Expropriation can be for an unknown economic development. One of the clearest statements of this came in a 1978 case involving the development of the Halifax waterfront, which included undetermined projects to be carried out by the private sector. The judge wrote, “The ultimate use of the lands was not really a necessary consideration at the time of expropriation…. It is surely not necessary to have a specific use in mind for each particular property that is subject to expropriation.

The Supreme Court reached a similar conclusion in 1991. In that case, the town of Val-Bélair, Quebec, had expropriated land for a so-called “land reserve”—defined by one judge as “a bank of land the use of which is not yet known.” The Court found that municipalities can act as land developers. They can acquire land “for the purpose of resale or leasing, and what is more, those operations can be carried out for the benefit of third parties.”

In fact, almost anything can be a legitimate purpose. In 1978, an Ontario court hearing a dispute concerning Windsor’s expropriation of lands for a private housing project made an astonishing finding: “Much was made in argument that the lands in question were not expropriated for public purposes. The short answer is that once the power to expropriate is conferred it would seem inconsequential whether or not it was for a public purpose.”

With court decisions like that, it’s hardly surprising that expropriation for private economic development is so common. Let me give you a very recent example. Just last month, Windsor expropriated two houses near its airport. It wants to consolidate this land with nearby land slated for industrial development. The city admits it doesn’t need the land now. But the taking, in the mayor’s words, puts the city “in a position to talk about future development.” The owners protested that their land would never be needed—their 1.6 hectares (four acres) sit on the edge of 81 hectares (200 acres) that can be developed. Also, Windsor has hundreds of vacant commercial and industrial properties. Why wouldn’t a developer simply purchase one of those?

In addition to being unnecessary, the taking makes no economic sense. It’s part of an “Economic Revitalization Community Improvement Plan” that calls for an array of subsidies, including municipal property tax breaks and development charge offsets.

Windsor should know better—it’s had some very bad experience with economic development takings. First there was the expropriation of land for an arena that never got built. That land sat vacant for 20-some years, as politicians proposed one failed plan after another.

And then the city expropriated a block of historic buildings for an office tower to house the headquarters of Daimler-Chrysler. That was a disaster. There was no demand for the office space, and much of it sat vacant for years. The city itself leased a couple of floors, and then sublet it for less than a third of what it was paying. Other landlords in the area complained they couldn’t possibly compete. So, we’re talking about the destruction of an historic neighbourhood, a $50-million bill for taxpayers and a wrench in the local real estate market. Here’s what the Windsor Star had to say about this last year: “There is a lesson in this … [G]overnments make lousy real estate investors. They make lousy developers. They shouldn’t compete with the private sector in businesses they have no business in, because they mainly succeed only in making conditions worse for everybody concerned.” Unfortunately, Windsor hasn’t learned that lesson.

Meanwhile, many provinces have a public process that’s supposed to ensure that takings are fair, sound and necessary. Those who face expropriation can request a public inquiry. Many believe that the inquiry will give them a fighting chance to defeat the proposed taking. They are wrong—these inquiries are a sham.

First of all, a province may waive the requirement for an inquiry. Second, the scope of the inquiries that do go ahead is very limited—the inquiry officer isn’t allowed to question an expropriating authority’s objectives. But all that doesn’t really matter, since the findings of the inquiries are routinely ignored. The party approving the expropriation must “consider” the inquiry officer’s report, but it need not follow its recommendations.

An interesting example of this comes from Fort McMurray. In 2013, an inquiry looking into expropriation for an arena found that the proposal was “not sound.” The inquiry officer explained, “there is no reasonable assurance that the project will ever proceed, and accordingly, the expropriation of the lands is not reasonably necessary at this time.” That didn’t deter the municipality, which went ahead and expropriated. But the inquiry officer was right. The arena never got off the ground. It was supposed to be privately financed, but the municipality learned that it might be on the hook for $580 million. Last fall, council put the project on hold. Unfortunately, that was after spending $47 million turning viable businesses into vacant lots.

A public inquiry isn’t going to save anyone. And the courts are, once again, of no help here. Back in 1973, the Supreme Court decided that as long as an expropriating authority considers an inquiry officer’s report, there’s no legal recourse. It ruled that the Ontario legislature has “left little room for judicial supervision of an approving authority’s discharge of its duty to approve or disapprove an expropriation … The Court is given no role to review the merits of an expropriation proposal…. [The approving authority] is invested with the widest discretionary power to determine, subject only to considering the inquiry officer’s report, whether an expropriation should proceed.”

Landowners can challenge the compensation they get. But as for a taking itself, they have no recourse. Under our current laws, resistance is futile. Which means that we need new laws!

Here’s where the U.S. experience becomes so important to us. In exploring options for reforms in Canada, we can look to the massive experiment that’s been conducted south of the border in the last decade. Following the Kelo decision, 45 states passed laws limiting the use of expropriation.

Some states now explicitly prohibit expropriation for private purposes or for economic development projects. Michigan specifies that public use doesn’t include the enhancement of tax revenues. Virginia specifies that job creation is not a public use. Other states have made it more difficult to transfer expropriated property to private parties. Still others have left it to judges, rather than politicians, to determine if a use is public or private.

The question for us

To what extent can the U.S. experience guide reforms here? Obviously, some of the mechanisms that have been used to bring about change in the U.S. won’t apply here in Canada. Constitutional challenges won’t work here—at least, not until our Constitution protects property rights. One mechanism that was particularly successful in the U.S. was the citizen-initiated referendum. Those are much rarer here.

But what about more traditional approaches to provincial and federal law reform? In the U.S., the reforms came in response to citizen pressure. There was a huge public backlash against the Kelo decision. In one survey, 95 per cent of the respondents disagreed with the decision. In another, 81 per cent. Would Canadians ever feel that strongly about takings? Would there ever be that kind of pressure for new laws? Is that part of our culture?

And would new laws even be effective? Experts point out that many of the U.S. laws are just window dressing, and place the blame on wide-spread political ignorance. Voters often can’t tell if a law will be effective. So, law-makers can cater to public outrage and at the same time serve those who benefit from takings. More worrying, public attention to the issue seems to be flagging, and some reforms are actually being rolled back. For these reasons, the courts may well have an important role to play in restricting takings. But what role can the courts play here in Canada, when they have made it so clear that anything goes?

Unrestrained expropriation is a serious public policy failure—and yet, one that’s widely ignored. How can we change that? They’ve done it in the U.S. But is there any hope for Canada? 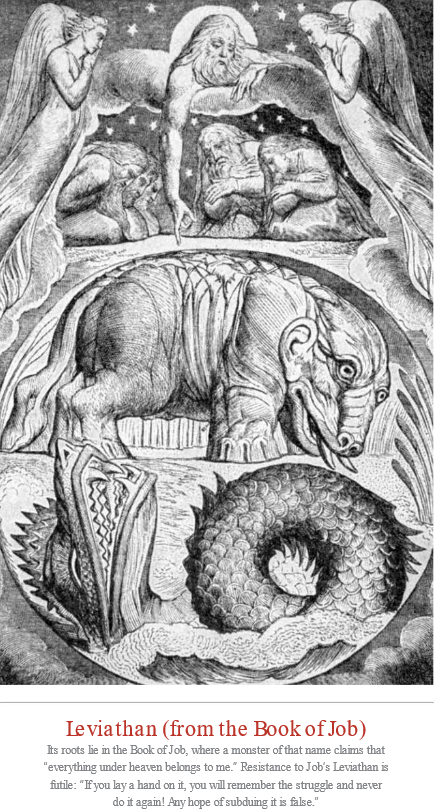 Elizabeth Brubaker is executive director of Environment Probe and author of several books, including Property Rights in the Defence of Nature, an investigation of the extent to which the property rights regime developed under the English common law can serve as a force for environmental protection.