Estella Petersen is a member of Cowessess First Nation. She currently resides and works in Fort McMurray.

To hear it from oil sands critics, politicians and activists, Indigenous people in the oil sands are a contradiction. Surely, they cannot exist. Or if they do, they are surely victims of a predatory resource industry, or are colonized sellouts.

I’m an Ojibwe woman. Life was very hard growing up. I was brought up in an abusive environment, and my family was mostly dependent on government assistance for income. I ran away from home several times as a teenager to escape this lifestyle. I did complete high school although there were only a handful of other Indigenous students in my graduating class. Most of my Indigenous peers quit at middle school. I eventually moved to the city, married young, went to college, which I paid for myself, had children and got divorced. I often worked two or three jobs to support my family and still struggled to make ends meet.

One day, I decided to apply to work in the oil sands in Fort McMurray. I didn’t know anyone there but I was determined to make a change – and yes, of course, as with almost any job, there were financial motivations. I applied to dozens of places even though I had no experience. Only one contractor showed interest, but that was enough to get me trained as a heavy equipment operator. I have since moved up, and now I work at a large company.

The thing that has always contributed to my work ethic was my upbringing and the racism I faced. Ever since I was a child, I’ve heard all the epithets and slurs: “lazy Indian,” “welfare bum,” and accusations that I was only hired because I’m Indigenous. The oil sands are certainly not immune to such thinking. But I’ve used these attacks to motivate me to work extra hard and not give anyone a reason to hold those negative comments against me.

It should be said, however, that the oil sands have evolved since I came here almost nine years ago. People seem more professional, and I’ve seen far less tolerance for racism. There are more women and non-Indigenous people of colour working on site. People who don’t understand the oil sands may hold perceptions that resource-industry workers are crude, uneducated and dirty people who don’t care about the environment, but from what I’ve seen, none of that is true.

There’s been growing concern about the violence faced by Indigenous women in this country, and that’s a good thing. But when people try to focus their energy to separate Indigenous women from the resource industry, that’s a mistake. I’ve never once felt unsafe while working here. For me, the best way to protect myself and to be independent is to give my family and myself the privilege of options in life – and for me, that has come from working in this industry.

My dream is to ultimately recruit, mentor and supervise Indigenous people to work in the oil sands with heavy equipment. I’d like to see more Indigenous women work in oil and gas, so we are not deprived of these opportunities to earn a good livelihood and support our families because other people are making decisions for us.

I’m tired of politicians and activists speaking about Indigenous people as if we only have one voice, one culture, one worldview. Everyone has the right to speak up for what they believe in. But we must stop speaking about Indigenous people as if we all fit one stereotype. Let’s work to support one another and empower our people to make their own choices. For me, Canada’s resource sector was a great choice, as it’s a great place to create opportunities, and I don’t want to see these jobs taken away from Indigenous people, or any Canadians.

I have broken the cycle of government dependency, violence and poverty. I have my own voice. I refuse to be a victim of my circumstances. Most of all, I have choices, and I choose to declare that I’m a proud Indigenous woman working in the oil sands. 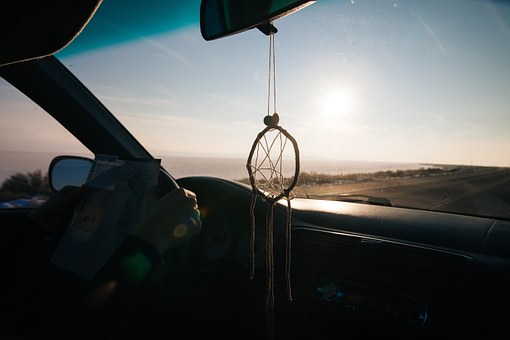