Manitoba Hydro’s Keeyask dam and Bipole III debacle — and the taxpayers’ probable assumption of much of its horrendous debt — were not inevitable, but Crown corporations have vulnerabilities that are inherent with being government-created and -controlled. Risk begins upon the founding, with the wrong idea, that a Crown corporation is “essential” and that its service could not be provided by the private sector.

It is a sensitive topic in Manitoba, which has a long history of Crown corporation service delivery. They certainly made sense, at one time, particularly when there were less developed capital markets or the state of technology favoured monopoly provision of power or telecommunications.

Canada has several private hydroelectric and other power companies. Crown involvement puts the public at particular risk. When private-sector utilities get in trouble, they are a problem for their owners and creditors, whereas Manitoba Hydro’s restructuring could devastate both ratepayers and taxpayers.

Government ownership is not inherently more virtuous than private ownership. All firms pursue goals; profit, in the case of the private sector, and something wider and more nebulous for a Crown corporation such as Manitoba Hydro. It clearly has a social-welfare aspect, with efforts to train and develop local First Nations staff and contractors. Hydro also finances other non-utility goals as well, to serve its master, the sitting government.

Often the creators of Crown enterprises are not financially, industrially or commercially astute or experienced. The founders and planners have a non-profit orientation and, generally, come from the civil service, non-profit advocacy and policy organizations, and government-supported agencies. So do many of their initial and later directors.

Crown ownership has or implies a government guarantee. This has enabled Hydro to borrow excessively for the dubious Keeyask dam and Bipole III projects. Related to this was hubris: the expansion of Manitoba Hydro was, at its core, an attempt to lever untapped, if costly, hydroelectric potential for the export market. Management and politicians erroneously believed they could outwit market forces, over decades.

Overseers of Crown corporations are either tempted or compelled to over-invest in sectors, to “develop” them, as Hydro did to develop the north and assist First Nations— all in conflict with a weak stricture to remain financially viable, if not just “profitable.” How did that work out?

Stewardship of Crown corporations, in theory, lies with their boards of directors being responsible to politicians. Rarely do elected officials have the requisite expertise to manage and supervise the direction of large, complex companies such as Manitoba Hydro. When they do not micro-mismanage, they delegate hard decisions to the directors or executives or consultants, then ignore them or leave them to the next administration to sort out.

Another chronic issue with Crown corporations is that their financial reckoning comes with delayed, expensive restructuring after developing excessive debt loads. Hydro’s debt was not on the province’s ledger, which gave taxpayers a false sense of independence from Hydro’s deteriorating condition. Its now-extreme debt endangers the province’s finances, compelling budget cutting that hurts individuals, families, industries and economic growth.

Manitoba Hydro’s debt load is expected to reach $25 billion. Sadly, there is no such thing as a free lunch. Combine that axiom with the tendencies of politicians to kick the can down the road as far as possible and we can expect large increases, perhaps a doubling or tripling of our power bills, to fund the Keeyask/Bipole folly.

A quality response would recognize the technological and capital market headwinds buffeting Manitoba’s obsolete Crown corporation monopoly model. It would recognize that Centra Gas is a separate competing power form to electricity, selling it off to pay down debt. It would take the remaining stranded debt into the government’s books to be paid off by ratepayers via a modest monthly surcharge over 30 years.

It would separate the transmission and generation services of Hydro. Transmission, a natural monopoly, might be transferred to municipally owned cooperatives. Generation would be opened up to competition, allowing new services onto the grid, much like telecoms in the 1990s with MTS competing with other service suppliers.

Then again, we could just plod along with increasingly costly power, stuck in the past. 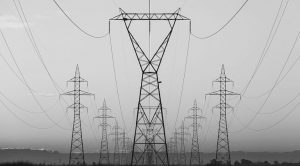