How to Blow Up a Pipeline, Ukraine War Edition...

Targeting pipelines for destruction to achieve political objectives has become a trend around the world.  Tragically, nobody ever talks about the potential for landowners and other members of the public to get caught in the crossfire...

Budapest has spent weeks shooting down proposals by Brussels to ban Russian oil and gas in the European Union, with Prime Minister Viktor Orban warning that an embargo on Russian oil would be tantamount to “dropping an atomic bomb” on the Hungarian economy. Hungary purchases about 65 percent of its oil and 85 percent of its gas from Russia.

Kiev should make "something happen" to the Druzhba ("Friendship") pipeline carrying Russian oil through Ukraine to Hungary to teach Budapest a lesson, Lana Zerkal, an adviser to Ukrainian Energy Minister Herman Haluschenko, has suggested.

“In my view, it would be very appropriate if something happened to the pipeline. But again, this is in the hands of the government and the president – to decide political questions, and whether we really want to speak to Orban in the language he understands and which he is imposing on the European Union”, Zerkal said, speaking at the Kiev Security Forum on Wednesday.

Druzhba is an “excellent lever” with which to influence Hungarian policy, she stressed.

Zerkal’s comments were echoed by former Ukrainian President Petro Poroshenko, who called for the oil pipeline to be shut down last week, notwithstanding the expected loss of income to the Ukrainian budget via transit fees collected from Russia.

Built in the Soviet days, the massive Druzhba network originates in the Samara region, branching out into Belarus, Ukraine, and the Baltic States, and takes oil westward to Poland and Germany in the north and Slovakia, the Czech Republic, and Hungary in the south. Pipelines connecting to Druzhba take oil further west to Austria and south to the Adriatic Sea.

A 1,490 km stretch of the pipeline runs through Ukraine, with Ukrainian government company UkrTransNafta operating it.

Before the escalation of the Ukraine conflict, Kiev collected between $2-3 billion in annual transit fees from the oil and gas pumped through the country by Russia to Europe. Gas and oil flows have continued through the past three months, notwithstanding the unprecedented crisis. However, Ukraine moved to suspend the flow of some Russian gas deliveries to Europe earlier this month under the pretext that Moscow was "diverting supplies" - a tactic Russia has repeatedly accused Kiev itself of using.

The proposal to “do something” to Druzhba is part of the broader Ukrainian-Hungarian diplomatic feud, which in addition to geopolitical considerations also has a minority rights component. The spat has its origins in the 2014 Euromaidan coup, when nationalist and pro-Western forces overthrew the government in Kiev and proceeded to enforce social reforms which clamped down on ethnic minorities residing in the country. Over 150,000 Hungarians live in Ukraine’s western Zakarpattia region. Budapest was incensed by a 2017 education law which limited Hungarian-language study to the first four grades of primary school, calling it discriminatory. Kiev refused to repeal or amend the law, which also affected Russian-speaking Ukrainians across the country, to account for its ethnic Hungarian citizens’ interests.

Viktor Orban’s efforts to maintain cordial diplomatic and trade relations with Russia, and Budapest’s refusal to allow NATO to send weapons to Ukraine through Hungary, has further complicated the country’s relations with Kiev. Earlier this month, Orban’s name appeared on the Security Service of Ukraine-curated website Myrotvorets, which publishes the personal information of so-called “enemies of Ukraine”. Several individuals whose names have been posted on the site have been murdered. 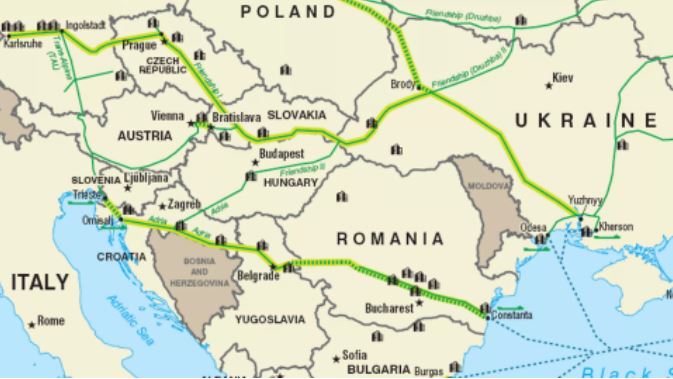